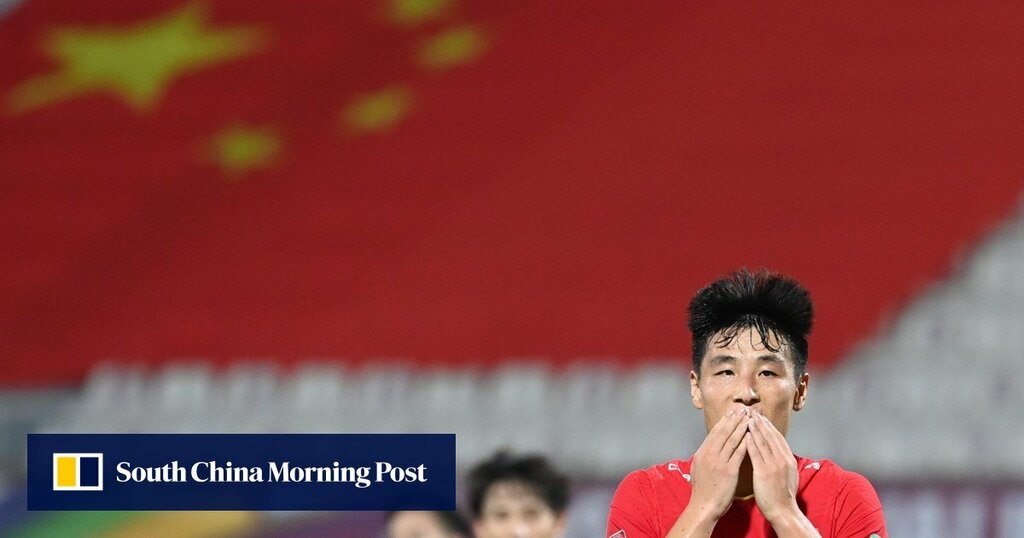 China moved off the bottom of the Qatar 2022 qualifying group after securing their first points of the third round with a dramatic late win over Vietnam to keep their slim hopes of a second Fifa World Cup appearance alive.

The match ended 3-2 to the nominal hosts in Sharjah, with the game moved from China to the UAE as the Chinese Football Association chose to play overseas amid the country’s strict Covid-19 regulations.

Espanyol forward Wu Lei bagged a dramatic late winner in the fifth minute of second half stoppage time to hand Li Tie’s side a first win of this final stage of qualifying for next year’s Fifa World Cup in Qatar.

Vietnam’s Nguyen Tien Linh had levelled the scores at 2-2 in the 90th minute before Wu’s late heroics.

Late drama as Wu Lei steals the 3️⃣ points for China in Group B after Nguyen Tien Linh equalises in the 90th-minute! #AsianQualifiers #CHNvVIE pic.twitter.com/YTP6p5IPm5

China’s national team – aside from the Spain-based Wu – have been together at a month-long training camp preparing for these qualifiers.

“This is our home court, but there is no audience. It is indeed a lot of pressure. The result is very good. I shouldn‘t touch the last ball. I think it is not easy,” Wu added.

Coach Li also mentioned the oddity of playing their “home” games overseas, and said that he hoped to play in China soon.

“We have played three games now, two of which we are at home, but in fact we played in a neutral stadium. I hope to return to China as soon as possible and play in stadiums with fans.

“We are very grateful to the Chinese fans who have stayed up all night in front of the TV to cheer for us. We will work hard to make the game better and better.”

It was a tentative first half in Sharjah and goalless at the break before the floodgates opened after the interval.

Beijing Guoan’s Zhang Yuning – who had a goal chalked off for offside in the first half – opened the scoring in the 53rd minute, firing home after Wu had a shot saved. Wu then doubled the lead on 75 minutes to put China in control.

Who wants more World Cups? You do – and so does China

However, Vietnam – who had also lost their first two matches in this third and final stage of Asian Football Confederation qualifying – were not done.

Ho Tan Tai pulled a goal back on 80 minutes before Nguyen appeared to have secured a share of the spoils, until Wu turned home.

Coach Li Tie was pleased with the match, saying that the first 80 minutes proved China can play football, and then pointing to his players’ attitudes to grab a late winner.

“However, the players did not give up, scored at the last minute and won the game. Luck is also on our side,” he added.

China entered the game as the bottom team in the group, pointless after losses to Australia and Japan, and behind Vietnam on goal difference.

Which was the most entertaining match for you? pic.twitter.com/FpPUBOx0O1

Now they sit second bottom, three points above Vietnam and level on points with Japan and Oman.

Above them, Saudi Arabia and Australia kept up their 100 per cent records in their third matches. Australia beat Oman 3-1 at the Khalifa International Stadium in Doha, Qatar, while Saudi Arabia won 1-0 over Japan in Jeddah.

The top two teams in the group qualify automatically for Qatar 2022 with a play-off spot on offer for third place teams in both groups.

China have qualified once for the Fifa World Cup finals, making their sole appearance at the 2002 World Cup in Japan and South Korea.