How China aims to offset recent US overtures to Southeast Asia 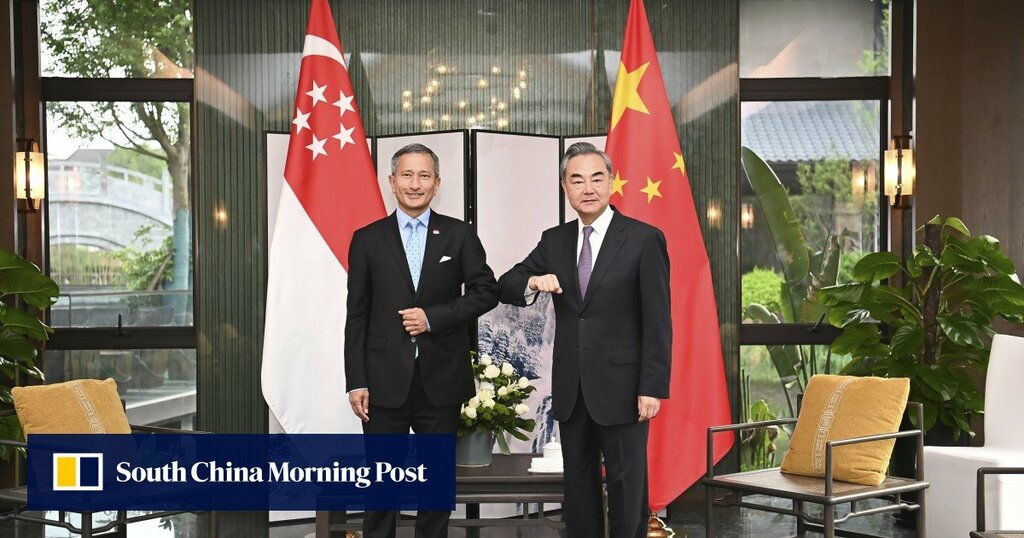 Beijing is looking to boost relations with its Southeast Asian neighbours with Foreign Minister Wang Yi’s second tour of the region this year, starting with a three-day visit to Vietnam on Friday.

It is the latest in a counterbalancing effort with the US and follows hard on the heels of US Vice-President Kamala Harris’ visit to Asia.

Wang is the latest senior Chinese official to visit Vietnam since April and is expected to meet his counterpart Bui Thanh Son in Hanoi before co-chairing a meeting of the China-Vietnam steering committee for bilateral cooperation – an inter-government mechanism – with Vietnamese deputy premier Pham Binh Minh, according to the Chinese foreign ministry.

Wang will then head to Cambodia for the inauguration of the US$160 million China-sponsored Morodok Techo National Stadium, followed by a visit to Singapore. After that, he will fly to Seoul on Tuesday for talks with his South Korean counterpart Chung Eui-yong and President Moon Jae-in.

The latest Asian tour by China’s top diplomat comes only three weeks after Harris called out Beijing’s actions in the South China Sea during her visit to Singapore and Vietnam, saying the Asian power continued “to undermine the rules-based order and threaten the sovereignty of nations”. Harris also reaffirmed Washington’s commitment to the region, which was largely ignored by the administration of former US president Donald Trump.

Xu Liping, a senior research fellow with the Chinese Academy of Social Sciences, noted that Wang’s trips to Vietnam and Singapore could signify that Beijing was seeking to counterbalance the US’ influence in the region after a series of high-level visits by American officials.

In July, Defence Secretary Lloyd Austin became the first US cabinet minister from the present administration to visit Southeast Asia, where he also chose Singapore and Vietnam as his destinations.

In Beijing on Tuesday, foreign ministry spokesman Wang Wenbin said the foreign minister was expected to carry out “deep and strategic communications” during his tour of the four neighbours. “China is ready to work with these four countries to … jointly safeguard multilateralism and international justice and fairness.”

Tensions have occasionally flared between Beijing and Hanoi over the disputed South China Sea, even though the two sides have repeatedly pledged to peacefully resolve their conflicts over the strategic waterway.

Cheng said Beijing could step up help, including offers of vaccines, to Vietnam which has been battered by a variant-fuelled surge over the past months, putting most of the country into lockdown. Only 3.3 per cent of Vietnam’s population is fully vaccinated, the lowest in Southeast Asia, and its need for vaccines remains high.

“Chinese vaccines could play an important role in Vietnam’s battle against the pandemic and if China can provide some help at this moment, that could also help boost strategic trust between China and Vietnam,” he said.

Beijing has ramped up its engagement with Hanoi ahead of Wang’s visit. On Tuesday, Politburo member Zhao Leji, who heads the Chinese Communist Party’s top anti-corruption body, had a virtual meeting with Tran Cam Tu, chief of the ruling Vietnamese Communist Party’s equivalent body. The two sides agreed to improve intraparty exchanges, according to China’s state news agency Xinhua.

On Wednesday, via video link, China’s No 4 official Wang Yang told Do Van Chien, secretary of the Vietnamese party’s Central Committee and president of the Vietnam Fatherland Front Central Committee, that China was willing to work with Vietnam to “enhance mutually beneficial cooperation and solidarity in the fight against the pandemic”.

Observers said post-pandemic economic recovery would be another priority of Wang’s trip.

Last month, Chinese exports surprised many by growing 25.6 per cent from the previous year, to a total of US$294.32 billion. That included US$39.49 billion to the 10-member Association of Southeast Asian Nations, which continued to be China’s largest trading partner, ahead of the European Union and the US.

China’s trade surplus with the Asean states also dropped 15.99 per cent year on year to US$6.71 billion in August.

Xu said Wang was likely to push for an early implementation of the Regional Comprehensive Economic Partnership (RCEP) – the mega free-trade agreement among China, Japan, South Korea, Australia, New Zealand and Asean – which aims to eliminate 90 per cent of tariffs and could significantly boost trade in the region.

So far only China, Japan, Singapore and Cambodia have ratified the deal and Chinese officials have repeatedly expressed hopes that it could take effect on January 1.

“Discussions over possible cooperation after RCEP could be raised in his meetings in Singapore as well,” Xu said.