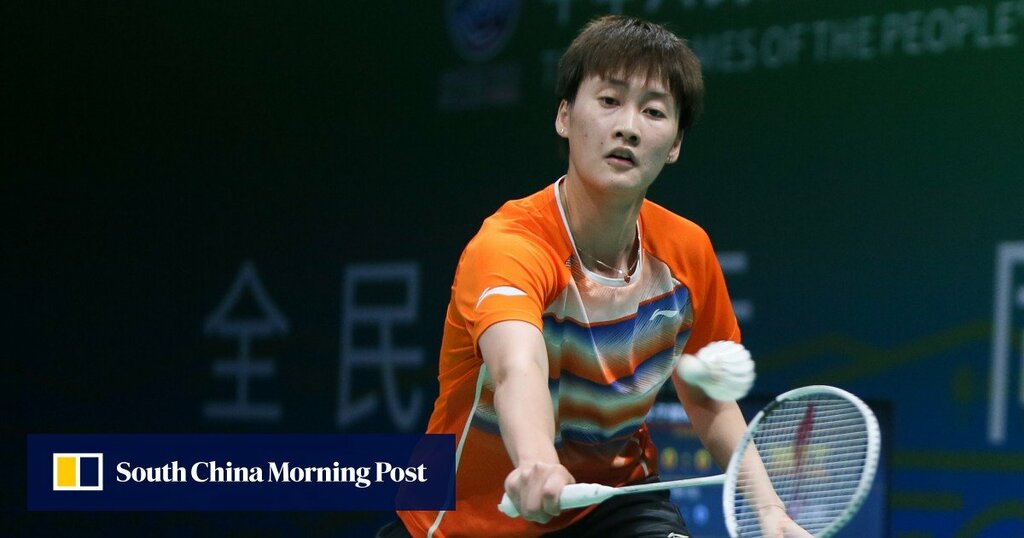 Olympic badminton champion Chen Yufei has been delighting spectators in China’s ancient city of Xian, with at least one fan skipping classes on Tuesday to watch her latest victory in the qualifying matches for the country’s 14th National Games.

The games will be officially opened tonight by President Xi Jinping at the Xian Olympic Sports Centre but competitions have been under way for weeks in several cities in Shaanxi province to determine who will vie for medals in the country’s premier multi-sporting event, held every four years.

Liu Minghao, a badminton enthusiast who studies at a downtown college, was thrilled to finally see Chen in person at Xidian University’s Invengo Gymnasium on the outskirts of Xian. “It’s the top sporting event in China, and my first time seeing my idol playing in person. I’m excited about the opportunity,” he said.

About 1,800 people watched the badminton qualifiers at the 6,000-seat venue, with the most expensive ticket selling for just 80 yuan (US$12). Like the other spectators, Liu had to not only be fully vaccinated to attend, he also needed to have tested negative for Covid-19 within the previous 72 hours.

The week-long Delta variant outbreak in Fujian province – nearly 1,500km away from the games – prompted Liu’s college and other campuses in the city to organise free testing for students returning from other parts of the country for autumn classes. “Otherwise I would have needed to go to a hospital and pay for the test myself,” Liu said.

The sporting gala – China’s first major competition in the Covid-19 era – will run until September 27 with strict restrictions aimed at keeping the infection out of the event. Like the Olympics, it will be followed next month by games for people with disabilities.

For local retiree Li Xia, Chen’s qualifying victory on Tuesday may be the only event she attends. “I guess this should be the only game I’ll watch. It’s too much trouble for me, not to mention people who have come from other provinces,” she said.

Covid-19 restrictions may dampen attendance numbers, but enthusiasm is expected to be high as China’s top athletes come together just weeks after their success at the Tokyo Olympics.

As the starting point of the ancient Silk Road, Xian is one of China’s most popular tourism destinations but has seen fewer visitors than usual because of the pandemic. Sports fans arriving from outside Shaanxi province will be required to provide a negative nucleic acid test within the previous 48 hours.

All athletes, technical officials and registered media workers will have to take a test every two days.

With more than 12,000 athletes competing in 410 events across 35 sports, the organisers are making sure no participant gets infected, Gao Zhidan, deputy head of the government’s General Administration of Sport, said on Tuesday.

“The 14th National Games is the first major multi-sport event in China since the outbreak of the coronavirus. It’s also the biggest-scale and highest-level sports event in China before the Beijing Winter Olympics,” he said.

Covid or no Covid, let the National Games begin in China’s Xian

“With the experience of the Olympic Games in Tokyo, we have worked out an anti-coronavirus plan that covers all delegations, technical officials, staff workers, game venues as well as the general public,” said Gao, who is also deputy director of the event’s organising committee. “We are striving for zero infections.”

More than 11,000 volunteers – mostly university students – who will perform at the opening ceremony have been isolated since the beginning of September as part of the Covid-19 measures. Several employees at Xidian University said the volunteers would remain in isolation until the closing ceremony in two weeks’ time, when they will perform again.