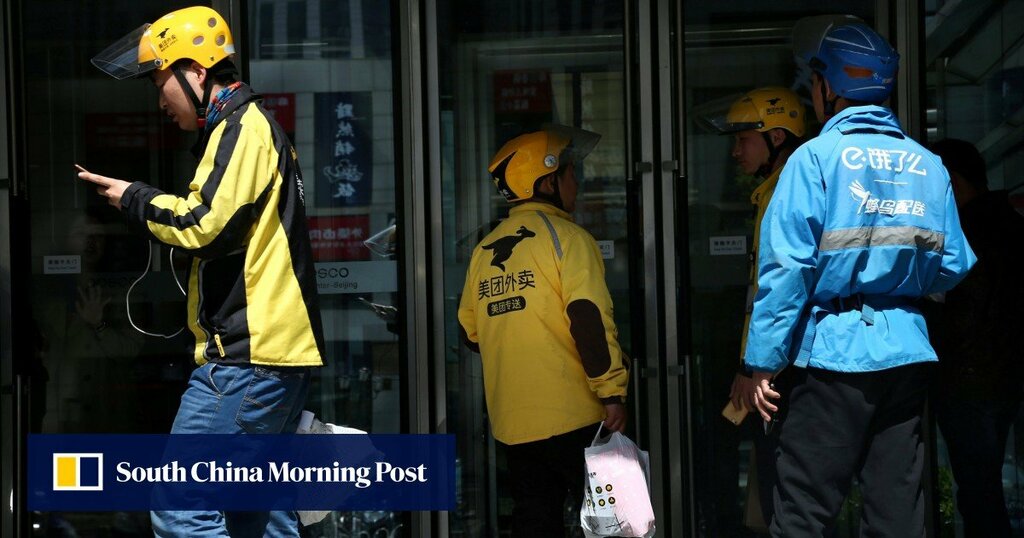 Chinese regulators on Friday summoned some of the country’s biggest internet platform operators – including Alibaba Group Holding, Tencent Holdings, Meituan and Didi Chuxing – to a meeting to discuss their efforts to protect the basic rights of gig economy workers, following new guidelines issued by the government in July.

The 10 internet companies called to the meeting were directed to “play a leading role” in caring for these workers and shouldering the social responsibilities for employing them, according to a statement on Friday released by the Ministry of Human Resources and Social Security (MOHRSS). The ministry also told the companies to each draw up their timetable and road map to comply with the guidelines, including signing up gig workers to contracts.

The new guidelines, which were jointly issued by the State Administration for Market Regulation (SAMR) and six other government agencies, are meant to protect the basic rights of gig workers such as delivery and ride-hailing drivers. Their rights include being provided a basic income, work safety, food safety, a decent working environment and access to insurance coverage.

Also taking part in the MOHRSS meeting were the Ministry of Transport, the SAMR and the All-China Federation of Trade Unions, which answers to the Chinese Communist Party and operates as the country’s sole legally mandated labour union.

The meeting ramped up Beijing’s pressure on internet platform operators to provide gig workers a “fair share” of the industry’s benefits. China’s gig economy is estimated to provide around 200 million jobs in the country.

The SAMR-led guidelines announced in late July came days after the MOHRSS, along with seven other government agencies, published a separate guideline on guaranteeing the basic rights of workers in “new employment forms”.

Labour issues at big on-demand services platforms, such as Meituan and Ele.me, have come under scrutiny in recent years. In April, a government video that showed a local labour official in Beijing working an arduous 12-hour shift as a Meituan employee went viral on Chinese social media.

Still, China has kept a wary eye on any spontaneous strike or organised campaign by gig economy workers. A delivery man called Chen Guojiang, also known as Mengzhu, was arrested in March on charges of “provoking trouble” after he tried to mobilise strikes among fellow delivery men in Beijing.