With China mired in its worst economic funk in recent memory, Mr. Li is helping press China’s authoritarian leader to dial back some measures that steered the country away from Western-style capitalism and contributed to China’s economic slowdown, according to government officials and advisers close to decision-making.

Under Mr. Li’s influence, those people said, Beijing recently eased a regulatory crackdown on private technology firms, loosened lending to property developers and home buyers, and acted to help some manufacturers resume production when much of China has been forced into lockdowns by Mr. Xi’s zero-Covid approach.

Mr. Li, 66 years old, is also trying to influence the selection of his replacement when he steps down as premier in less than a year, said the people close to decision-making. His goal is another premier who would be a counterweight to Mr. Xi as he consolidates power to rule for at least another five years, the people said.

In China’s opaque political system, it is difficult to gauge how much support Mr. Li has. The people close to decision-making said his moves are backed by some Communist Party officials who worry Mr. Xi has focused too heavily on adhering to an ideology rooted in Mao Zedong’s socialist vision, rather than on giving priority to practical measures to ensure economic growth.

Supporters of Mr. Li’s efforts include officials with ties to the Communist Youth League, a once-powerful organization that produced past leaders including former party chief Hu Jintao, but has fallen out of favor in the Xi era.

Last month, during an inspection tour of Jiangxi, a farm province in eastern China, Mr. Li visited an industrial park populated with e-commerce firms. That industry has been hit hard by Mr. Xi’s campaign to rein in tech companies and punish what Mr. Xi has described as “disorderly expansion of capital"—a euphemism for unchecked free-market behavior.

Standing in front of a crowd of e-commerce executives and their employees, Mr. Li promised to invigorate the “platform economy"—meaning internet-based businesses such as online retailer Alibaba Group Holding Ltd.—and to promote entrepreneurship. “We support the platform economy," the premier told a cheering crowd, according to a video of the event. “We support entrepreneurs."

A few days later, a meeting of the Politburo, a 25-member central decision-making body, signaled a halt to Mr. Xi’s regulatory crackdown on tech firms, which has included hefty fines and other punishments that have eroded business confidence and led to mass layoffs. An official readout of the meeting called for measures to “support the standardized and healthy development of the platform economy."

The people close to decision-making said feedback Mr. Li and his team had received from inspection tours since late last year showed that Mr. Xi’s clampdown had hurt employment and growth. “Li is the driving force behind the shift," one of the people said.

Such changes, however, aren’t expected to lead to a paring back of Mr. Xi’s expansion of the state’s role in the economy or to enhance China’s engagement with the West. Mr. Xi remains China’s most powerful leader in decades, and many senior leaders agree with his hard-line policies.

Policy victories by Mr. Li and his supporters could easily be reversed. Mr. Xi’s distrust of private capital would make it difficult for any other senior leader to steer China back toward economic liberalization.

Regardless, for now, Mr. Li’s profile has been rising. An analysis of state-media reports by Minxin Pei, editor of quarterly journal China Leadership Monitor, shows that Mr. Li appeared in newspaper headlines 15 times more in 2021 than the previous year, and is on track to roughly double last year’s number if early-2022 trends continue.

Before 2021, Mr. Li was “practically nonexistent," said Mr. Pei, who is also a professor of political science at Claremont McKenna College in California. Now, the premier “looks better by the day," he said. “Xi is an ideological leftist deep down, but he has to make tactical compromises over the economy."

Frustrations with Mr. Xi’s leadership are building ahead of a pivotal party conclave this fall, where he is aiming to secure a third term. While that plan remains on track, there is uncertainty whether Mr. Xi will be able to surround himself with loyalists or will have to make room for dissenting views, as was common in previous Chinese governments.

The new makeup of the party’s top leadership body, the Politburo Standing Committee, will be decided this summer when current and former Chinese leaders meet in the northern seaside town of Beidaihe, according to party insiders.

People close to Mr. Li describe him as a skilled but cautious politician who has embraced market liberalization, yet is driven more by pragmatism than ideology.

As a young man, he studied law at the prestigious Peking University, then pursued a doctorate in economics under a prominent Chinese economist known for advocating Deng Xiaoping’s market-reform agenda and privatizing state firms.

While at the university, he joined the leadership ranks of the Communist Youth League, which had a reputation for embracing economic reform, albeit within the party system.

Mr. Li eventually became the favorite of then party chief, Mr. Hu, to succeed him, but Mr. Hu was outmaneuvered by party elders who favored Mr. Xi, a son of a revolutionary leader, according to historians and party insiders. Mr. Li settled for the No. 2 position.

During the two decades before Mr. Xi rose to power, the premiership had considerable clout. The president, who is also the party chief, oversaw politics, diplomacy and security. The premier, technically the head of government, managed the economy.

Mr. Li also wanted state firms to slim down and become more efficient, and to make it easier for migrant workers’ families to get education and other benefits in cities.

That term fell out of favor when it became clear Mr. Xi was subverting the traditional division of labor between the president and the premier and taking charge of the economy.

Since then, Mr. Xi has hammered home the need for tighter party control over the economy with a wider role for state enterprises. He reined in the Communist Youth League, in part through corruption investigations.

Mr. Li’s urbanization plan was supplanted by one focused on building up smaller cities and towns. His push to revamp state firms was trumped by Mr. Xi’s emphasis on strengthening the state sector. His support for Internet-based businesses, seen as a way to provide jobs, was followed by Mr. Xi’s effort over the past year to bring those firms to heel.

Mr. Li fell into line. Party insiders said he had little choice but to accept a supporting role.

Widening grievances within the party over Mr. Xi’s policies are creating an opening for Mr. Li and his supporters. China’s economy is struggling, and its financial markets are suffering. Some economists expect growth to contract this quarter. Millions of graduates are struggling to find jobs.

Mr. Xi’s entente with Russian President Vladimir Putin is leaving China more isolated on the world stage than any time in decades. Frustration with Mr. Xi’s autocratic style is boiling over, according to people familiar with party discussions.

In feedback gathered recently by Communist Party schools, which help disseminate policy in China, many party members expressed concern that Mr. Xi puts ideology over practical steps to keep the economy strong, according to the people familiar with the discussions.

As doubts grow about Beijing’s resolve to continue Deng Xiaoping’s “reform and opening," which has propelled Chinese growth since the 1980s, economic development remains the party’s central task, Mr. Li has said in recent meetings with multinational executives, local officials and government advisers.

Mr. Li has overseen much of the recent effort to shore up growth, including prodding banks to lend. The Finance Ministry is speeding up approval of local bonds to help finance infrastructure investment, while putting on the back burner experiments with new property-tax programs that Mr. Xi had advocated as a way to tamp down housing speculation.

Mr. Li’s efforts will be put to the test at the all-important party conclave later this year.

Mr. Xi’s desired candidate for the next premier, Li Qiang, Shanghai’s party secretary, is being criticized by some inside the party for his handling of Covid-19 outbreaks in the city, where lockdowns led to widespread anger.

Candidates supported by Premier Li may be gaining ground, people familiar with decision-making said. They include Wang Yang, who heads China’s top government-advisory body, and Hu Chunhua, a current vice premier in charge of trade and foreign investment. Both held roles in the Communist Youth League.

Mr. Wang was named mayor at age 33 of a Yangtze River port city, where locals dubbed him “baby mayor." He later ran the southern province of Guangdong, known for entrepreneurship and technology development.

Mr. Hu also ran Guangdong, between 2012 and 2017, after years of governing Inner Mongolia. He is known to many as “little Hu" because of similarities between his career and Hu Jintao’s. 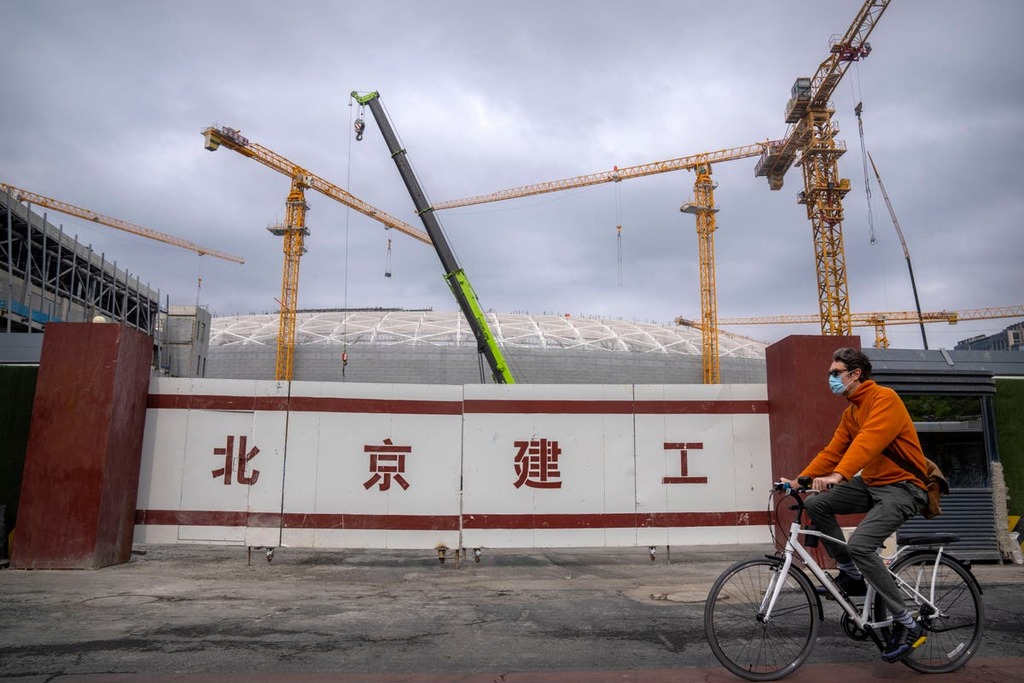 China fights economic slump, sticks to costly 'zero COVID'
China’s leaders are struggling to reverse a deepening economic slump without giving up a “zero-COVID” strategy that shut down Shanghai…