What’s new: Chinese Foreign Minister Wang Yi will visit eight countries in the Pacific and from this week as Beijing seeks to boost security ties in the region.

Wang’s trip will last from Thursday to June 4, during which time he plans to visit the Solomon Islands, Kiribati, Samoa, Fiji, Tonga, Vanuatu, Papua New Guinea and East Timor, according to a ministry statement (link in Chinese).

The Solomon Islands confirmed Wang’s visit will take place later this week, describing his visit as a “milestone” in the island nation’s relationship with China, according to a government statement issued Monday.

The statement quoted Li Ming, China’s ambassador to the Solomon Islands, as saying that “the highlight of the visit is the signing of a number of key bilateral Agreements with the national government.”

The background: Wang’s visit comes after China and the Solomon Islands signed a security pact in April to help the South Pacific country enhance its capacity to maintain social order and protect the safety of its people and their property.

The deal has been a subject of concern by the U.S., Australia and New Zealand over whether it could pave the way for China to establish a military base on the Solomon Islands.

Meanwhile, China is intensifying its drive for influence in the Pacific by negotiating security deals with two other island countries, including Kiribati, the Financial Times reported, citing officials in the U.S. and allied countries. 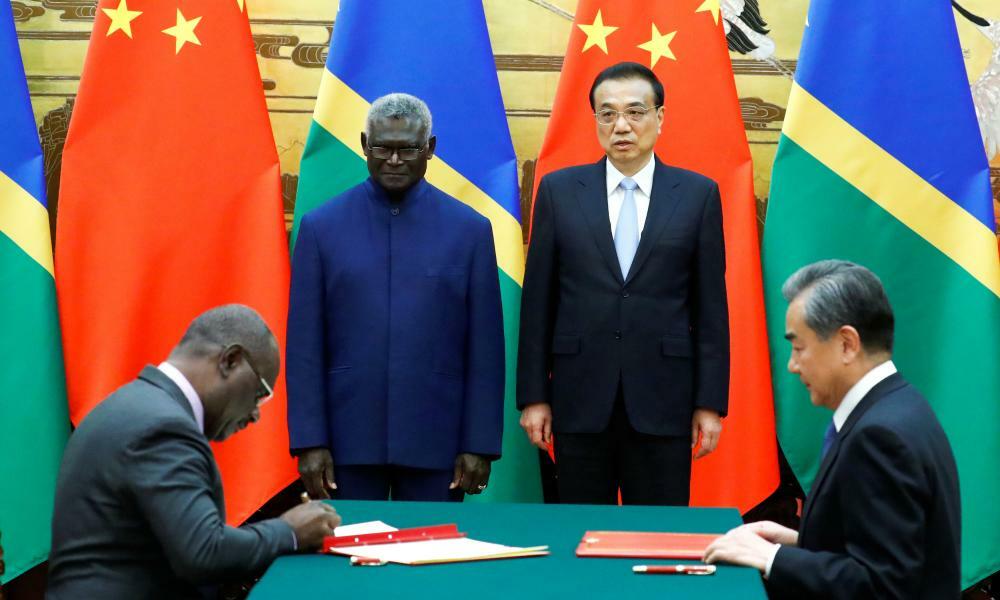 China’s foreign minister to visit Solomon Islands amid push for more deals with Pacific countries
Tour, which includes Fiji and Papua New Guinea, comes amidst ‘uptick of tempo’ in China’s engagement in the Pacific

The Guardian - AU
One subscription that gives you access to news from hundreds of sites
China's foreign minister, Wang Yi, arriving for Pacific Islands visit

Wang Yi will visit eight countries in 10 days, but media access to his diplomatic push has been severely restricted