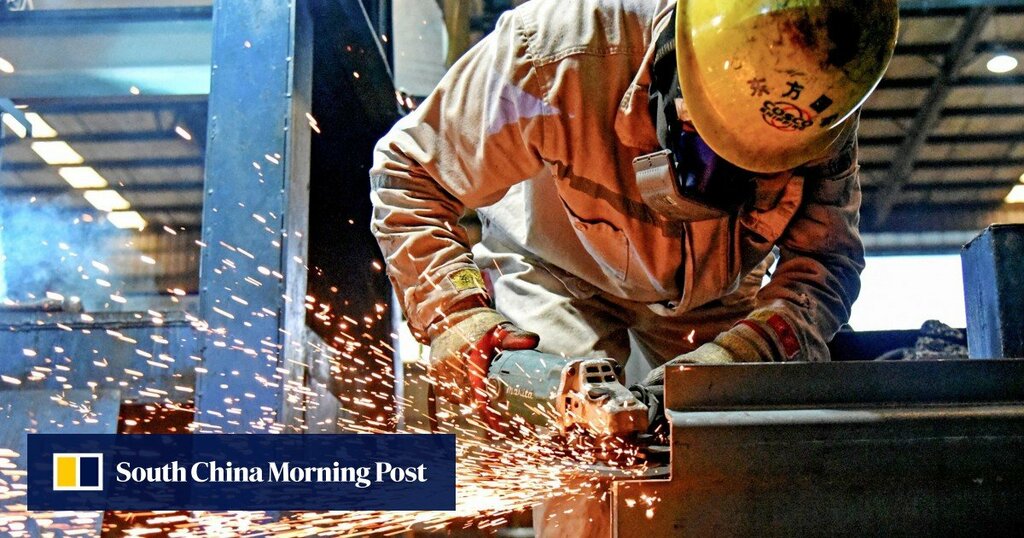 The producer price index (PPI), which reflects the prices that factories charge wholesalers for their products, rose by 9.5 per cent in August from a year earlier, from a gain of 9 per cent in July, the National Bureau of Statistics (NBS) said.

This was the fastest pace since hitting 10.1 in August 2008 and was also above expectations, as a Bloomberg survey of analysts had predicted an unchanged reading.

It is also the third-highest reading since the start of the NBS database in October 1996, with the PPI index also hitting 10 per cent in July 2008.

China’s official consumer price index (CPI), meanwhile, rose by 0.8 per cent in August from a year earlier, down from 1 per cent in July, the NBS said.

This was below the Bloomberg survey median, which had also predicted an unchanged reading.

Beijing has set a 2021 CPI growth target of around 3 per cent, compared with around 3.5 per cent last year.

“Producer price inflation reached its highest since August 2008 last month due to the rally in global commodity prices. But the breakdown suggests that upward pressure on the factory-gate prices of consumer goods is easing,” said Julian Evans-Pritchard, senior China economist at Capital Economics.

“Coupled with continued declines in food prices, this dragged consumer price inflation back below 1 per cent. We think PPI inflation is likely to ease before long while CPI inflation will remain muted this year.”

China’s core consumer inflation rate, excluding volatile food and energy prices, rose by 1.2 per cent in August compared with a year earlier, down from 1.3 per cent in July.

Food prices fell by 4.1 per cent from a year earlier in August, down from a fall of 3.7 per cent in July.

Non-food prices rose by 1.9 per cent in August, year on year, up from a reading of 2.1 per cent in July. The price of pork – a staple meat on Chinese plates – dropped by 44.9 per cent compared with a year earlier in August.

NBS senior statistician Dong Lijuan explained that due to the impact of sporadic coronavirus outbreaks across the country, coupled with the impact of rainstorms and summer heat, the price of fresh vegetables and eggs accelerated last month, while the price of pork declined as the supply continued to increase.

“Mainly affected by the pandemic, the consumption of travel services such as air tickets, tourism and hotel accommodation has been restrained, and prices have changed from rising to falling [in month-on-month terms],” she said.Source: National Bureau of Statistics

“Industrial product price hikes also accelerated both compared with last month and last year in August, affected by rising prices of products such as coal, chemicals and steel.”

China’s economy has staged an impressive recovery from the lows of the coronavirus pandemic, growing by 7.9 per cent in the second quarter of 2021 compared with a year prior, and it grew by 12.7 per cent in the first half of the year versus the same period in 2020.

But economists have since slashed their economic outlooks for China in light of the Delta variant spreading across the world’s second-largest economy, with high raw material prices, tighter property curbs and a campaign to reduce carbon emissions adding to the slowdown.

“We doubt producer price inflation will rise much further. Base effects will start to weigh heavily on the headline rate around the turn of the year,” added Evans-Pritchard.

“And we think coal and metal prices are likely to drop back over the coming months as the recent slowdown in credit growth and tighter restrictions on the property sector start to weigh more heavily on construction activity.

“Meanwhile, with pork prices still falling, food deflation looks set to remain considerable for a while. As such, headline consumer price inflation should remain below 2 per cent in the coming quarters and is unlikely to constrain the [People’s Bank of China’s] ability to loosen monetary policy.”