Beijing (AFP) - China's economy showed further signs of strain on Thursday with data showing a sharp slowdown in consumer spending and factory production, while investment growth hit a record low as the trade war with the US takes its toll.

The readings are the latest to give a headache to leaders in Beijing, who are battling the tariffs row with the US as well as a weak global outlook, while trying to control a debt mountain at home.

Officials said retail sales, a key gauge of spending by the country's vast army of consumers, grew 7.2 percent on-year last month, down 0.6 percentage points from September and short of expectations.

The figures from the National Bureau of Statistics also showed growth in industrial production came in at 4.7 percent, from 5.8 percent a month earlier.

And fixed-asset investment expanded 5.2 percent in the first 10 months, the lowest recorded since comparable data began being reported in 1998.Forecasts had been for 5.4 percent.

Liu Aihua at the NBS warned China was facing a "complex international economic situation" with downward pressure on the domestic economy.

And analysts warned of more headwinds for the world's number two economy, which expanded six percent in the third quarter, its worst reading in almost three decades.

Authorities have unveiled a series of measures to kickstart growth including major tax and rate cuts as well as scrapping foreign investment restrictions in its stock market.

The latest figures follow data at the weekend showing factory prices falling at their fastest pace in three years as orders slow down, while consumer price inflation is only being supported by a surge in the cost of pork owing to an African swine fever epidemic.

There are hopes that the trade stand-off with the United States can be resolved with the two close to a partial agreement that could see them begin to roll back the tariffs each have imposed on hundreds of billions of dollars-worth of goods.

But Rasmussen warned that while optimism about a mini trade deal could "provide a boost to corporate investment in the near term", the focus would soon afterwards shift to "more intractable issues that we think will eventually lead the (wider) trade talks to break down". 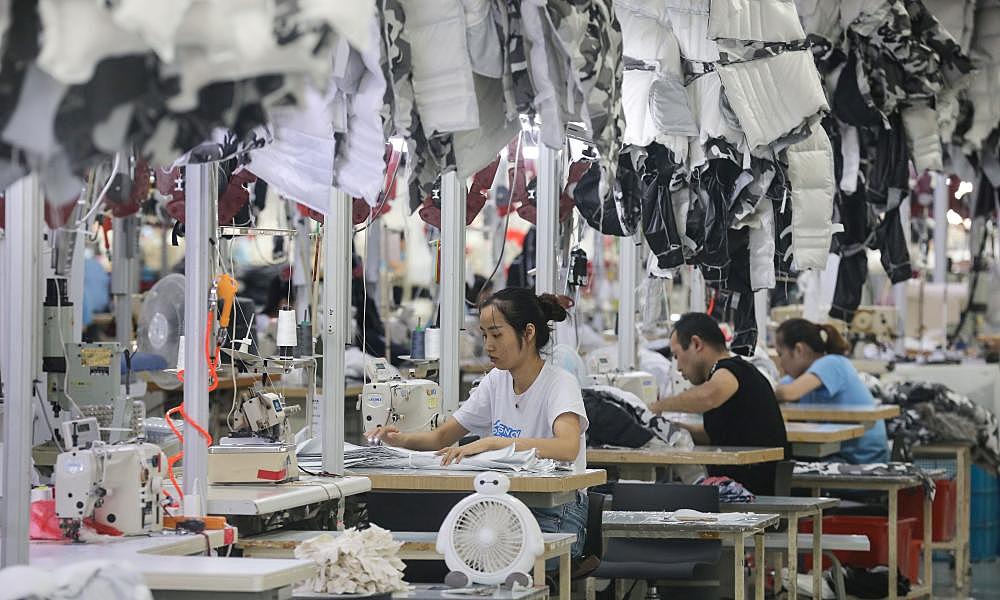 AFP
How is the US economy doing? Here are 5 key signs to watch right now
If the U.S. economy closely resembled any object, it'd probably be a broken traffic light.

Tokyo (AFP) - Japanese growth slowed significantly in the third quarter of the year, according to government data released on…