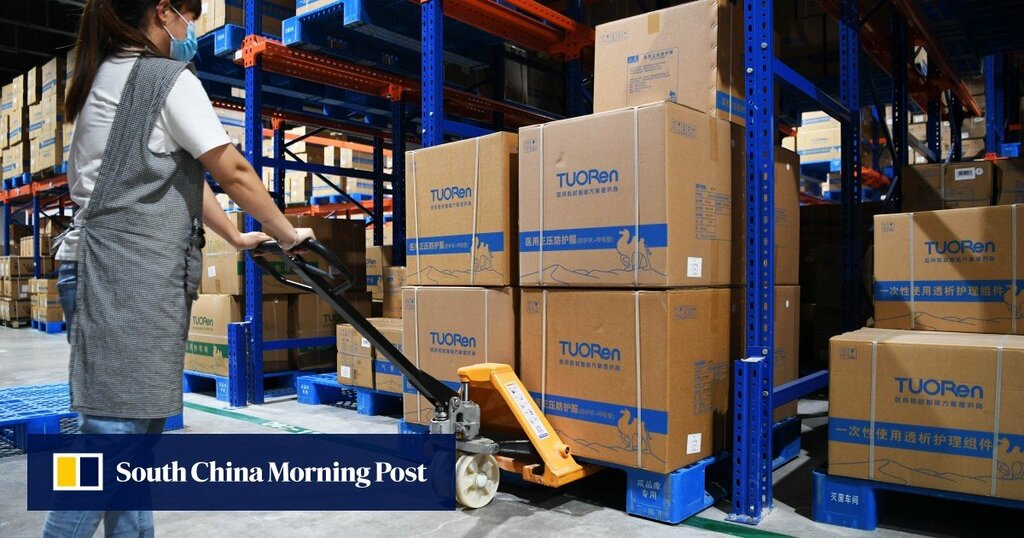 Chinese exports have surprised by growing 25.6 per cent in August from a year earlier, totalling US$294.32 billion and beating expectations that they would post another slowdown in August after July’s subdued performance of 19.3 per cent growth.

The latest figures also beat Bloomberg’s surveyed expectations among economists of a 17.3 per cent rise.

In the same month last year, exports rose by 9.5 per cent as the impact of the coronavirus eased, meaning the latest figures started from a higher base than in previous pandemic-depressed months.

Imports also did better than expected, lifting by 33.1 per cent in August from a year earlier to US$235.98 billion.

They improved from the 28.1 per cent growth in July and exceeded expectations in the Bloomberg survey that called for a 26.9 per cent gain.

The growth rate was boosted by a favourable base effect, with imports falling by 2.1 per cent in August last year.

In total, between January and August, Chinese exports rose 33.7 per cent year on year to US$2.1 trillion, while imports rose 34.8 per cent to US$1.73 trillion.

All up, China’s total trade surplus rose to US$58.34 billion in August, compared with US$56.58 billion in July.

China’s economy had staged an impressive recovery from the lows of the coronavirus pandemic, growing by 7.9 per cent in the second quarter of 2021 compared with a year prior, and it grew by 12.7 per cent in the first half of the year versus the same period in 2020.

Economists have since slashed their economic outlooks for China in light of the Delta variant spreading across the world’s second-largest economy, and exports, retail sales and industrial production growth all missed expectations in July. But the August rebound defied analyst expectations.

Up until August, all signs pointed to a slowdown in the Chinese economy in the latter part of the year as earnings at China’s industrial firms slowed for the fifth straight month in July due to elevated raw-material prices and supply-chain constraints from extreme weather, as well as sporadic coronavirus cases.

Among trading partners, the 10 countries of the Association of Southeast Asian Nations (Asean) continued to be China’s largest, followed by the European Union and the United States.

Trade with the US continued to lift, given the phase one trade deal between the two countries.