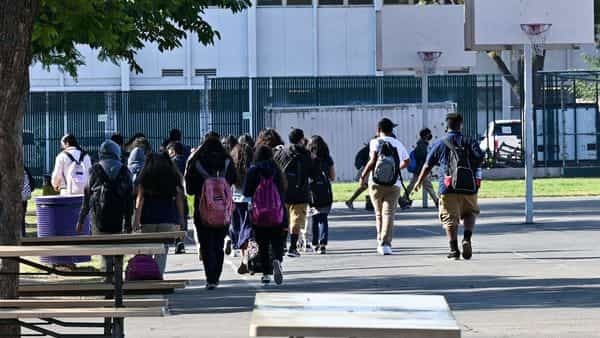 Trying to give some students a taste of foreign affairs, Colorado’s Regis Jesuit High School applied for credentials to attend the United Nations Commission on the Status of Women.

This spring, the U.N. committee that accredits such groups emailed the school. It said there was a hiccup: Regis Jesuit’s website used incorrect terminology for Taiwan, the democratically governed island. The committee suggested modifying it to “Taiwan, Province of China."

Beijing has long used its rising clout to challenge governments and multinationals over its claim that Taiwan is part of China. It’s also increasingly pushing around the runts of global diplomacy, like Regis Jesuit, over the issue.

“We are small potatoes," said Christina Vela, the Spanish teacher in charge of the Aurora, Colo., school’s application.

China sits on the U.N. Committee on Non-Governmental Organizations, which authorizes groups big and small to participate at U.N. functions. At its publicly held meetings, any representative can hold up an application. Chinese bureaucrats scour each group that comes before the committee, scrutinizing every nook and cranny of their websites for references to Taiwan, say researchers who’ve studied the committee. If groups don’t include Beijing’s preferred language, China asks the committee to request changes.

At a committee meeting in May, China requested that Regis Jesuit change how it refers to Taiwan. Soon afterward, the committee emailed the school to point out a year-old article on its website about a student joining the Girl Up Teen Advisory Board, alongside youths from countries including Taiwan, Ms. Vela said.

“No one was ever going to randomly stumble upon that webpage," Ms. Vela said.

She found the request odd but added “Province of China" to the article as requested. A week ago, the U.N. committee endorsed her application.

During the committee’s summer session, scheduled to end Friday, China cited improper Taiwan terminology to stall applications from at least six other groups, including the World Bicycle Industry Association, a French nature society called the Association of 3 Hedgehogs and For All Moonkind, a volunteer team of space lawyers trying to preserve lunar landing sites so they don’t become tourist traps in the far-off future.

“They are consistent and bullish about it," said Eleanor Openshaw, whose nonprofit, the International Service for Human Rights, closely follows the committee. “And they will not sleep until an NGO makes a change that they seek."

Taiwan has governed itself since 1949, when China’s then-government fled the mainland to the island after losing the Chinese civil war to the Communists. The U.N. recognized the government in Taiwan as China’s ruler until switching to Beijing in 1971. Taiwan hasn’t had U.N. membership since.

The U.N. has since adopted Beijing’s characterization. A U.N. spokesman said participants should refer to the territory as “Taiwan, Province of China," and the committee “asks NGOs to respect U.N. terminology for all geographical names." The Chinese delegation of the U.N. Committee on NGOs has taken on the job of making sure everyone wanting to do business at the U.N. knows that.

Many organizations seeking U.N. credentials, including Regis Jesuit, don’t attend committee meetings and learn about the name request via email, which doesn’t identify which country asked for the change. Oblivious or indifferent to the political dispute, many do as asked to expedite their applications, said Rana Siu Inboden, a fellow at the University of Texas Strauss Center for International Security and Law, who studied the committee.

Iain Patton, chief executive of the U.K.’s Environmental Association for Universities and Colleges, had “Province of China" added to a couple of the group’s more obscure webpages after being asked by the committee.

“We did it because we’re intent on getting in and influencing that [U.N.] system from within," he said.

In a committee hearing in May, Chinese representative Zhang Zhe asked that the World Yoga Community, which promotes a “yogic lifestyle globally without any discrimination," change the Taiwan terminology on its website. At a subsequent meeting, Mr. Zhang asked Dileepkumar Thankappan, the organization founder who attended in person, whether he had resolved the issue.

“We already took the Taiwan name out," Mr. Thankappan replied, according to the meeting’s online broadcast. He said the oversight was because his webmaster forgot to press the button to upload the latest version of the site.

Ms. Lin said Mr. Thankappan didn’t tell her before deleting her from the website. She said she was fine with the change and didn’t want to get involved in geopolitics. Mr. Thankappan declined to comment.

Last year, the U.S. representative on the committee challenged China over the practice. Groups should be able to refer to Taiwan however they want, said Courtney Nemroff, and insisting on “terminology in support of particular political positions…would have the effect of censoring organizations’ online presence."

China’s Mr. Zhang responded that “sovereignty and territorial integrity of U.N. member states" is a core U.N. principle, so “using correct terminology is one of the most basic criteria for submitting applications."

“Then it happened to us," she said. “I had no idea we even referenced Taiwan."

The next day, the committee emailed her to direct her toward her site’s donation webpage, where a dropdown menu of countries listed Taiwan and the Chinese-controlled territories of Hong Kong and Macau. The email suggested dubbing Taiwan a Chinese province, as well as appending “Special Administrative Region of China" after both Hong Kong and Macau.

Wanting to resolve the issue quickly so her organization could make statements at the U.N. Committee on the Peaceful Uses of Outer Space, she deleted the webpage.

“Honestly, we don’t get that many donations through the website," Ms. Hanlon said. She hopes the committee will approve her application at its next session.