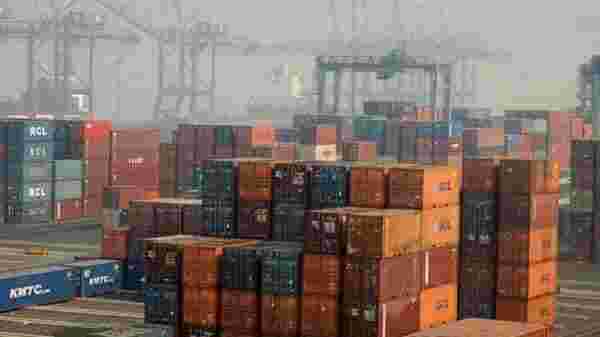 Beijing is trying to fortify the Chinese economy against a prolonged period of tension with the U.S. and other countries, stockpiling some essentials and planning on more domestic production as it accelerates efforts to make China less dependent on the world.

China’s economic agencies, including the top planning authority, the National Development and Reform Commission, and the ministry overseeing agriculture, recently have singled out “security" as a priority for 2022, according to official releases. In particular, authorities are pledging to secure the supplies of everything from grains to energy and raw materials, as well as the processes involved in production and distribution of industrial parts and commodities.

Having ramped up grain purchases in recent months, China has also detailed plans to set aside arable land to grow soybeans, a crop it had all but abandoned after its 2001 entry into the World Trade Organization.

The security-oriented economic agenda marks a step-up on a strategy unveiled by President Xi Jinping in 2020 to give priority to domestic suppliers and consumers as the driver of China’s economy over foreign investment and exports—or as Beijing terms the government shift in emphasis, “dual circulation with internal circulation as the main body."

The inward pivot appears to have accelerated as China’s relations with much of the developed world have become more strained. A host of issues ranging from the Covid-19 pandemic to human rights and Beijing’s claim of sovereignty over Taiwan have pitted the U.S. and many of its allies including Australia, Canada and Japan against China, which has retaliated by restricting imports of some of their products. A ban on Australian coal, in particular, worsened a power crunch in many parts of China last year.

Ever more assertive and nationalistic, China, in turn, is casting about for ways to become more self-sufficient not just in technology but also when it comes to basic necessities such as some food staples for which the country has long relied on imports.

“The Chinese people’s rice bowl must be firmly held in their own hands at all times, and the rice bowl must mainly contain Chinese grain," Mr. Xi told a high-level meeting on agriculture in late December, according to state media.

It isn’t the first time China’s leaders have called for food and overall economic security, but this time the message comes with strong political overtones, highlighting Mr. Xi’s desire to project an image of strength as he prepares to break the established system of succession to stay in power rather than handing over the reins at a once-in-a-decade leadership shuffle late this year.

Also driving the shift are fears of growing vulnerability to U.S. sanctions as the bilateral relationship continues to worsen.

“China has been conscious about food and energy security for a long time," said Patrick Chovanec, a China expert and adviser to New York-based Silvercrest Asset Management Group. “Those things have advanced as priorities."

But the task of self-sufficiency won’t be easy, especially for a country that has benefited enormously from its integration with the rest of the world and become both the world’s factory and its most insatiable consumer of goods.

Exports, which have stayed strong throughout the pandemic, powered China’s growth last year as demands for made-in-China protective gear and work-from-home devices surged. However, domestic consumption, Beijing’s hoped-for source of growth, has remained weak as Mr. Xi’s economic overhaul—centered on empowering the party-state, as opposed to market forces and individuals—dampened business and consumer confidence. Uncertainty over pandemic restrictions also has made consumers hesitant to spend.

Even before stepping up its inward-turning efforts, China had poured resources into its own research labs, universities and companies to try to wean the country off its addiction to foreign technologies like American semiconductors. But industry executives say that even though China likely will be largely self-sufficient in “good-enough" chips such as those used for cameras in the next couple of years, it still will be dependent on the West and Taiwan for more advanced ones, such as those used for electric vehicles, through 2035.

A two-year trade agreement with the U.S. ended last month with neither side budging, leaving in place most of the tariffs imposed on Chinese products. Washington has also increased efforts to limit technology sales to Chinese companies. That is adding urgency for Beijing to foster its own manufacturers as it braces for more sanctions on Chinese firms.

For the coming year, China’s economic mandarins have named food staples such as soybeans and oilseeds as priorities. Since China’s 2001 WTO entry, the country has become almost entirely dependent on countries like the U.S. and Brazil for its soybean needs. Now, Beijing is planning to increase the country’s own production of soybeans, most of which is used to feed pigs, pledging to bump up output in the northeastern Heilongjiang province by 19% this year and 1.6 million acres.

Analysts like Ken Morrison are skeptical about the soybean plan. “Ramping up one crop production diminishes supply in another" such as corn, said Mr. Morrison, a former commodities trader for Cargill Inc., the U.S. agricultural giant, who now writes a newsletter on the industry. “Arable land that’s fit for growing crops is not sitting idle."

China’s stockpiling is already pushing up global prices for grains and other commodities. Analysts and economists are questioning whether China has the ability to build up reserves of oil, coal, iron ore and other materials without having to buy more from countries with which it has testy ties, such as Australia and the U.S.

Beijing’s policy advisers say the self-sufficiency drive is a core feature of the new development era championed by Mr. Xi, an ardent nationalist leader who has stressed the need to produce in China, for China, everything from toilets to satellites. While visiting Fiberhome Networks, a state-owned telecommunication-equipment manufacturer, in November, Mr. Xi reminisced about how the young People’s Republic managed to launch its nuclear and space project in the 1960s despite an international blockade.

He then urged Fiberhome, which was blacklisted by the U.S. for alleged human-rights abuses of Muslim ethnic groups in the western Xinjiang region, to “abandon illusions and rely on ourselves."

But some in Beijing’s official circles also have sought to temper expectations for China’s ability to become mostly self-sufficient in the near term as unrealistic. “We should keep importing what can be imported," said Yang Weimin, a senior economic adviser, at an online forum last month.

While the security emphasis reflects China’s worsening ties with some of its major trading partners, the policy shift at times went so far as to spark fears of armed conflicts. For instance, China’s Commerce Ministry late last year urged local authorities to ensure food supply during the winter. Its vaguely worded statement, issued amid increasingly heated rhetoric on the mainland over Taiwan, prompted fears that Beijing might be preparing to take Taiwan back by force.

Panic buying ensued in some parts of China, prompting a senior Commerce Department official to go on national television to try to calm the jitters.

“The supply of daily necessities is sufficient everywhere and the supply should be fully guaranteed," Zhu Xiaoliang, the official, told state broadcaster China Central Television shortly after the announcement.