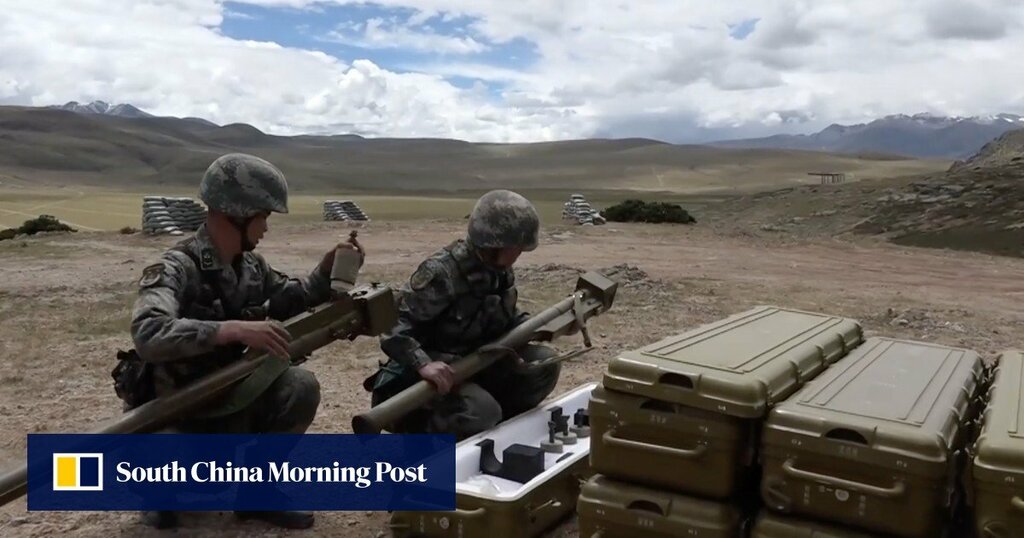 In a live-fire drill on a plateau at 4,700m (15,400-foot) altitude, an air defence brigade under the Tibetan Military District hit several incoming targets, according to video released by state broadcaster CCTV on Monday.

“This exercise has effectively tested the troops’ abilities at high tempo and multitasking,” the report said.

The PLA’s Tibetan Military District oversees the east and central sections of the disputed border with India – the thousands of kilometres of Line of Actual Control (LAC) along the Himalayas.

The two nuclear-armed neighbours occasionally clash over the undecided border. In the worst incident in decades, at least 20 Indian soldiers and four Chinese troops were killed in the Galwan Valley between Indian-controlled Ladakh and Chinese-controlled Aksai Chin in the western section of LAC in June last year.

It was the deadliest skirmish since the 1962 border war and it quickly developed into a military stand-off. Both sides increased the build-up of infrastructure and sent extra troops and equipment to the region.

It remains unresolved after 12 rounds of negotiations between frontline corps commanders. The 13th round is expected to be held “soon”, according to reports.

During the confrontation, Indian media reported that India’s armed forces deployed the supersonic cruise missile system Brahmos and the long-range subsonic cruise missile “Nirbhay” to the LAC last year, despite the latter – which has a designed range up to 1,000km – still being under development.

They also deployed their new French Rafale fighters and US Apache and Chinook helicopters near the frontline airbases close to the border.

In response, the PLA also reinforced its air defence forces in the Tibet and Xinjiang regions along the LAC.

China’s medium and short-range HQ-16 were deployed to the Tibetan Plateau as early as 2016. Last year, the Tibetan air defence brigades’ equipment were reportedly upgraded to a HQ-16B, whose range increased from 40km to 70km thanks to its better engine, wings and guidance system.

The HQ-16 series air defence missile system has also been sold to Pakistan, and deployed to the disputed Kashmir region against India on another front.