China can easily manage a property crash. That’s the problem 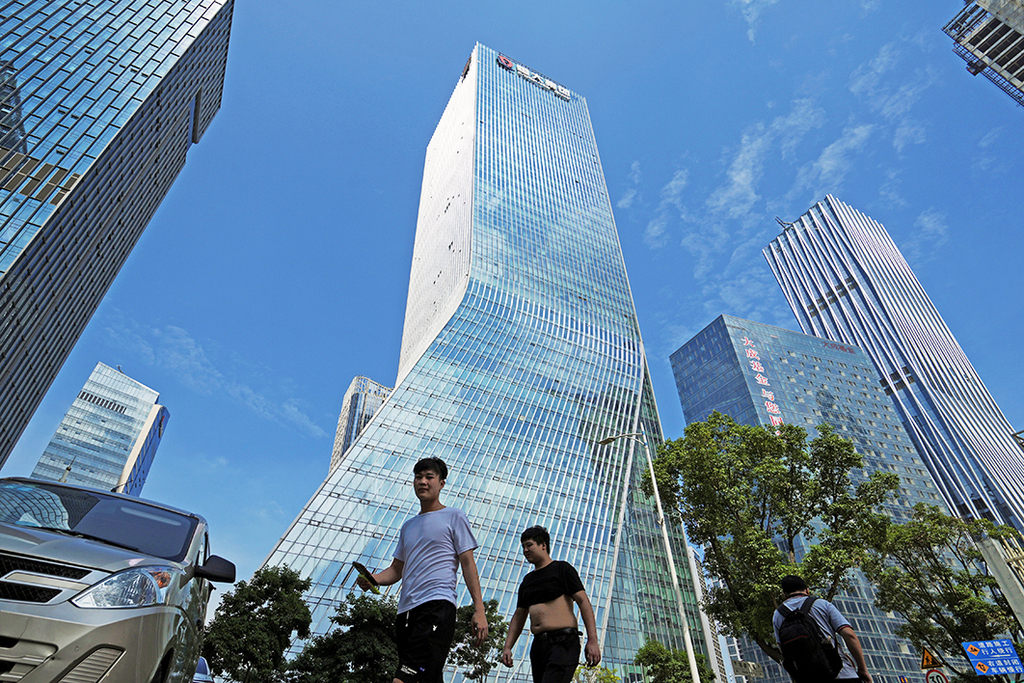 The threat that China’s biggest property developer, Evergrande, might collapse sounds like a recipe for the next global financial crisis. All the ingredients are there: a crashing property market in a big economy, a property sector that represents a whopping 30 per cent of GDP, opaque loans through shadow banks and offshore bond markets, and a raft of property developers with an eye-watering US$2.8 trillion in debt.

But a property crash in China would be vastly different from one in any other part of the world, and that’s because of the enormous amount of control the Chinese government has over the economy, the financial system, cross-border capital flows, labour markets, the media and the Chinese people.

Many believe that this level of control makes a systemic crisis less likely. This is true, but the optimism is misplaced. For China to achieve strong, sustainable and inclusive growth it needs an economy that sources its growth from productivity and innovation. History shows that these depend on well-designed free markets and a government that limits its interventions to delivering public goods and dealing with market failures. While government intervention is often required in crises, flexible markets are also much better at minimising their social and financial cost.

The Chinese government’s capacity to manage every facet of a property crisis — from the companies involved and the banks that lent to them through to cross-border capital flows, and what people do with their shares, savings and labour — reveals just how far China needs to go in liberalising its economy. It’s also a reminder of just how far backwards the country has gone under Xi Jinping.

A collapse of Evergrande is unlikely to significantly affect the rest of the world. China’s capital controls have limited the financial links between China’s property market and the global economy. While some foreign investors own bonds linked to Chinese property developers, most of the impact of the crisis so far has centred on specific Chinese firms within the property sector. Capital controls are preventing Chinese savers and investors from moving much of their money offshore, which would help limit falls in asset prices and relieve pressure to depreciate the exchange rate (which is also heavily managed by the Chinese government).

Property crises often spread through the banking sector. But a recent stress test of Chinese banks suggested the country’s banks are relatively stable. Although some smaller banks could get into trouble, the financial buffers across the system would be reduced by only 2.1 per cent in an extreme scenario. Evergrande is a big firm, but its debt amounts to just 0.5 per cent of total Chinese bank loans. And even if problems did emerge among banks, regulators have wide powers to clean up their balance sheets through forced mergers with other banks, forced reductions in the debt repayments being demanded by creditors, and forced “bail-ins” by shareholders, as well as direct bailouts and increased nationalisation.

The “shadow banking sector” is perhaps the biggest area of concern. These are the non-bank financial intermediaries that sit outside banking regulations. Almost half of Evergrande’s interest-bearing liabilities came from trusts and other shadow lenders in the first half of 2020. The opacity and lack of regulatory oversight, even by China’s standards, make it difficult to judge these risks. The offshore bond market is a similar concern given that Evergrande is the largest single issuer of dollar-denominated bonds through Hong Kong.

The direct financial implications for the rest of the world might be relatively muted, but that doesn’t mean there are no indirect effects. If the Chinese government pushed the economy away from property construction then China’s demand for other countries’ exports will change. With the price of iron ore already falling sharply, this is a particular risk for Australia.

Domestically, the Chinese government’s control over its economy has major drawbacks.

Its control of the country’s financial system stops savings from being directed to the entrepreneurs, startups and businesses that need them. That stops new businesses from forming, hurts job creation, reduces productivity, and results in a build-up of risk and speculation in asset markets.

Its control of labour markets prevents businesses from accessing the right workers, and stops workers from pursuing the jobs they most desire, reducing their productivity and efficiency.

Its control over the exchange rate has similar drawbacks. Its interventions have historically reduced the purchasing power of Chinese citizens, who then go without cheap goods and services so rich people in rich countries can have more.

And its control over cross-border capital flows stops citizens from getting the best possible return on their savings, crucial to funding their retirement given China’s weak social safety net. Foreigners can buy Chinese stocks 31 per cent cheaper than locals can. Why? Because foreigners have options and locals do not.

Nor is it correct to think that a trade-off exists between long-term growth and effective crisis management. Flexible economies are better for growth and better at preventing and managing crises. If people are free and able to leave industries, towns and cities to find new jobs, the effect of a crisis on employment will be smaller and the government won’t need to spend as much on stimulus. If businesses can easily close and redirect their capital elsewhere, the hit to GDP, incomes and savings will be smaller. If households are free to shift their assets, and prices, wages and the exchange rate are allowed to adjust, the economy recovers more quickly.

A liberalised Chinese economy is good for growth, and even better for crisis management. Sadly, China appears to be going firmly in the wrong direction under President Xi Jinping.

Xi’s campaign to rein in perceived capitalist excesses is increasing the government’s control over the economy. It is undermining the economic liberalisation China desperately needs. The government’s blocking of Ant Group (one of China’s biggest companies) from issuing shares, its punishment of Didi (a ride-sharing company) for listing its shares on American stock markets, its efforts to punish Evergrande, its banning of cryptocurrency trading, even its limitations on computer gaming are just recent examples of a steady increase in government controls.

China has achieved remarkable growth by combining modern technologies with an enormous population and an export-oriented growth strategy. But this is an old trick. It’s a model that only works for so long. Without sustained productivity and innovation, China risks getting old before it gets rich. •

The post China can easily manage a property crash. That’s the problem appeared first on Inside Story.