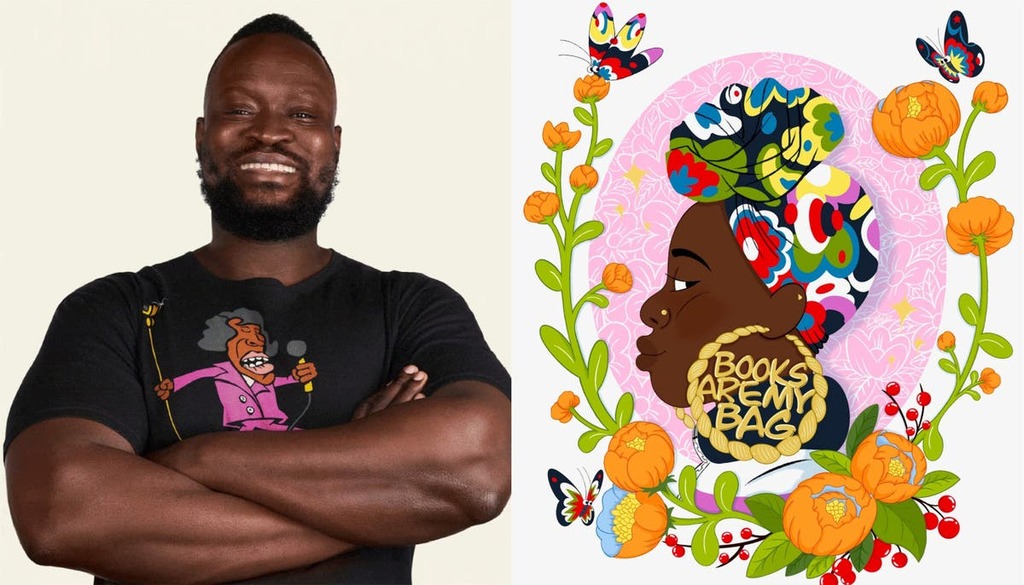 Dapo Adeola only became a published children’s book illustrator through a “series of almost serendipitous events” – it certainly wasn’t a career he envisioned for himself growing up.

Adeola, 38, was “the kind of kid that was always drawing” but he “didn’t know ‘illustration’ was the term for what I wanted to do. Coming from the background I come from, the demographic I come from, and where I grew up [Adeola has Nigerian heritage and grew up in Brixton London], it wasn’t a thing.

“Yes, people drew, but there was nobody labelling you an illustrator. There was nobody telling you this was something you could get paid to do.” Instead, Adeola was pushed towards more “academically recognised endeavours”, with drawing often dismissed as a “hobby”.

Things changed in the early to mid-Noughties, thanks to the growing impact of the internet and “all these platforms that allowed you to see the wider world”, he explains. “Suddenly, living in Brixton wasn’t this small thing anymore,” and he realised what was possible. He’s since become one of the most prominent children’s book illustrators in the UK, with Look Up! (written by Nathan Bryon) becoming the Waterstones children’s book of 2020.

In his work, Adeola says he is “reflecting the world around [me] and trying to accurately represent it”. In doing so, he adds, “I’m actively pushing elements of the industry forward.”

Adeola knows from personal experience how important it is to see yourself represented, saying it can have an “immeasurable impact”. “This is the difference between seeing you can do something, and not seeing you can do that thing,” he says passionately. “For children, seeing people like myself and other authors and illustrators of colour doing what we do during school visits and seeing themselves accurately represented on the page, it’s a massive difference.”

Adeola might have more than a few accolades under his belt, but he still suffers from imposter syndrome. “Every single day, it’s a constant battle,” he says.

“I’m a prominent face in children’s literature in the UK at the moment – it’s not just because of my work, it’s because I am probably one of the three or four people who look like myself and I’m quite vocal about this and other issues in illustration. So I’m quite visible, but I think people misconstrue my vocal ability for confidence.”

Fortunately, this self-doubt spurs Adeola on. “Imposter syndrome is always a preview to growth – you’re in a new space, you’re growing and things aren’t going to feel comfortable 24/7,” he muses. “It’s almost like when they do start to feel comfortable, you should actually go and look for discomfort in order to grow.”

Even so, Adeola still has to force himself to appreciate some of his success – whether it’s illustrating a book for the “amazing, legendary” Malorie Blackman (We’re Going To Find The Monster) or following in the footsteps of Tracey Emin and designing this year’s tote bag for Bookshop Day. He says: “I have to remind myself constantly to take those moments and be proud, otherwise it can get a bit too much.”

Bookshop Day falls in the middle of Black History Month (October), something Adeola has mixed feelings about. “I appreciate the sentiment of the month, but what it has become I’m not a fan of,” he says. “It’s like this time of year is the only time my phone and emails won’t stop going off and people are asking for me – it’s an optics thing… I think the industries that we’re in, they should be making an effort all-year round.”

If black culture and people were appreciated all the time, Adeola adds: “The need for a month that celebrates us [would become] obsolete.”

Dapo Adeola is the designer of this year’s Books Are My Bag Limited-Edition Bag, available exclusively from bookshops from Bookshop Day, October 9.