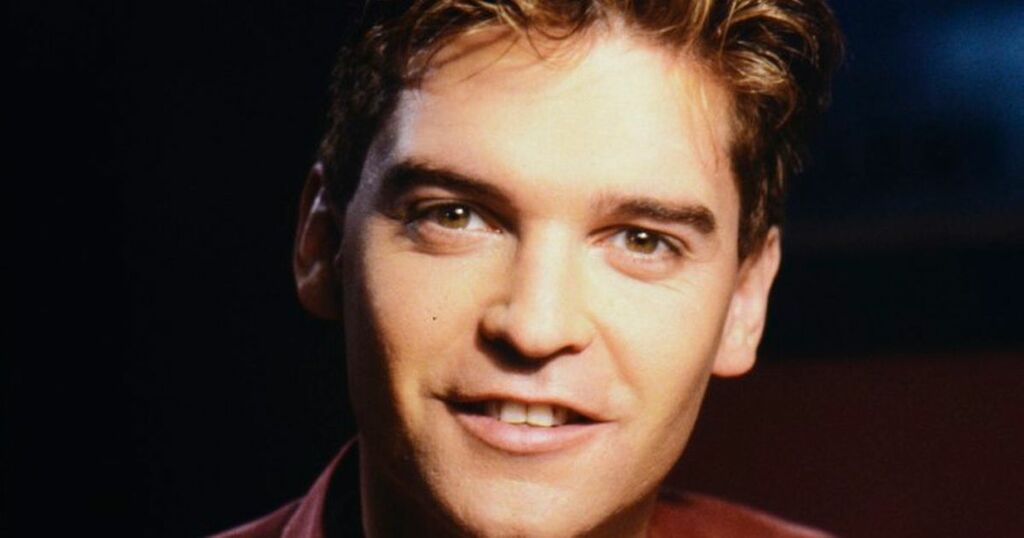 Broom Cupboard was a bit hit for Children’s BBC – and today the programme celebrates its 36 th birthday.

“Happy Birthday to the Broom Cupboard which started #OnThisDay in 1985! #ThrowbackThursday.”

The accompanying image showed the iconic children’s character with the caption ‘Trying to keep your kid still and smiling for a photo be like….’.

And who could forget the iconic Edd the Duck, Gordon the Gopher and Otis the Aardvark!

But where are the presenters of the show now? Well, here at Mirror online we took a look.

Well, how could we not know where Phillip is now! The seasoned professional is TV royalty and seemingly hosted This Morning for ever!

Phillip presented the first-ever episode of the hit show at 3.55pm on 9 th September.

But it was over 30 years ago that the fresh-faced TV star presented the show before going on to present popular Saturday morning series Going Live! a couple of years later.

Now 59, Phillip has presented a plethora of top shows including Dancing On Ice, The Cube, All Star Me & Mrs and 5 Gold Ring.

And he even made a cameo in Coronation Street three years ago.

Andy replaced Phillip Schofield at the helm following his departure and presented the show until 1990.

He worked alongside Phillip’s former sidekick Gordon, who would go on to join him on Going Live! the following year.

Andy worked as a relief presenter on iconic music show Top of the Pops and presented shows including Bad Influence! and Violet Berlin in the 1990s.

He also presented Motormouth, What’s Up Doc? And Challenge TV, as well as being a news presenter for the now defunct Channel M in Manchester.

The 57-year-old has also worked in radio throughout his career, for stations including BBC Radio Manchester and the breakfast show Bauer City 2.

Andi replaced his namesake at the start of the 1990s and quickly became a favourite with fans of the show for his playful nature.

He inherited Edd the Duck and hosted the show for four years before becoming the main presenter of Live and Kicking on Saturday mornings.

A well-respected presenter, 51-year-old Andi has not been short of work throughout his established career, having worked on shows including ITV’s The Big Reunion, The Noise, The O-Zone, TOTP and Shipwrecked.

Many people will also be surprised to know he made a cameo performance in the Disney hit movie Toy Story 2.

Philippa was the show’ first female presenter, alternating with Toby.

They both presented the programme until 1994 having been Andi Peter’s dual replacements.

Philippa, 52, is now a mum-of-three and throughout her career she has worked in TV and radio, as a presenter, producer and author.

Philippa co-presented BBC radio show World on the Move with Brett Westwood and in September 2013 she made her TV comeback co-presenting BBC show Harvest.

Philippa has been an avid environmentalist for much of her life and became a vegetarian after eating a vegetarian sausage while filming Robot Wars.

Meanwhile, Toby has continued to work as a radio and TV presenter for almost 30 years.

He worked on CBBC for three years and worked on the O-Zone, as well co-hosting BBC Children in Need for a couple of years.

Toby, 50, has also worked on Grandstand, presented Trust Me I’m A Holiday rep on Channel 5 and starred in three episodes of quiz show Pointless.

He’s guested on Ant and Dec’s Saturday Night Takeaway, This Morning and Eggheads.

As well as also turning his hand to stage work in the hit musical Grease in the West End, Toby launched new national radio station Heart Dance in 2019. He currently presents the show which runs from 7-10pm on a Friday night.

Zoe took over from Philippa and Toby, before seeing her career go from strength-to-strength after her break on the show.

She has since presented Live & Kicking, The Priory, Top of the Pops and is well-known for her work on BBC Radio, especially on the Radio 1 Breakfast ShowZoe famously married the hit DJ Norman Cook – aka Fatboy Slim – but the couple separated after seven years of marriage in 2016.

She also hosted the Strictly Come Dancing Live Tour for five years and took over from Chris Evans as the host of The Radio 2 Breakfast Show in 2019, and most recently The One Show where she had an awkward interview with Hollywood star Jennifer Aniston.

Her famous dad is Johnny Ball, the popular TV brain box who was a regular feature on children’s TV during the 1980s and 1990s.

Welsh TV presenter Jose and Otis the Aardvark were popular on the show in the mid-90s.

And Josie, 48, would go to achieve success in shows including The Big Breakfast, TOTP, Merseybeat, Miranda, Look Around You and BBC Young Musician of the Year, but to name a few.

Josie has also worked in radio and co-presented The Steve Wright Show on BBC Radio 2, as well as having worked on a number of documentaries for BBC Radio 3 and BBC Radio 4.

A talented broadcaster, Josie also wrote and directed a play called The Newport Monologues, based on life in her home town of Newport.

She won a Royal Television Society Award for her work presenting current affairs programme Inside Out for the BBC and has done a lot of charity work throughout her varied career.