When You Joined Our Family by Harriet Evans, illustrated by Nia Tudor, Little Tiger, £11.99
A tender picture-book exploration of the developing bonds between small children and adoptive parents, moving sweetly from first meetings to new traditions.

Eco Girl by Ken Wilson-Max, Otter-Barry, £12.99
Eve loves all the trees that grow near her home, but the huge baobab is her favourite. On her birthday, Grandma takes her deep into the forest and gives her a wonderful surprise – something that will preserve her love for the trees forever. This warmly colourful picture book perfectly evokes the ties between humanity and wild nature.

Sometimes, I Just WON’T by Timothy Knapman, illustrated by Joe Berger, Macmillan, £12.99
Some days, everything goes to plan – but sometimes baths are awful, it’s too scary to pet the dogs in the park and we hate the taste of peas! A hilarious look at strong toddler emotions and navigating “just won’t”.

The Boy Who Dreamed Dragons by Caryl Lewis, illustrated by Carmen Saldana, Puffin, £12.99
Albie dreams dragons – fiery dragons, water dragons, even book dragons. They’re always with him, keeping him company, but no one else can see them … until he meets a very special person. This lovely picture book about imaginary friends, inner life and overcoming rejection is ideal for imaginative kids off to school.

The Zebra’s Great Escape by Katherine Rundell, illustrated by Sara Ogilvie, Bloomsbury, £14.99
When Mink, an indomitable, rule-breaking little girl, meets a baby zebra on the run, she knows it’s up to her to liberate his parents – and the rest of evil Mr Spit’s captive menagerie. This 5+ picture book is joyously anarchic in both word and illustration, sizzling with imagination and colour.

And Everything Will Be Glad to See You chosen by Ella Risbridger, illustrated by Anna Shepeta, Nosy Crow, £20
From Maya Angelou to Amanda Gorman, Elizabeth Jennings to Grace Nicholls, this wide-ranging selection of poetry by women and girls is uplifting, moving and invigorating. Atmospherically illustrated and luxuriously bound, it’s a wonderful gift for children of 6+.

The Little Match Girl Strikes Back by Emma Carroll, illustrated by Lauren Child, Simon & Schuster, £12.99
A compelling, defiant revisiting of Hans Christian Andersen’s The Little Match Girl for 7+, in which heroine Bridie sees visions of a better future when she uses her last three matches – and leads the factory workers out on strike in the hope of realising it. Child’s vivid spot-colour illustrations elegantly complement the fierceness of the story.

Which Way to Anywhere by Cressida Cowell, Hodder, £12.99
The unusual O’Hero children and the down-to-earth Smiths are an uneasy not-yet-blended family (although they all adore baby Annipeck). But K2 O’Hero has a gift – his drawings can transport people between worlds – and when Annipeck is kidnapped, all the siblings must travel to a place of desperate peril to rescue her. Wild magic, Cowell’s trademark bonkers humour, rich environmentalism and the complexities of family love are woven deftly through the first book in a fabulous new series for 8+.

Joyful, Joyful: Stories Celebrating Black Voices, chosen by Dapo Adeola, Macmillan, £20
This hardback compendium of colour-illustrated stories and poems features 40 Black authors and illustrators from round the world, from big hitters such as Malorie Blackman and Alex Wheatle to newer talents like Camryn Garrett and Denzell Dankwah. Bursting with humour, defiance and the joy of the title, it features mythical whales, young boxing champions, talking books and the taste of Nan’s jollof rice. A beautiful book for 8+ to give as a gift, or keep in the school library.

The Elemental Detectives by Patrice Lawrence, Scholastic, £7.99
In an ancient London filled with elemental spirits, Marisee and Robert are drawn into a battle against the deadly Shepherdess, whose sleeping sickness threatens to kill all humans, leaving elementals in control. An award-winning YA writer turns her hand to writing for 9+ readers, with spectacular results – the world-building is particularly striking.

The Ministry of Unladylike Activity by Robin Stevens, Puffin, £12.99
A new crew of resourceful children takes the helm in Stevens’s follow-up to the bestselling Murder Most Unladylike series. In war-torn 1940s Britain, young would-be spy May Wong contrives to get herself evacuated to a smart manor house along with her new pal, Eric. Their mission is to investigate its owner – but they don’t expect to stumble across a murder along the way. Meticulous, lightly worn research and sharp character observation will please 9+ newcomers and longstanding fans alike.

The Eternal Return of Clara Hart by Louise Finch, Little Island £8.99
A Groundhog Day story with a difference, this exceptional YA debut features a grieving teenage boy, a riotous party – and a girl who dies, over and over again, until Spence can figure out what he needs to change in order to save her life. A careful, thoughtful, compulsively readable examination of toxic masculinity and normalised sexual abuse.

Mindwalker by Kate Dylan, Hodder, £16.99
Though Captain Sil Sarrah is only 18, her record is legendary – and her time is running out. Sil is a Syntex Corporation Mindwalker, able to take over field agents’ brains and guide them to safety, but the supercomputer that allows her to do so will kill her in less than a year. When a rescue mission goes wrong and she’s accused of being a traitor, Sil discovers some unwelcome truths about the company she’s dedicated her life to – and finds herself strangely drawn to the leader of Syntex’s enemies. This SF YA debut boasts pin-sharp characterisation and nail-biting, swift-paced action.

As Long as the Lemon Trees Grow by Zoulfa Katouh, Bloomsbury
In a wartorn Homs hospital, 18-year-old Salama works as one of the few surgeons left, despite having just a year of pharmacy training. She’s surrounded by remembered trauma and present violence, but she can’t bear the thought of leaving Syria, although Khawf, the fierce hallucination who visits her, insists she must save her pregnant sister-in-law. But when Salama meets Kenan and begins to fall in love with him, she must decide what to do for the best. Though the writing is repetitive at times, this “love letter to Syria” is a unique novel for 14+, blending beauty, horror and a defiant sense of hope. 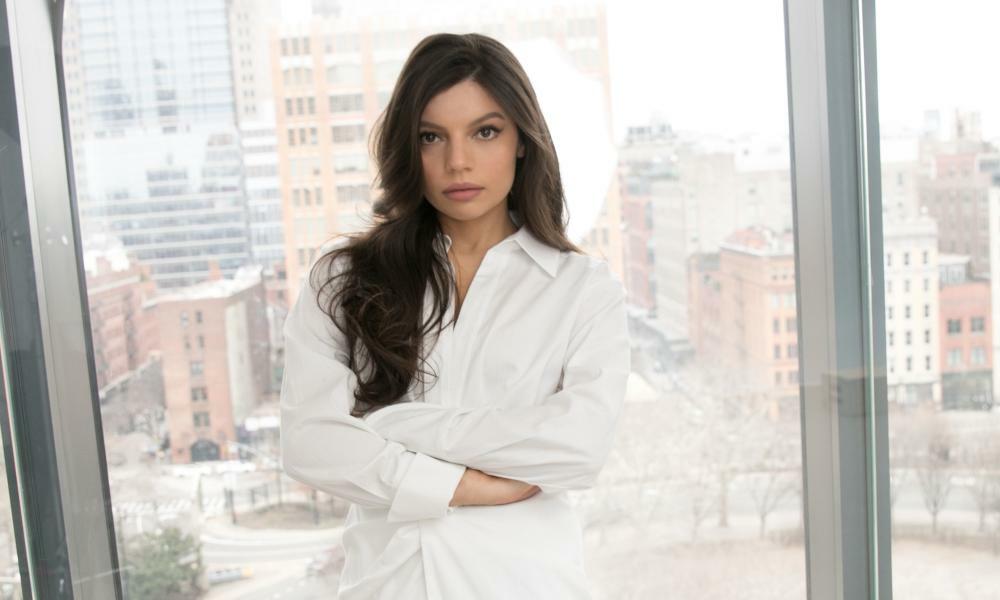 The Guardian - UK
From analysis to the latest developments in health, read the most diverse news in one place.
House of the Dragon: The 3 biggest talking points from episode 6

The Independent UK
The 20 Most-Anticipated Films of the Season

The Atlantic
House of the Dragon: The 3 biggest talking points from episode 6

From stocking fillers to big-ticket gifts, these presents for eight year olds will go down a treat

Evening Standard
One place to find news on any topic, from hundreds of sites.
The cold never bothered them anyway: how Frozen made musical magic

The set, costume, video and lighting designers of Disney’s London production – now in its second year in the West…