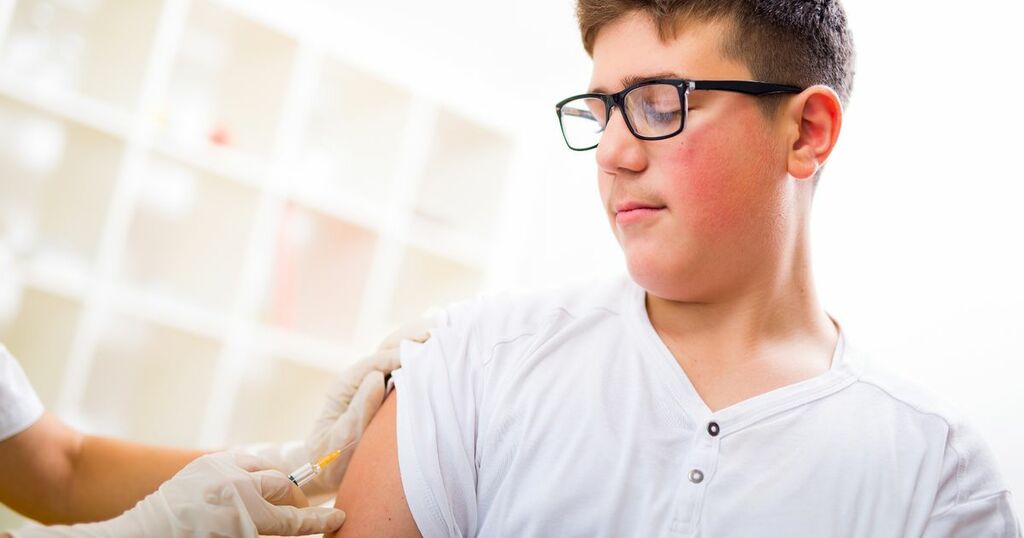 Children in England over the age of 12 will be able to get their first Covid-19 vaccination from next week, Vaccines Minister Nadhim Zahawi has said.

Health leaders approved first doses of the Pfizer vaccine for the age group on Monday.

But some experts have expressed concern over the youngest children getting a jab without parental consent.

Professor Anthony Harnden, deputy chair of the Joint Committee on Vaccination and Immunisation (JCVI), said he would not feel comfortable with a 12-year-old getting a jab if their parent had not consented.

Zahawi said children will only be able to have a vaccination against their parents’ wishes following a meeting with a clinician.

It came as a leaflet for youngsters considering vaccination was published on the PHE section of the UK government website.

On consent, the document states: “You will probably want to share information about the vaccine with your parents and discuss it together.

“If you are being offered the vaccination at school, you may be given a consent form that your parent/guardian should sign giving permission for you to have the vaccination.

“The nurse or GP will discuss the Covid-19 vaccine with you at your appointment and will be able to answer any questions you may have.”

Children under the age of 16 are able to get some medical procedures without parental consent if they are deemed competent to make that decision on their own.

This is checked by the Gillick test, which assesses whether a child has sufficient understanding and intelligence to understand what is being proposed. If a child under the age of 16 is not competent to give consent for themselves, consent should be sought from a person with parental responsibility.

Asked about a 12-year-old potentially taking up their offer of a jab if their parent had not consented, Prof Harnden told BBC Radio 4’s Today programme: “I wouldn’t feel comfortable about that.

“I think we have to be really careful that we go by the law, and the law clearly states that the child and parent should try to come to an agreed conclusion.

“But if the child wants to go ahead or doesn’t want to go ahead and the parent feels absolutely the opposite, then the clinician involved in administering the vaccine needs to be absolutely sure that the child is competent to make that decision.

Zahawi told Sky News: “Children will have a leaflet that they can share with their parents and of course we have a consent form that will go to them either electronically, and in some schools physically, to their parents, and their parents will then read all the information, (and) have to give consent if the child is to be vaccinated.

“But these are very rare occasions and it is very important to remember that the School Age Immunisation Service is incredibly well equipped to deal with this – clinicians are very well versed in delivering vaccinations to 12 to 15-year-olds in schools.”

The minister told BBC Breakfast that vaccines will be available for over-12s in England from next week.

“The NHS has been making plans that will hopefully be able to see the first vaccinations take place after consent, because obviously you need the information and the letters to go out and to receive that consent, by the 22nd of this month,” he said.

The decision to go ahead comes despite the JCVI deciding not to recommend mass vaccination of 12 to 15-year-olds.

The experts had said Covid-19 presents a very low risk for healthy children and that vaccination would only offer a marginal benefit.

But they suggested that wider issues, such as education, should be taken into consideration and examined by chief medical officers of each of the four UK nations.

The CMOs urged ministers to press ahead with extending the vaccination programme, arguing that there is “extremely powerful” evidence on the impact of the pandemic on children’s education, as well as the risks to their mental health from missing school.

She told ITV’s Good Morning Britain: “I personally think part of it is because they were so late with a decision – we have just had the same evidence that other countries have had since May and June, and those countries ran ahead because they knew the school year was coming and started vaccinating their children.

“There hasn’t really been new evidence that’s come up in the UK shift in position […] they’re trying to explain to people why they’re doing something now that they didn’t do two months ago.”

But Prof Harnden told the Today programme: “What we tried to do right the way through the pandemic as a committee is to be open and honest with the public and give them the best advice possible […] I think the public in the end will appreciate our honesty and I think they will also appreciate the CMOs’ perspective, and the government offering them choice.

“I agree it will cause uncertainty, hesitation and debate within families, but sometimes life isn’t black and white, and this is one of those situations.”

He added that parents and children need to be “properly informed” and their choices on whether or not to have a jab should be “respected”.

And Professor Paul Moss, from the Institute of Immunology and Immunotherapy at the University of Birmingham, said the length of time the JCVI took to make the decision on 12 to 15-year-olds shows “the diligence that was taken”.

The decision was approved in England on Monday with announcements expected in Scotland, Northern Ireland and Wales expected on Tuesday.

If approved throughout the UK, three million British children could be eligible for vaccination, with jabs expected to be given through schools.