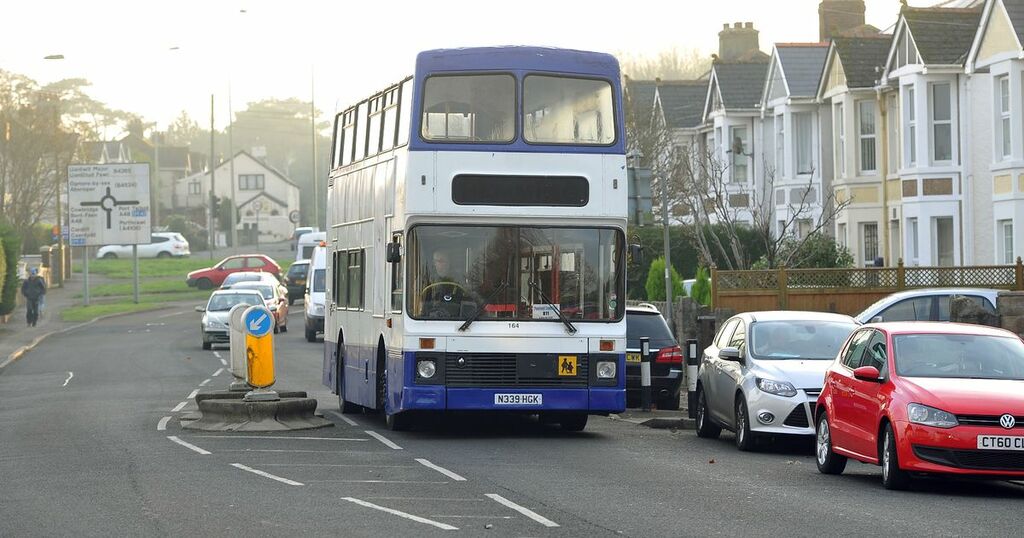 Parents in Bridgend have launched petitions to the council after their children have been rejected a free bus pass to school.

Some claim their children have been left to walk almost six miles every weekday, in all weathers, on footpaths that aren't always safe.

Currently, Bridgend County Borough Council only permits free bus passes to secondary school children who live more than three miles from their school, or more than two miles if siblings will be catching the same bus, as per Welsh Government guidance.

This September the council began enforcing the three-mile rule, however, parents argue not enough has been done to keep their children safe.

Lesley Lewis, whose 11-year-old son recently joined Pencoed Comprehensive, has been informed her son does not qualify for the free bus pass.

She explained: "The council have said that they believe the walking route from Coychurch to Pencoed Comprehensive is safe.

"Part of this walking route is down a busy dual carriageway (A473) that has had 21 accidents occurring during these last four years alone."

Her anger at the situation is exacerbated by the loophole that allows siblings to get the bus for free if they live within two miles of the school.

"The bus does already drive though and pick up other children around the village, including some children from my sons year. These children have been allowed on the bus as they have older siblings."

Lesley's child isn't the only one at risk on their walk to school.

Victoria Jimenez's daughter attends Ysgol Gyfyn Gymraeg Llangynwyd, one of the only Welsh schools in her area.

The school is a 2.5 mile walk from their family home, therefore her daughter is not eligible for the bus pass.

Like Lesley however, Victoria doesn't feel comfortable with the route her daughter must walk.

"It's extremely dangerous, it's a windy lane, and there's no pavement, but if they didn't go down that road probably take them an extra 20 minutes, half an hour to walk to school. It would take her about an hour," she said.

"I'm unfortunately not working for the first time in my life, so I can't afford to put her in a taxi, and the buses are expensive.

"There's no crossings or lollypop ladies either."

As Victoria's daughter attends a Welsh school, she has fewer options to move compared to other students, as suggested by the council.

Steve Maidan's son is another student who has been rejected for a bus pass.

His 11-year-old has ongoing health issues after battling leukaemia five years ago and especially struggles with his legs.

The family live 2.9 miles away from his school, Brynteg Comprehensive, 0.1 miles outside of the three-mile radius.

Steve said: "We live 2.9 miles from the school so if we don't pay they expect our son and the other children to walk near enough 6 miles to and from school every day Monday to Friday."

Additionally, Steve has epilepsy and his partner is his full-time carer, as well as a mother of three, meaning walking with their son to school isn't an option either.

"I think it's absolutely disgusting that they expect us to pay for this just so the children can go to school," he said.

"We were told if we weren’t happy send them to a different school where he could get a free bus from Bridgend council which is not in our catchment area."

Steve also highlighted how his son will be expected to walk this distance in all weathers, and carrying additional school equipment such as PE kits or ingredients for food tech lessons.

“However, the council also exercises significant discretion in transporting many nursery and post-16 pupils to schools and colleges even though there is no statutory responsibility to do so, and ensures that pupils can access both Welsh-medium and faith schools.

“Parents can choose to send their children to schools that are further away, but if they opt to do so, they must also make their own transport arrangements.

“While some parents may perceive a route to be unsuitable, the council can only accept official assessments on the availability of any given route.

“We sympathise with any pupil who may fall below the eligibility threshold, but continue to offer one of the most generous learner travel policies in Wales, one that already extends beyond the statutory requirements.”

They added: "Welsh Government is carrying out a review of the statutory distances, and that we and all other councils are awaiting the outcome to see what, if any, changes may need to be made."

To get all the latest news from Bridgend County, sign up for our free newsletter here.