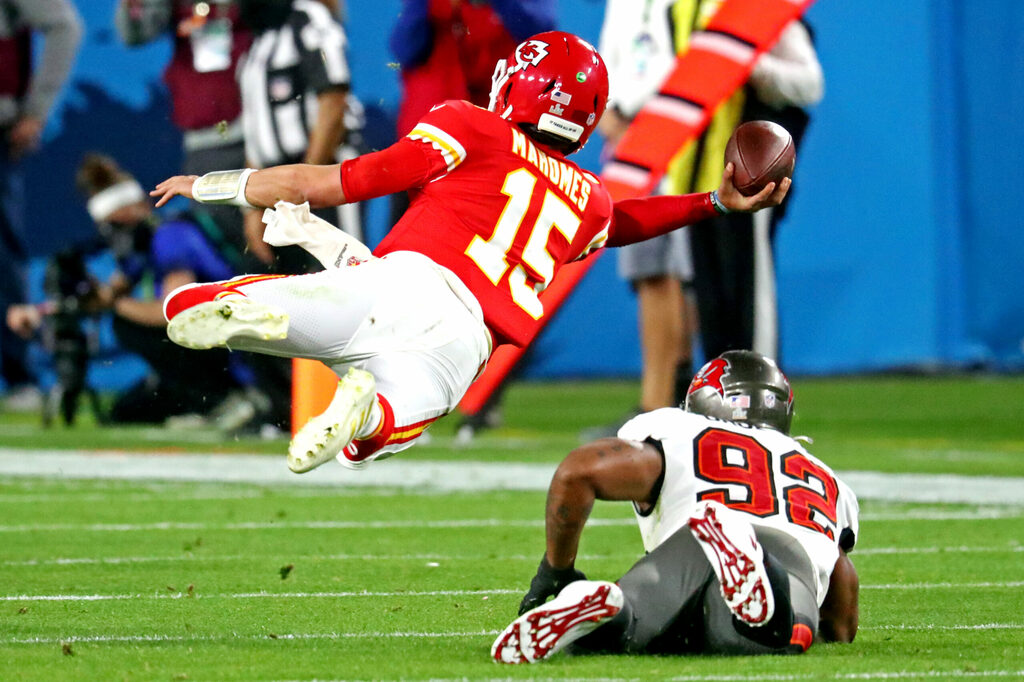 Tom Brady and the Buccaneers will square off against Patrick Mahomes and the Chiefs on Sunday Night Football.

The Guardian - US
Get all your news in one place
Latest Sport news:

TAMPA, Fla. — Patrick Mahomes and the Kansas City Chiefs will visit Raymond James Stadium for a Super Bowl 55 rematch with the Bucs and Tom Brady in Week 4 of the NFL season.

The game will be televised nationally on NBC’s Sunday Night Football on Sept. 11 at 8:20 p.m. It was revealed Thursday morning.

The complete NFL schedule will be released Thursday night at 8 p.m. on the NFL Network. Two hours prior to that, teams will release the dates, times and opponents of their 2021 season openers.

Brady, who retired Feb. 1 only to return to the team 40 days later, figures to help the Bucs land a handful of nationally televised games.

Those likely will include a Christmas night game at Arizona, according to multiple reports. It would be the last of three NFL games played on the holiday normally reserved for elite NBA matchups and would mark the first time the Bucs have played on Christmas.

The Bucs beat the Chiefs, 31-9, in Super Bowl 55, becoming the first team to win the NFL championship in its home stadium.

“Before last year’s Super Bowl, one or both of those guys (Brady and Mahomes) were in five consecutive Super Bowls. It’s about as good a quarterback matchup as you could have,” said NBC broadcaster Mike Tirico.

Earlier that same year, the Chiefs defeated Tampa Bay, 27-24, on Nov. 29. It the final loss for Brady and Tampa Bay in the 2020 season as they ripped off eight straight victories, including four in the postseason.

Brady and Mahomes met a few weeks later in Tampa to pose for the cover of Madden NFL 22.

Brady owns a 3-2 record over Mahomes. They first met in 2018, with Brady throwing for 340 yards and a TD while adding another score on the ground in a 43-40 regular-season win with the Patriots over the Chiefs.

Later that season, Brady and Mahomes met in the AFC Championship Game with the Patriots winning, 37-31, as Brady threw for 348 yards, a touchdown and two interceptions to help New England advance to the Super Bowl.

Mahomes got his first win against Brady in December 2019. Then came the December regular-season game in Tampa in which Mahomes passed for 462 yards and three touchdowns.

Tom Brady and the Buccaneers will square off against Patrick Mahomes and the Chiefs on Sunday Night Football.