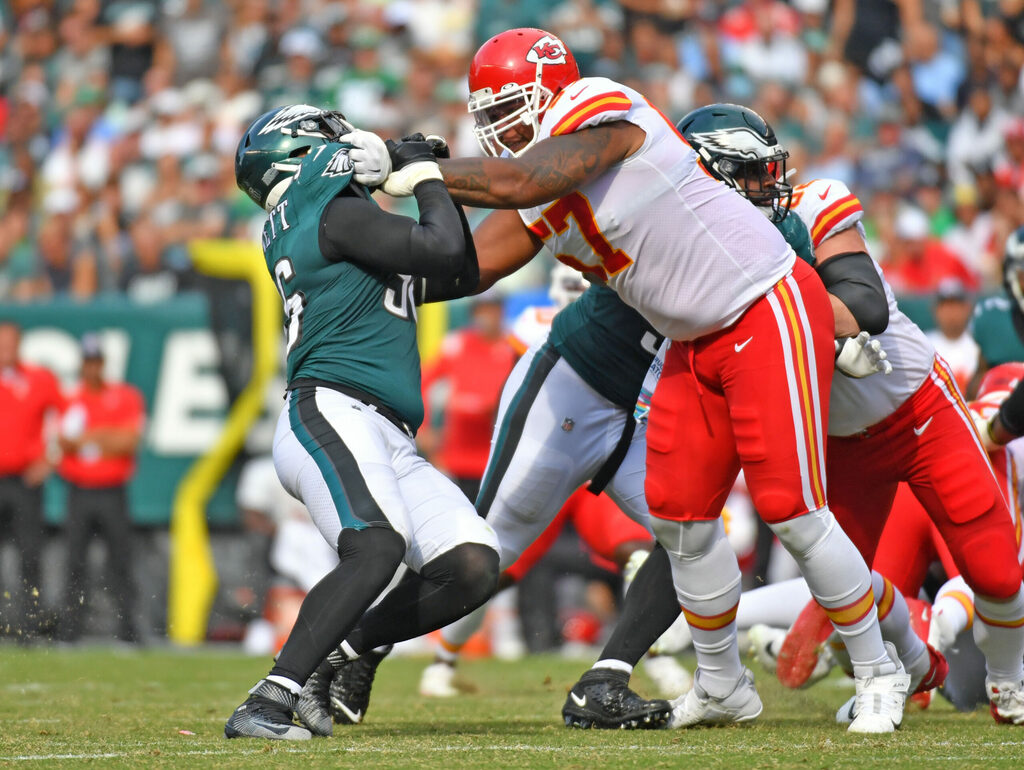 One of the Kansas City Chiefs’ biggest offseason moves was the acquisition of left tackle Orlando Brown Jr. from Baltimore for their first-round pick in the 2021 draft and more draft capital. The trade gave the team a cornerstone for their rebuilt offensive line that was assembled to keep MVP quarterback Patrick Mahomes on his feet after the unit was exposed in February’s Super Bowl.

Now four games into his career as a Chief, Brown is adjusting well to his role in Kansas City’s high-octane offense. He spoke to reporters ahead of Wednesday’s practice about the chemistry that’s been building while he had protected Mahomes this season. He gave credit to the coaching staff in his comments, noting the line’s progression through the early part of the Chiefs’ schedule.

“I definitely feel it’s something that’s gotten better,” Brown said of playing with the NFL’s top quarterback. “And we’ve gotten better as an offense and offensive line as the weeks have gone on since we’ve been here and we’ve been able to grow together, learn together. Learning from coach [Andy] Heck and all those different things, so we’re all just trying to do our job to the best of our abilities.”

Though certainly valuable in pass protection, Brown’s upside as a road grader in the run game is equally intriguing. Kansas City isn’t necessarily known for their production on the ground, but as they seek to become more well-rounded offensively, Brown is a key cog in the machine that will help the Chiefs stay dynamic as the season wears on.

Speaking on the turnaround last week when the team ran the ball, he again deferred credit to the game plan put in place by Andy Reid. He also emphasized that run blocking is a team effort that requires all five linemen to work together.

“[It is] just a combination of coach’s [Andy Reid] schemes, a combination of all of us being on the same page and executing our fundamentals at a high level,” Brown explained. “I think Sunday was just a taste a little bit of what we can do. We still weren’t spot on completely with a few different things, but we were able to make some good things happen in the run game and hopefully, we can continue to build on that and become a better team running the ball as time goes.”

Another week of strong play up front offensively will be crucial to beat Buffalo at home in game five, which would keep Kansas City in the mix atop the AFC West if Los Angeles or Las Vegas drop a game. All eyes will be on Brown, who will be protecting Mahomes’ blindside and setting the tone against the Bills in a must-win game for the Chiefs. 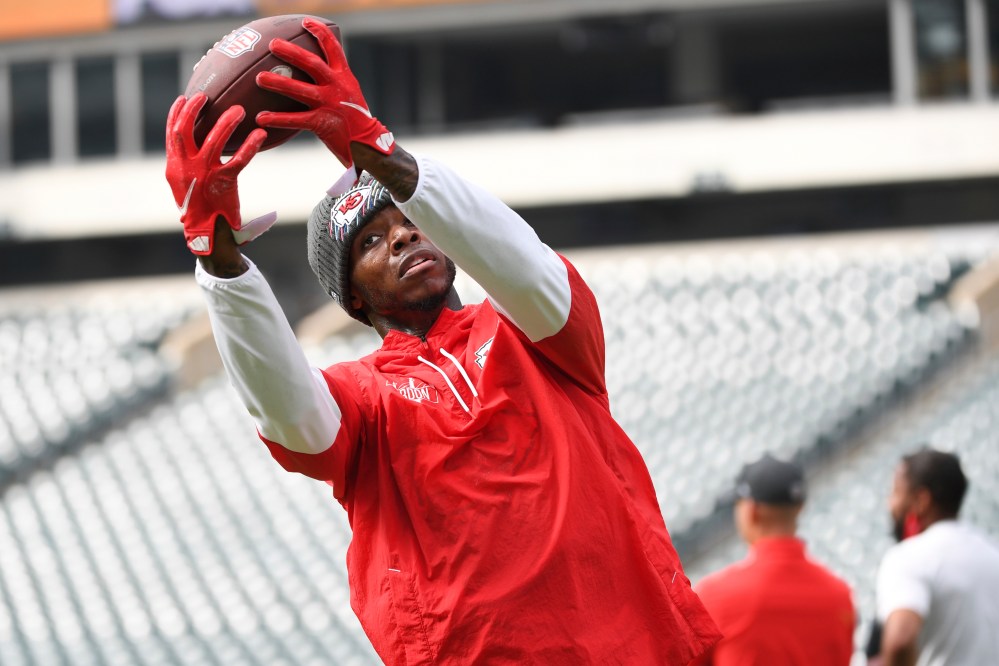