Chicken shops in a flap as supply struggles hit home 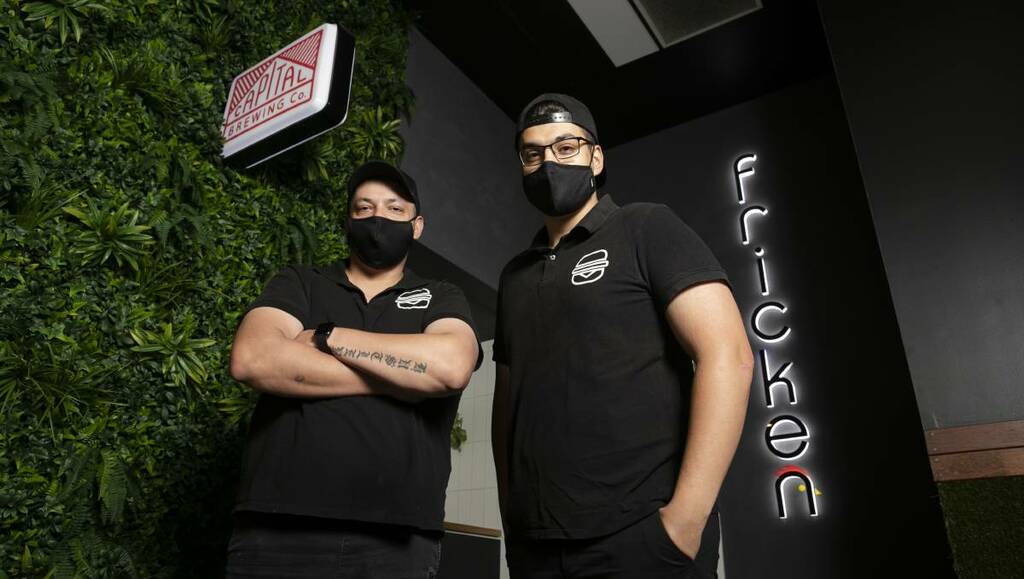 Fricken chicken shop co-owners Marwan and Mo Saad have found the past few days exhausting as their Braddon-based shop faces a lot of pressure with supply issues.

"Obviously it's a big problem, since everything we do is fried chicken, it's even in our name," Mr Saad said.

"For example, we were meant to get a bulk order and we received less than half of it, so we do feel the pressure - but so far we've been able to trade normally, which is a positive.

"We've had a rough couple of days. We've personally had to deliver chicken after hours, which has made us pretty exhausted."

While the current situation is manageable for the shop, Mr Saad said seeing bigger retail chains and supermarkets struggling with chicken supply made the situation more stressful.

"Hearing the big chains are suffering and potentially closing in some areas is concerning, especially when we are a small business that relies predominantly on chicken breast," he said.

"Hopefully everyone gets better soon and that should make things a bit more normal with trade.

"We're also lucky that our customers are very loyal, because we're a bit of a niche brand and people like to support small businesses whether it be eating in or getting takeaway."

Charcoal Rooster manager Zulfu Ozbek said their Braddon shop is facing similar struggles, with their supply dwindling more and more as the days go on.

"Customers are generally disappointed when they don't get the product they want from us," Mr Ozbek said.

"The shop is very sad because when people come to buy chicken and we don't have it they just leave, so we're already losing business.

"Orders used to come every day, but now it's every two days, so by the end of the second day we are pretty much depleted of stock.

Belconnen Chicken is also feeling the hit, as manager Steve Chen said each day they have no idea when it will get better as farmers struggle to supply their necessary stock.

"We're supposed to have about 30 pallets from the farms for cut chicken, but we are only getting about two or three, sometimes even nothing," Mr Chen said.

"The shortage is still going on and we have no idea when it's going to end."

Alternative supply is the next option, according to Mr Chen, as the shop is currently struggling to meet customer demand for their products.

"We're trying to see if other farmers have some extra supply to help us out, because compared to before we have much less available so we've had to put up the price a little bit."