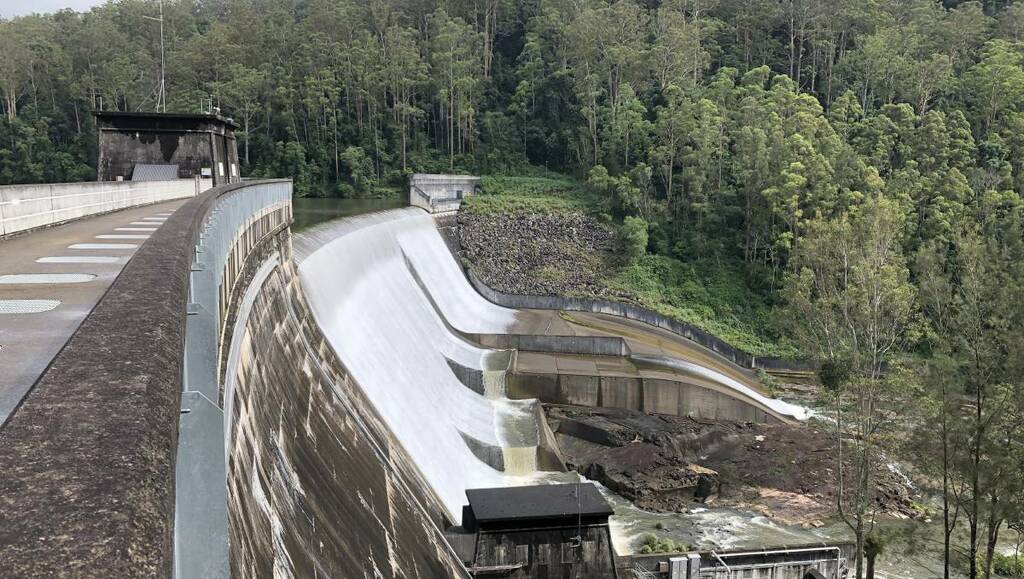 Two years ago Chichester Dam's storage was at 36.7 per cent as a searing drought drained the region's water supplies to critical levels.

Chichester, which holds 35 per cent of the region's water supply is now overflowing much to the delight of locals and visitors.

"It usually just gently flows over the top. I have never seen it pouring over at this rate before. It's too dangerous to swim in the river at the moment," Limeburners Creek resident Linda Bowden said.

The dam is currently at 101 per cent capacity - up 40mm from a few weeks ago.

"There is high run-off from the surrounding area due to the abundant rainfall and large catchment area. Therefore, the dam is filled quickly following medium to heavy rainfall," a Hunter Water spokesman said on Friday.

"We saw a good amount of rainfall over the past week, with our upper catchments receiving a total of 84mm up to today.".

After dropping to a near record low at the start of 2020, Chichester rebounded quickly following drought-breaking rain in February that year. It has remained at or near full for the past 12 months.

The region's overall storages stood at 96 per cent on Friday. Grahamstown Dam was at 95.4 per cent, Tomago 95.8 per cent and the Anna Bay sand beds were at 100 per cent.

The Hunter Water spokesman said the Chichester Dam picnic area, which reopened to the public in September 2021,had been a popular destination over the Christmas - New Year period.

"While we encourage visitors to use the supplied facilities, we want to remind the public that access is not permitted onto Chichester Dam or its catchment," he said.

"This is to protect our drinking water quality and ensure Chichester Dam remains one of the most pristine catchments in Australia."

Water conservation, reducing leaks and protecting drinking water catchments were among the actions that received the highest level of community support in the recently released Draft Lower Hunter Water plan.