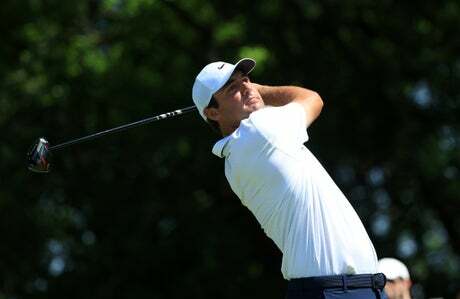 PGA Championship 2022 live stream: How can I watch first round on TV and online in UK today?
Southern Hills is the venue for the 2022 PGA Championship as the second golf major of the year takes place.

Autosport
From analysis to good news, read the world’s best news in one place
Mysterious EV Spy Photos Have Us Scratching Our Heads

In 2014, the department had invited applications from the cricket cadre for recruitment to the post of auditor/accountant, an official said.

Bhatia was called for field trials and based on his performance, he was selected in the probable list of candidates, he said.

The cricketer had submitted a BCom degree from Bundelkhand University Jhansi. To verify the authenticity of the degree, the department had contacted the University and learnt that no such degree was issued, following which a complaint was lodged with the Vidhan Sabha police station, the official added.

A case under sections 420 (cheating), 467 (forgery) and other relevant provisions of the IPC has been registered in this regard and the matter is being probed, he said.

Bhatia was the member of the Indian squad in the 2010 ICC Under-19 cricket World Cup. He was picked up by the Pune Warriors India in the 2011 Indian Premier League. Later, he was signed by Royal Challengers Bangalore in 2017.