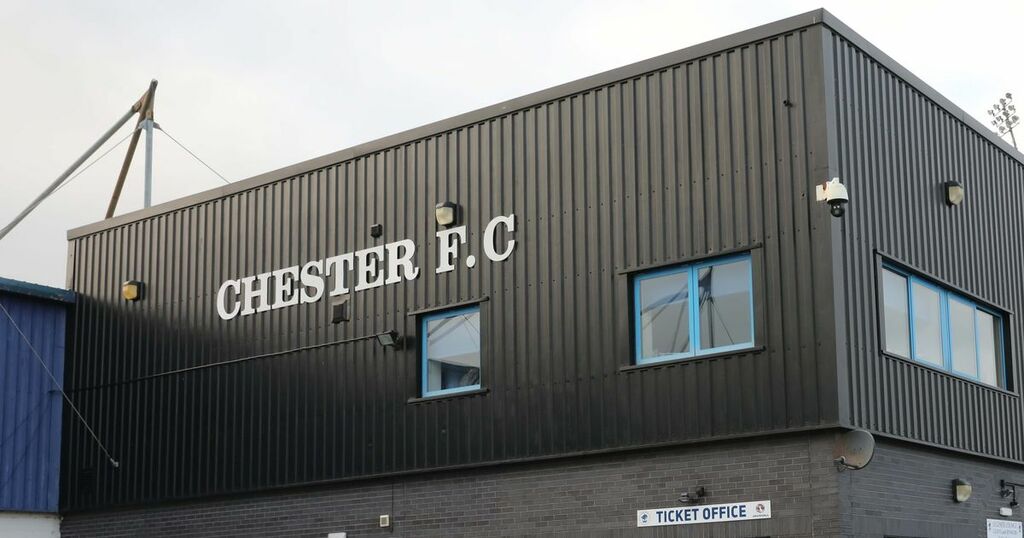 Chester FC have postponed that their upcoming National League clash with Brackley Town amid ongoing uncertainty around Covid rules.

The National League North side had been due to host Brackley at the Deva Stadium on Saturday, but say the league have now given the go-ahead to call off the fixture.

The club added that their under-19s clash with FC Halifax Town on Wednesday night has also been postponed.

It comes amid an ongoing row over whether Chester should follow Welsh Covid rules, with their home ground straddling the English-Welsh border.

While the entrance to the main stand and ticket office is in England, the pitch, and indeed almost all of the stadium itself, is in Wales.

The Welsh Government, which has since confirmed that all sport in Wales will continue to be held behind closed doors, has previously insisted that the club are based in Wales and should follow Welsh Covid rules.

There are currently no restrictions on the number of fans attending sports events in England, but sport in Wales has been limited to 50 spectators since Boxing Day.

Chester played two games at their home ground over the festive period, each of which were attended by just over 2,000 spectators.

Officials warned the club, which is owned by its fans, that any further matches with spectators would potentially be in breach of those Welsh Covid regulations.

Talks with the relevant authorities to find a resolution to the issue have been ongoing, but seemingly failed to result in a solution.

In a statement, the club said: "We have met with Welsh Government, Flintshire Council and Cheshire West & Chester Council, however do not yet feel that this matter has reached a definitive resolution and will be obtaining further legal advice.

"Whilst enforcement action remains a possibility, we are not prepared to risk the security of the club or our supporters, as such the Board have made the difficult decision to postpone this week’s home fixtures.

"Open, constructive discussions are continuing with a shared commitment to identifying a long-term solution that recognises the unique geography and historical context of the Deva Stadium site.

"The Board will be seeking advice in respect of the potential breaches of the Welsh Coronavirus Regulations, which legislation will be applicable to the club in the future and to establish any implications the Welsh Government’s proposed offer of financial support may have as an English football club.

"We are a supporter-owned, community football club and the events of recent days have been especially challenging, therefore we are extremely grateful to our fans for their unwavering support."

"A constructive dialogue is ensuring that the law is upheld here in Wales and that the interests of the club are safeguarded.

"It is important that we find a pragmatic solution, which is clear on the law in Wales. The law is the same for all clubs in Wales, but also recognising that there are important issues for Chester FC and trying to help them with those issues too."