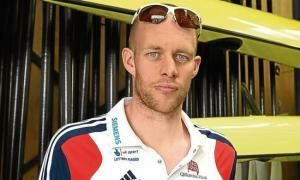 The National (Scotland)
‘Enticed through the gates of heaven’: readers’ best French beaches

Therese Coffey was accused of a 'jolly day out' after riding the Wicker Man at Alton Towers, the popular theme…

The rodeo-style capture happened outside a school in Charleston, South Carolina, and showed police cornering the animal - with footage…

AAP
Get all your news in one place
Latest Lifestyle news:

The Amber Heard–Johnny Depp Trial Is Not a Joke
Why are so many people treating it like one?

The Atlantic
Read news from The Economist, FT, Bloomberg and more, with one subscription
Learn More
New Balance and Joe Freshgoods give the Kawhi II a super clean makeover

As teased in the “Conversations Among Us” campaign.

Salon
An update on this week’s battleground primary results
Welcome to the Thursday, May 26, Brew.

Despite operating at a $62 million loss last quarter, Joby is that much closer to its 2024 takeoff date.

It was 7.30pm and B Srinivasan was on day five of his solo cycle ride from Kashmir to Kanyakumari. He was pedalling on a highway cutting through dense forests in Madhya Pradesh. “There was not a soul in sight,” remembers the Chennai-based cyclist. There were trees on either side of the road and there was hardly any vehicular movement, save a car or two that zoomed past in a flicker. He knew there were chances of encountering wild animals, he says, adding “I just cycled on.”

Luckily for him, he got through with no animal encounters, and went on to finish the expedition, covering 3,677 kilometres in 14 days. The ride has been certified as the fastest solo unsupported cycling expedition from Kashmir to Kanyakumari by India and Asia Book of Records.

Srinivasan started his ride on February 12 this year at Srinagar’s Ghanta Ghar. Challenges began right on day one. “The temperature was -4 degrees Celsius and I thought my palms would warm up as I rode,” he says. But that did not happen and within 15 minutes, Srinivasan’s hands were frozen. “Soon, I could not even feel my fingers,” he says. He then reached a cantonment where an Army personnel lent him a pair of gloves.

Srinivasan rode over several kinds of terrain: hills, valleys and forests. He rode through places hit by heavy headwinds, he crossed over 1,000 flyovers and rode in pitch-dark tunnels, armed with just one set of clothes, a spare tyre, three spare tubes, a cycling tool kit and two cycle pumps.

A resident of Triplicane, Srinivasan often cycles to office at Siruseri. In fact, this exercise was part of his training regimen for the K2K ride. “I trained for seven months, riding almost 80 to 110 kilometres a day,” he recalls, adding that he also topped this up with strengthening exercises at the gym.

Along the way on his pan-India journey, Srinivasan spoke to people whenever he stopped, sharing with them his story, and the benefits of cycling. “I would tell them how commuting by cycle reduces pollution,” he explains, adding that this was among the reasons he took up this expedition.

Riding almost 15 to 16 hours every day, he stopped wherever he could find a place to eat and spend the night. He admits there were also days when he cried. “It was not easy,” he says. There was the crushing heat in Telangana. At Anantpur near Bengaluru, headwinds threatened to sweep him off his feet. “I also faced heavy winds near Tirunelveli due to which in four days, the skin on my palms started peeling,” he recalls.

But in the end, it was all worth it. “I kept pushing myself to not give up,” says Srinivasan. “This is perhaps the biggest lesson I will take back from this expedition: to not give up.”

He also met some wonderful people along the way who shared meals with him. “At Talbehat near Jhansi, a man I met along the way invited me home for a meal of parathas and sabzi,” he says. “Then, he insisted on packing dinner as well. I started on my route while he cooked, and he rode 25 kilometres on his scooter to bring me the hot, sustaining meal.”

ChennaiKanyakumariKashmir (Geopolitical Entity)
Sign up to read this article

The National (Scotland)
‘Enticed through the gates of heaven’: readers’ best French beaches

Therese Coffey was accused of a 'jolly day out' after riding the Wicker Man at Alton Towers, the popular theme…

The rodeo-style capture happened outside a school in Charleston, South Carolina, and showed police cornering the animal - with footage…