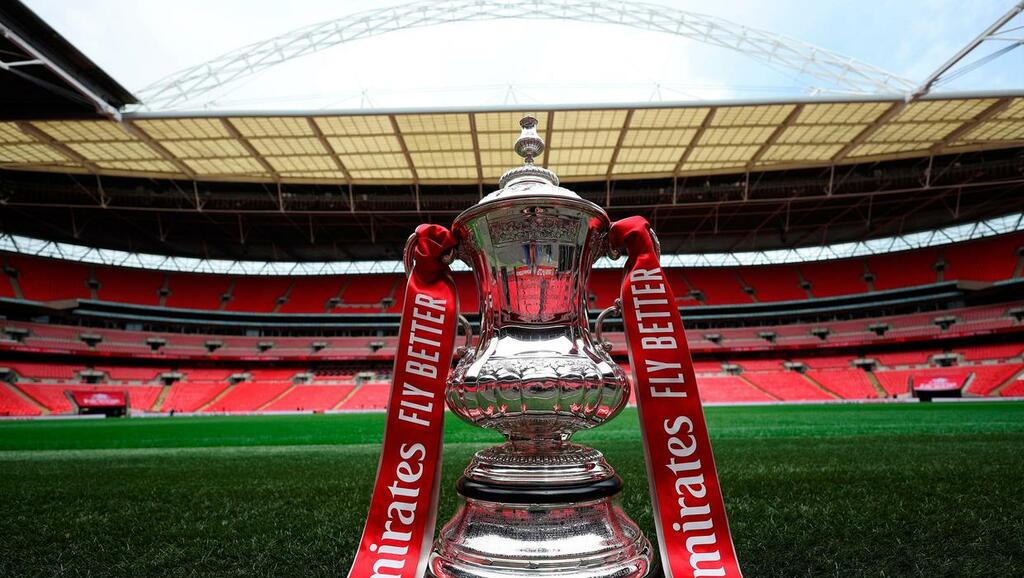 Chelsea’s need to save their season and Liverpool’s mythic quest provides formula for epic 150th FA Cup final
There is a classic FA Cup final decision to be made as the competition celebrates its 150th anniversary. Those familiar…

AFP
One subscription that gives you access to news from hundreds of sites
Chelsea news: Romelu Lukaku makes transfer statement as Timo Werner in Liverpool admission

There is a classic FA Cup final decision to be made, as the competition celebrates its 150th anniversary. Those familiar with its lore might sense echoes of Manchester United’s Jim Leighton in 1990, or Leicester City’s top scorer Ken Leek in 1961.

Chelsea manager Thomas Tuchel is currently weighing up whether to start his own expensive signing, Romelu Lukaku. Whatever decision the German makes will have bigger repercussions, not least for Lukaku’s career, but it could also follow 1961 and 1990 in dictating the game. That points to something else that stands out, on a day when the FA Cup will celebrate so much history. Like the best of previous finals, this one really is all about the game alone.

Some of that is ironically down to far bigger issues, but this time they serve to sharpen the clarity of the fixture. Chelsea are looking to the trophy to save their season. It’s even been like cup runs of the past in how they seem to have almost saved themselves for this, allowing a certain inconsistency in the league as they keep everything for Wembley.

Liverpool are in the opposite situation, but that goes some way to having the same effect. Jurgen Klopp’s magnificent team can still win everything, but that only increases the importance of every individual trophy, especially as the chances increase that they may end up with little. The current dynamic of the title race may even see them ramp it up, as City edge out of sight.

The history of this competition weighs over both, too. Chelsea’s will to save their season is amplified by a desire to prevent the club becoming the first to ever lose three consecutive finals. So many players are determined to make up for the defeats of 2020 and 2021, and finally win the club’s ninth FA Cup. That would at last take them above Tottenham Hotspur to be the third most successful in their own right.

Liverpool are, meanwhile, hoping to join Chelsea and Spurs on eight, as they prepare for their first FA Cup final in a decade. That rarity value has added a greater excitement to the occasion, as Liverpool supporters have found tickets as hard to come by as those for the Champions League final.

This is one no one wants to miss. That reminds of how this will be the first final since 2019 to feature a full crowd, something all the more apt given the anniversary celebrations. It will add an even greater charge to the occasion, as so many great finals of the past are recalled.

This could be a great game in itself, if the last domestic final between these clubs is anything to go by. That Carabao Cup final, which Liverpool won on penalties, was as close to a true 50-50 as you can think. It was also brilliant because of it, even though it was 0-0. That should inspire Chelsea for Saturday, as it proves they can still be as good as Liverpool on any given day, but also raises the question of why that hasn’t been the case over the course of the season.

It is one reason this match matters much more to Tuchel’s team than Klopp’s. Chelsea should have been title contenders. They had already fallen away from that before the uncertainty over the ownership, although it is obvious now that has affected some of the squad’s focus.

There is a symmetry to this game in that regard. The last domestic final between the two was preceded by the first questions over Roman Abramovich’s ownership of the club, in the wake of Russia’s invasion of Ukraine. This one now sees the future of the club almost secure, with the takeover by the Todd Boehly group to be completed in the coming weeks.

It all means the players don’t so much want this to be the last trophy of an era or the first of a new one. They just want to win. That’s where the Lukaku decision may be so pivotal. After months where it seemed like it was a certainty that Chelsea were just better with Kai Havertz playing as a false nine, the Belgian seems to have clicked a bit. He looks more confident, the team have been that bit more free-flowing.

He may also be a better fit to face the high line of this Liverpool defence, as he seems to redeem his own season in classic cup style. Either way, Lukaku will be well aware of the lore of the competition himself. His childhood hero, Didier Drogba, has scored in more finals – at four – than anyone else. They have all, of course, come for Chelsea, firing them to half of their cups.

Liverpool haven’t actually won an FA Cup since before Drogba hit his first, in 2007. Their last was 2006. It was one of the oddities of their otherwise illustrious history. Liverpool didn’t even win the competition until 1965, almost a century into its existence, and haven’t followed with as many victories as you would expect.

That is precisely why there is something special about this day for them, despite so much else going on. This 150th-anniversary game will no doubt see a lot of renewed discussion about the “lost meaning” of the FA Cup, especially as so many epic games of the past are recalled. That in itself is a debate that should be consigned to history.

There is enough about the competition, as it enters its 151st year, to be its own thing. This fixture certainly has enough about it. It could even be one to stand alongside any of those that will be revered on the day.

Chelsea’s need to save their season and Liverpool’s mythic quest provides formula for epic 150th FA Cup final
There is a classic FA Cup final decision to be made as the competition celebrates its 150th anniversary. Those familiar…

AFP
One subscription that gives you access to news from hundreds of sites
Chelsea news: Romelu Lukaku makes transfer statement as Timo Werner in Liverpool admission