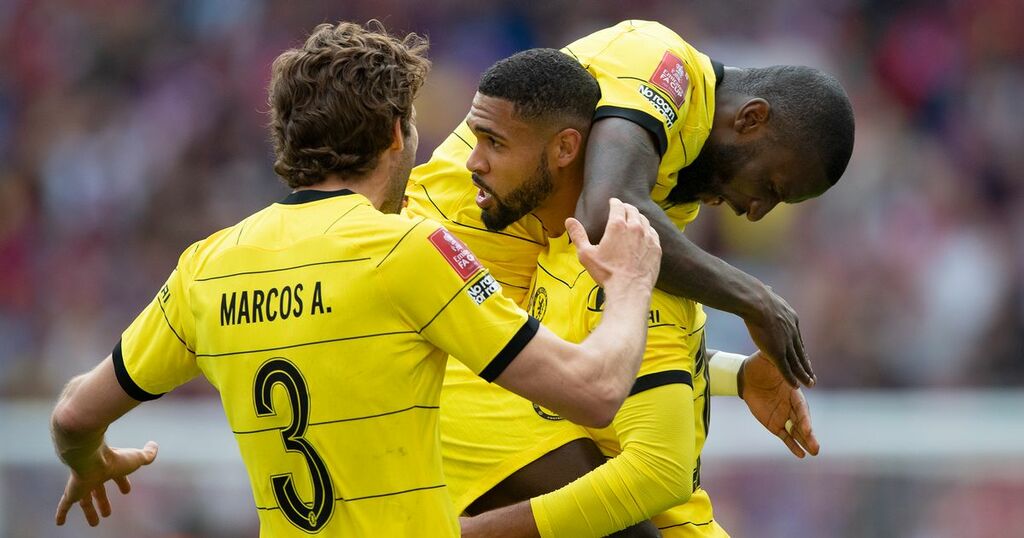 Football London
One subscription that gives you access to news from hundreds of sites
Liverpool suffer major FA Cup Final setback with Mohamed Salah injured vs. Chelsea at Wembley

Chelsea wearing the all-yellow strip today as they face Liverpool at Wembley for the FA Cup final.. Jurgen Klopp's side will wear the traditional red kit.

The Blues, who won the 151-year-old competition in 2009 wearing a similar strip, wore the away kit in the semi-final, which saw Thomas Tuchel's side waltz past Crystal Palace 2-0. The last time the west Londoners rocked a yellow away strip was in the 2018/19 season, though the home kit was worn in the FA Cup triumph over Manchester United.

Ever since, Chelsea have fallen at the last hurdle in each of their previous two attempts to lift the FA Cup, losing to Arsenal and Leicester City in their home strip on both occasions. Though this time around, Tuchel side will don yellow and hope to rekindle the success they once enjoyed against Everton nearly 13-years ago - for the superstitious out there, connect the dots and the stars align.

On the Chelsea website following the kits release last summer, the statement read: "The pinstripe detail is a nod to kits of the past, but are refreshed by the alignment with black, representative of this new era of youthful energy taking over the club."

The strip, as mentioned, looks to represent the club's emergence of excellent young talent which is fitting, with Cobham graduates Mason Mount and Reece James starring in Tuchel's strongest eleven. On the yellow away strip, Mount said: "When you look over the years, you always remember the yellow kits on our heroes that made an impact. As players I feel we can do the same and create even more special moments in this new kit!"

Chelsea have made a habit of walking down Olympic Way with a winner's medal in hand throughout Roman Abramovich’s tenure and Todd Bohely will be keen to follow suit. So to Tuchel, who has spoke ahead of the FA Cup final.

The Blues boss explained how his side are looking forward to the bout, irrespective of Liverpool's impressive displays this season. He said: "I don't care about their other titles.

"We lost, of course, the final. We gave everything in that final as you know, it was a big match that went until the very last penalty.

"Of course, we were unlucky and lost it. We want to turn things around. It will not give us the Carabao Cup title back but we are here and were here last season in the FA Cup final and that means an unbelievable lot to us."

Tuchel added by talking up the occasion, indirectly emphasising the importance of the FA Cup to Boehly. The Chelsea boss said: "It's the FA Cup, the most prestigious, most traditional cup in the world and played at Wembley.

"There are not a lot of bigger games to be part of and it's why we are grateful and we will be well prepared. We play against one of the strongest teams in the world which are in outstanding form given their results. So it will be a tough one and we will try to make life hard for them."

Football London
One subscription that gives you access to news from hundreds of sites
Liverpool suffer major FA Cup Final setback with Mohamed Salah injured vs. Chelsea at Wembley