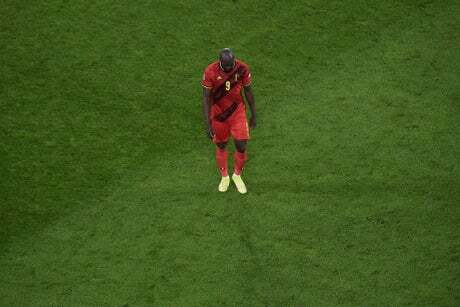 Romelu Lukaku has withdrawn from the Belgium squad and returned to Chelsea after suffering from "muscle fatigue".

The Belgian striker, who scored a wonderful goal in their 3-2 defeat to France in the Nations League semi-final this week, will not feature in the third place play-off game against Italy.

Chelsea manager Thomas Tuchel will be concerned by the news with the Blues facing Brentford on Saturday 16.

Former Chelsea winger Eden Hazard has also withdrawn from the Belgium squad and will return to Real Madrid.

Belgium boss Roberto Martinez could not put a timeline on when Lukaku would be able to play again, adding to the anxiety at Chelsea.

"They're not in best conditions to play. They're leaving the national team camp due to these problems - I don't know how long it will take.”

Chelsea have a packed schedule over the next few weeks with a Champions League meeting with Malmo following their London derby against Brentford and a Carabao Cup tie with Southampton before the end of the month.