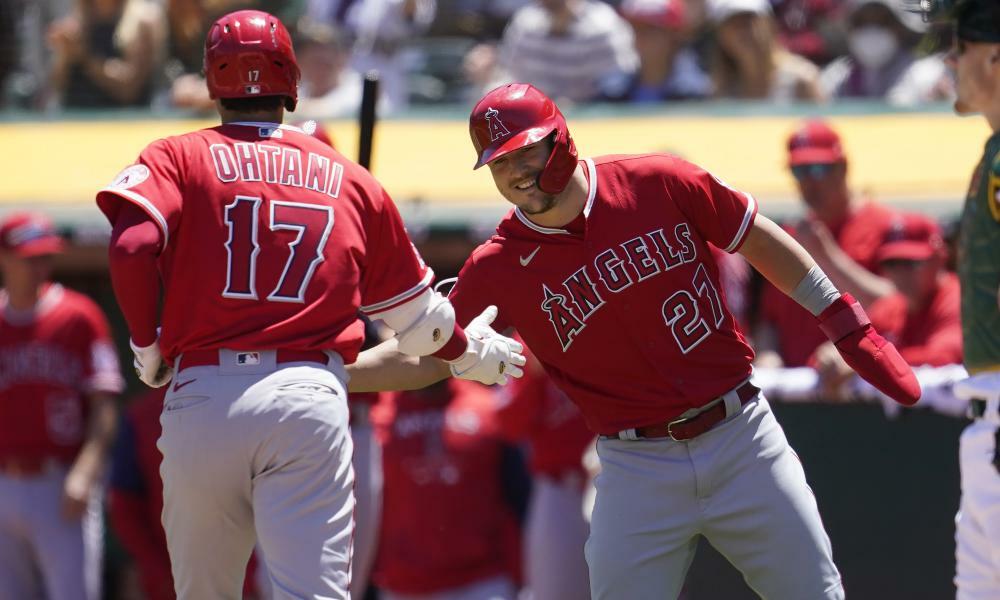 Does the world’s best baseball player finally have a supporting cast?
The Angels haven’t had a winning season since 2015, despite the presence of their nine-time All-Star. This year could be…

The Guardian - US
Read news from The Economist, FT, Bloomberg and more, with one subscription
Learn More
Jimbo Fisher Rips Nick Saban After Pay-For-Play Accusation

He called Saban a narcissist and said his comments were “despicable.”

Timo Werner has good reasons why Chelsea will not be saddled with an unwanted piece of FA Cup history.

Chelsea face Liverpool in Saturday’s Wembley showpiece determined not to suffer a third successive defeat, having lost to Leicester last year and Arsenal in 2020.

But Werner believes Chelsea relish being underdogs, the team spirit from a tumultuous season and the only time Thomas Tuchel has lost to Liverpool in four meetings since taking charge was in a penalty shoot-out in the Carabao Cup final.

Blues forward Werner insists Chelsea are ready to repeat last season’s surprise when they defied the odds to beat Manchester City in the Champions League final as he says it is “fun” to play against Liverpool.

Werner said: “When you are three years in a row in the final and lose it three times, that would not be the best record that you can put into the history of the FA Cup.

“But I think the FA Cup Final is a bit similar to the Champions League Final last year. I think there we were also a bit the underdogs, but it fits us very well, I think. With the structure we have.

“Liverpool have always had problems against us. In the last two years that I’ve been here we always had good games against Liverpool. We never lost in 90 minutes, so I think we also won some games.

“It makes it a lot of fun to play against Liverpool. They defend very deep, because they are also very brave, they also defend very high, so maybe that fits my style of football a bit better. It is fun.”

Werner is 26, moved to Chelsea two years ago and it is fair to say he has had mixed fortunes. But in the past few months, Werner has really stepped up with goals, his overall contribution to the team and has nailed down his place as a first choice starter.

Germany star Werner is also very different off the pitch to what he looks like on it. He loves to joke, is close to the young players like Kai Havertz - their girlfriends are also good friends - and Mason Mount and Reece James.

While he can look down and serious on the pitch, he says: “it’s hard to run onto the pitch with a smile. But outside of the pitch, I love to do jokes. Our changing room is very funny. Off the pitch, I’m not so serious.”

His friendship with Havertz, in particular, has helped them both through ups and downs. “We understand the other one very good. It’s still hard in football to find the right words, it’s up and down, it’s like this when you play for a top club.”

Werner scored 17 goals for club and country last season and has the same figure this season. But he knows his misses are played as often as his goals and that has been difficult for him.

“The five years before Chelsea the last year was always going up, I never had so many problems in terms of scoring as I’ve had in the last year,” he said. “But in the end it helps you, it brings you to another level, you see things differently and you have to keep going.

“But it is not just the strikers. We have to work hard as a team. I think that was the key when we won the titles because we were playing together as a team.”

Chelsea won the Champions League last year which ensured it was a good season. This time Werner says lifting the FA Cup would turn the season into a positive campaign.

Werner added: “To win the FA Cup at the end of the season gives the season this touch. It is one of the biggest cups in Europe. The oldest cup in England.

“We want to win this cup. We are all happy that we have also a very good opponent where it makes it much fun to play in this final and we want to win it.”