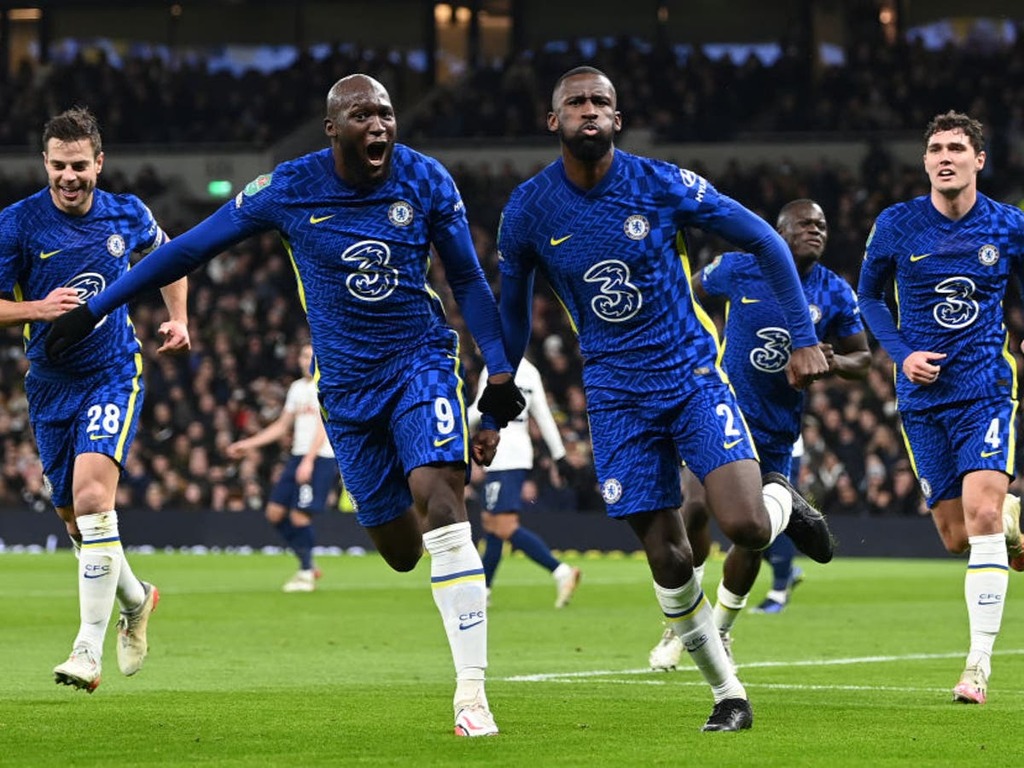 Having spent two years at Stamford Bridge, Antonio Conte didn’t need this defeat to realise the standards at the top level. Chelsea went and reminded him anyway as they beat the Italian’s Tottenham side 1-0 to make it 3-0 on aggregate and reach the final of the League Cup.

For all the debate about his team lately, Thomas Tuchel has kept up a remarkable record of reaching the final of every cup he’s entered – and is now the first Chelsea manager to reach the final of every major competition. He is one game away from a second trophy, after last season’s Champions League.

Tottenham meanwhile still look so far away from their first since 2008, despite the effect of Conte himself. This will only have reasserted to the Italian how badly he needs to reinforce this Spurs team. They may not be anywhere near as wealthy as Chelsea, but this squad doesn’t look at the level it should be. That could be seen in the line-ups.

The only surprise about this game was that Conte started Pierluigi Gollini in such an important match. His most influential moment was missing the corner that bounced in off Antonio Rudiger. It was also the main intrigue of the match. Conte claimed he merely persisted with Spurs’ cup goalkeeper, but many will still be wondering whether there was any deeper rationale, given the recurring debates around the game. Was it to do with Hugo Lloris’s contract running out? Was it to make a point about recruitment? The game as a whole made enough of a point.

Baffling as it may seem given how the game developed, Spurs did actually start with some urgency. They looked like Conte had at least motivated them. The ability to keep it going is a different issue, though, especially against a side of Chelsea’s depth.

The European champions killed Spurs in two ways – although both contained some self-inflicted wounds. There was first the way they just took command of the ball, and the territory. There were long stretches when Chelsea simply penned Spurs in, just taking that energy out of their game.

There was then the clinching goal. While Rudiger has now been responsible for a few big moments in front of goal, this was more down to Gollini. Under pressure, but not exactly taking command of his own area, the goalkeeper missed Mason Mount’s corner. That meant the ball simply hit Rudiger’s back and went in. Even though away goals don’t count in League Cup semi-finals in normal time, it just felt that the tie had already been settled.

The game had the feel of a face-saving exercise, underlaid by the vague feeling that Spurs might be capable of something if they could get within reach. This is a Conte team, after all. And there were frustratingly tantalising moments. There were two penalty calls that were ultimately overturned by VAR. Both decisions were correct, but it was maybe surprising that Rudiger escaped a red card for his lunge on Pierre-Emile Hojbjerg. It looked like a goalscoring opportunity.

Harry Kane then had the ball in the net in the second half, but he was visibly offside, in another obvious decision that had to be overturned. As many questions could be asked of the officiating in this one.

But it is also games like this that bring the biggest wonder of all, which is why the Italian took this job. It is really a Conte team in name, only. He still has so much work to do, because it is still a Tottenham team that remain the remnants of the Pochettino era. They are so short of the depth and level required.

The planning at the club isn’t all to blame of course. They simply aren’t as wealthy as Chelsea. But there can still be questions about how much they’ve spent and where they’ve spent it. Conte must be wondering the same now.

It is not just that he doesn’t really have a squad to compete. It is that he barely has a first XI. There are too many positions filled with players not up to standard.

If Conte had his way, how many from this starting line-up would actually survive into an idealised XI? Kane? Lucas Moura? Ben Davies? Harry Winks? And of those out? Lloris? Sergio Reguilon? Oliver Skipp?

Against that, Chelsea just had too much power, too much quality. How Spurs would love to have the luxury of bringing someone like Hakim Ziiyech off the bench – let alone N’Golo Kante. Conte will now only be increasing the pressure on the club to bring in new signings. The gulf is simply too great.

It is why Spurs still haven’t won a trophy since they lifted the League Cup itself in 2008. And it’s why Chelsea made it their 15th in that time, as well as the 18th of Roman Abramovich’s time in charge.

Tuchel has been responsible for three of those, all in succession. Conte knows that is the level he must aim for. Whether it is the level Spurs can even get close to might end up one of the main tensions of his tenure.