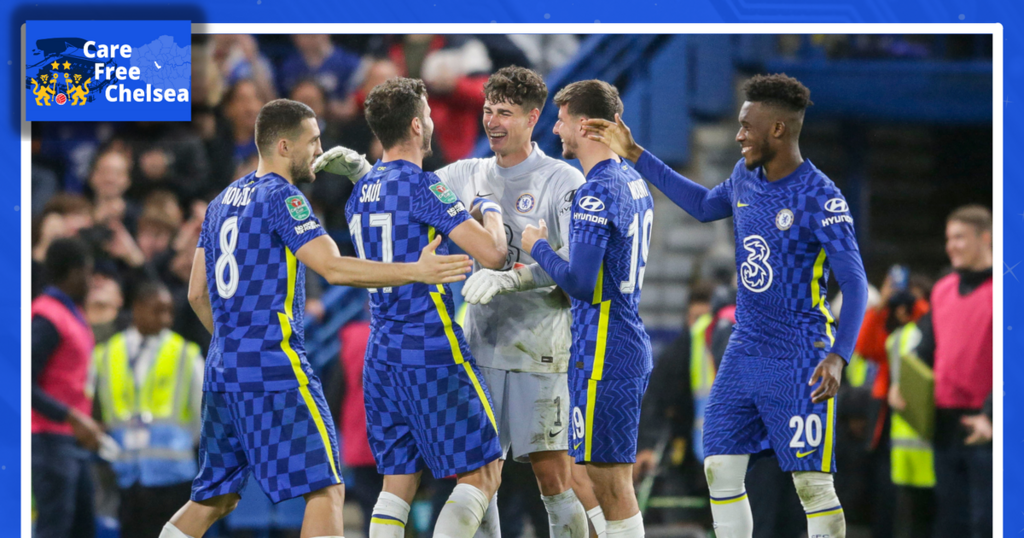 Given how things looked for Kepa Arrizabalaga by the end of 2020, 2021 certainly injected a sense of much-needed optimism into the Spaniard's career.

A slow reintegration under Thomas Tuchel, five consecutive clean sheets against Barnsley, Newcastle, Sheffield United, Brighton and Manchester City helped ease the doubts over his ability which were hard to bat away.

This season has only helped to inject more energy into Kepa's rehabilitation, most punctuated by his penalty heroics in the UEFA Super Cup against Villarreal back in August, coming off the bench in extra time to win Tuchel his first silverware of the season in dramatic fashion.

The penalty triumphs only continued into the autumn as the 27-year-old helped Chelsea progress through the early rounds of the Carabao Cup against Aston Villa and Southampton to much credit from supporters.

Two strong performances against Zenit and Brentford in December were perfectly timed to help ease previous doubt as Edouard Mendy's AFCON-related absence loomed over an intense month which only increased in importance as more games were added.

Kepa's strong start to the month has helped, even though everyone fully expects his peer Mendy will reclaim the first spot once he returns from international duty.

However, this upcoming run of games for Kepa will not only truly reflect how far he has come since the historically poor 2019/20 campaign but also if Roman Abramovich is able to see his trusted director Marina Granovskaia reclaim anything from the record-breaking £71m transfer fee paid to Athletic Bilbao in 2018.

Even with the positivity surrounding Kepa from his coach, teammates and supporters, there should still be a general appreciation the Spaniard will unlikely ever reach the level required to displace Mendy.

The Senegalese's numbers this term reflect his increased value since his £22m transfer from Rennes in September 2020, having the fourth highest prevented goals in Europe's top five leagues via WyScout with 12 clean sheets to his name.

Kepa's upcoming run as the first choice will hopefully prove to be fruitful for the Spanish international in fully recovering his reputation that was so harmed, though his hefty wage packet must surely be something troubling Chelsea if he is to remain a backup option for the foreseeable future.

The issue for Granovskaia in a market impacted by COVID-19 is who will be able to not only pay a reduced fee but mainly cover his high wages to take him away from Stamford Bridge.

And as Chelsea fans have praised Granovskaia for in the past, her tough negotiating stance to get the best deal sometimes means the club holds onto unwanted players for too long.

Politically Kepa presents the worst of Chelsea's most expensive buys in the last decade, probably only tested by the £60m signing of Alvaro Morata in 2017 that was rectified two years later when Atletico Madrid coughed up a similar fee originally paid.

Unless the most extraordinary turn of events happens over the next year, Kepa will not attract the same fee from 2018 and, if he was able to, you would suspect he would be in a position to remain Chelsea's No.1.

The next few weeks can help Kepa regain even more confidence in goal for Chelsea while potentially raising his value enough for conversations to be had about a potential exit next summer.