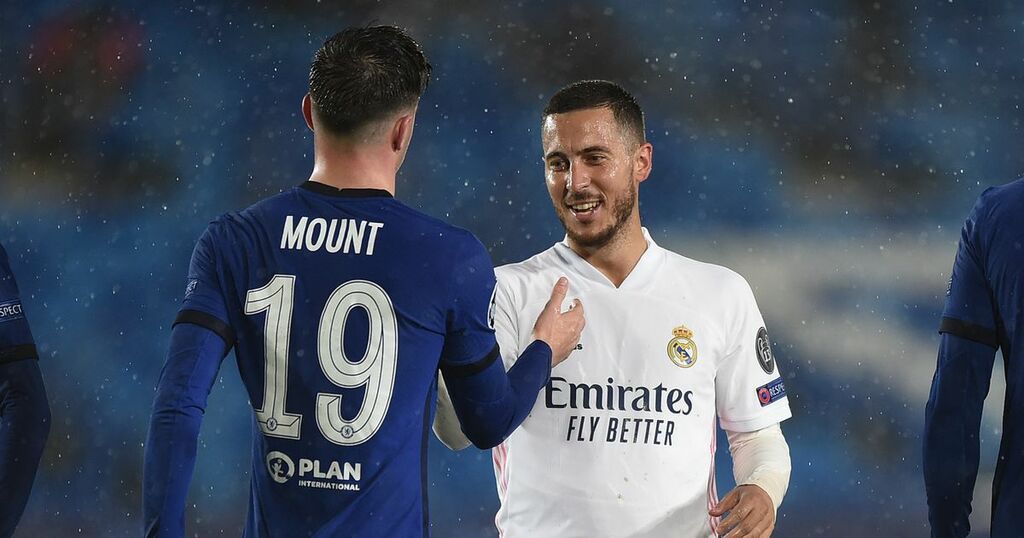 From his first touch, the quality of Chelsea's overall game had increased.

Mason Mount did not take long to remind everyone of his elite quality, but also how Chelsea can ill afford to spend long without him after he missed the defeats to Manchester City and Juventus through injury.

Mount's very first touch was a right back-heeled flick from a fired Ruben Loftus-Cheek pass into the feet of Timo Werner as he spun Southampton centre-back Mohammed Salisu like a bottle top.

His next was to receive a pass from Trevoh Chalobah on the half-turn and quickly shifting it out wide to Cesar Azpilicueta before making a darting off the ball run into space to latch onto the return pass from his captain.

The England international then whipped a crisp first-time cross into the box which found Ben Chilwell darting in to have an effort blocked accidentally by his teammate Romelu Lukaku.

In the space of two minutes, Mount had completely changed the dynamic of a game that was threatening to move away from Chelsea's grasp following Southampton's James Ward-Prowse equaliser from the spot.

His energy and directness offered a tempo Tuchel desperately needed to swing the momentum of the game back in Chelsea's favour as the European Champions chased a much-needed boost of three points. His influence should not come as much of a surprise given how essential he has become to the club since breaking through under Frank Lampard in 2019.

The level Mount produced in just over 20 minutes on the pitch reminded me of the sort of level witnessed when the Belgian wizard Eden Hazard was at the club. Even if Mount's flair and style may not fully fit the Belgian's artistry, his overall importance to this current side does, in the way it ticks and flows.

Mount's growing importance and levels of responsibility were present last season with key goals against Liverpool, Porto and Real Madrid in vital Premier and Champions League contests. Wearing the armband in the FA Cup against Luton Town and Sheffield United under two different coaches. And likely the high point of his career so far, playing the pass that won Chelsea the European Cup back in May.

There had been criticisms of his performances so far this term for lacking the accuracy that has become associated with his game, most notably being replaced by N'Golo Kante at the interval away to Spurs a few weeks back. But even if the start to this season has been underwhelming, the underlying numbers provide proof of a player still vitally important to Chelsea.

After Saturday's performance, Mount now has the joint-most big chances created in the Premier League this season – all coming from open play. Which some corners of social media will tell you Mount cannot do. This also tallies with The Analyst Premier League advanced metrics database which shows that the young English pair of Mount and Reece James rank highest for Expected Assists in the 2021/22 Premier League season – above Liverpool's Trent Alexander-Arnold.

Hazard was similar in his growing importance to Chelsea following his arrival from Lille in 2012. By the time he left, no player was more involved creatively in Chelsea's productivity in the final third. Hazard not only had to ability to create moments of pure genius, but Chelsea could not survive as a serious threat without his involvement. At only 22, Mount is taking up the huge mantle left by the winger to become the club's new inspirational star.

Tuchel stressed how important a squad game is to him before Southampton, noting that Mount's recent absence should not become overbearing and an easy excuse for why Chelsea faltered in their last two defeats.

"Of course we want to have Mason for the energy he gives us and of course we miss him but we cannot start reducing our performances on looking at the players who are missing. Do we miss NG? Of course, every team in the world misses N’Golo Kante. Do we miss Mason if he is on his best level? Of course, that is why he plays for us, it’s why he’s a top player.

"We have the squad and the duty, on me as a coach to find solutions, it is possible to win games without Mason Mount. Hopefully, he knows with how much respect, and how much I love him. I want him to be in the team. If he is injured, we need to win games without him. It is the same with N’Golo, Christian Pulisic and Reece James."

Tuchel has shown how flexible a coach he is, to use the strength of Chelsea's big squad to find solutions to issues on the pitch. Probably most encapsulated by the forgotten midfield duo of Ruben Loftus Cheek and Ross Barkley coming into play key roles in Chelsea's latest win. Though there is a reason Mount has become a constant mainstay in the starting lineup over the past two years and it is because both Lampard and Tuchel realise how special a talent Mount is.

The consistency levels he has shown for a player of his age are quite simply ridiculous, given older peers in this current squad have struggled to maintain a starting position.

The levels of consistency, quality and influence Mount has been able to produce given his young age and pressure at such a big club make him a generational talent that will be hard to reproduce. A player every coach adores and one supporters dream to see breakthrough their academy.

The concept there was ever a debate over Mount being serenaded with a banner is ridiculous given what he's accomplished in the tender years of his developing Blues career. If Mount continues on the same path of importance as Hazard, then Chelsea will continue to be a successful club.

What are your thoughts on Mason Mount's start to the season? Follow our CareFreeChelsea Writer Daniel Childs on Twitter to get involved in the discussion and give us your thoughts in the comments section. If you enjoyed reading this then give my other articles a read below.