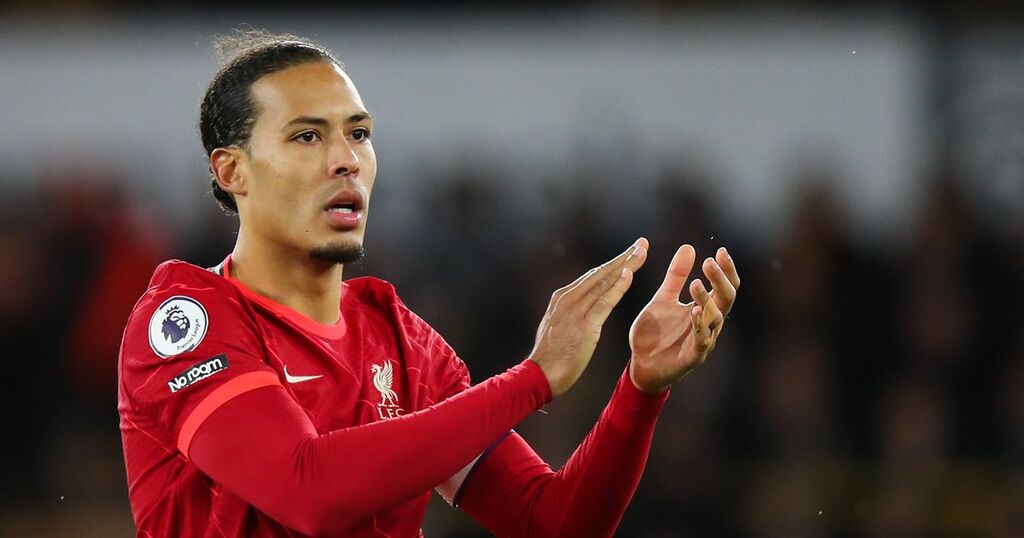 In an alternate universe, Antonio Conte could still be Chelsea’s manager and Chelsea could be dominating Europe.

I’m talking back-to-back Champions Leagues, back-to-back Premier League wins, you name it. If only he had made the signings that he wanted.

A bit of hyperbole there, but I hope you catch my drift. There are a few signings that Conte could have made during his spell at Chelsea but he was reportedly not backed by the board. The series of transfers lead to the beginning of then of what was a beautiful partnership.

I can’t tell you the plans he had for the likes of Virgil Van Dijk, Kyle Walker, or Romelu Lukaku back in 2017. I can tell you that if Thomas Tuchel had inherited the team that Conte wanted to build, Chelsea would be flying higher than they already are…

Life is all about ‘what ifs’ and the unknown. There are so many signings that could have been for several clubs. For example, Arsenal could have signed Didier Drogba. Steven Gerrard could have been a Premier League winner with Chelsea. I can’t help but wonder how things could have really panned out if Antonio Conte had been able to bring in at least three of the seven signings that he had his eyes on.

Virgil van Dijk, just a cool guy from the Netherlands who played for Southampton at the time. Pretty good player if you had asked me back in 2017.

Antonio Conte had told the Telegraph that he wanted to sign two players immediately after winning the Premier League. Virgil Van Dijk was one of them. He said,

“We were in contact every day and this I’ve always said that having two players would improve the team by 30%.

“I think I’ve lost the momentum to stay at the top for years after Chelsea. It’s a shame that it didn’t happen…

Van Dijk, along with Liverpool, showed that my thoughts were right for the club.”

Do I even need to explain how much of a miss this was for the Blues? Forget Van Dijk playing under Conte, how about him playing under our current manager Thomas Tuchel. Our contract issues with our current centre-backs would be far from on my mind.

Van Dijk strengthens any team's backline and he proved it by guiding Liverpool to their first Champions League final in 13 years in just 6 months of his arrival.

The second target for Conte was Romelu Lukaku.

I know what you’re thinking, ‘we’ve got him now why would we have needed him then’. Let me remind you that we had been left with an unenthused Alvaro Morata and an unused Michy Batshuayi to lead our front line. Just let that sink in.

Lukaku was a necessary signing but years ago. If we had secured him then, we would have probably seen the brilliant relationship between manager and player back then too. There’s no denying that Conte and Lukaku share a bromance so similar to Jose Mourinho and Michael Essien. It all began at Inter Milan when it should have commenced in West London instead.

They understand each other and based on recent interviews, they maybe miss each other.

In 2017, two of the fiercest managers wanted Kyle Walker. Antonio Conte, and I’ll let you guess who the other was. Pep Guardiola was successful in his hunt for the then Spurs right back.

I understand Tottenham are one of Chelsea’s biggest rivals at the moment, but it would have been nice to have Kyle walker run wild in that right-back role. Would I have traded Azpilicueta? Probably not but he would not have been such a bad addition to the team.

Just imagine him in Tuchel’s current team. He would immediately solve our right-wingback issue with Reece James currently out. He could have also made an adequate fit for right centre-back adding an extra dynamic of blistering pace. He is currently 31-years-old however he possesses the pace of a 19-year-old. We’ve seen it all before and we’ve seen him up against our accelerator himself, Timo Werner.

There are other signings that could have been made that probably wouldn’t have worked. These include Alexis Sanchez, Fernando Llorente and Alex Oxlade Chamberlain who he would have played as a right wing-back. Not all decisions would have been clinical, but the ones I have named may have been rewarded with years of dominance.

Who knows? Life is full of mystery, full of unanswerable questions. All we can do is wonder and think about what could have been.

Make sure you have subscribed to CareFree Chelsea on YouTube! The Fan Brands team along with plenty of your football.london favourites will be producing daily Chelsea content for you to enjoy including match reactions, podcasts, football fun and interviews. You can follow Anita Abayomi from the CareFreeChelsea team to keep up to date with his work.