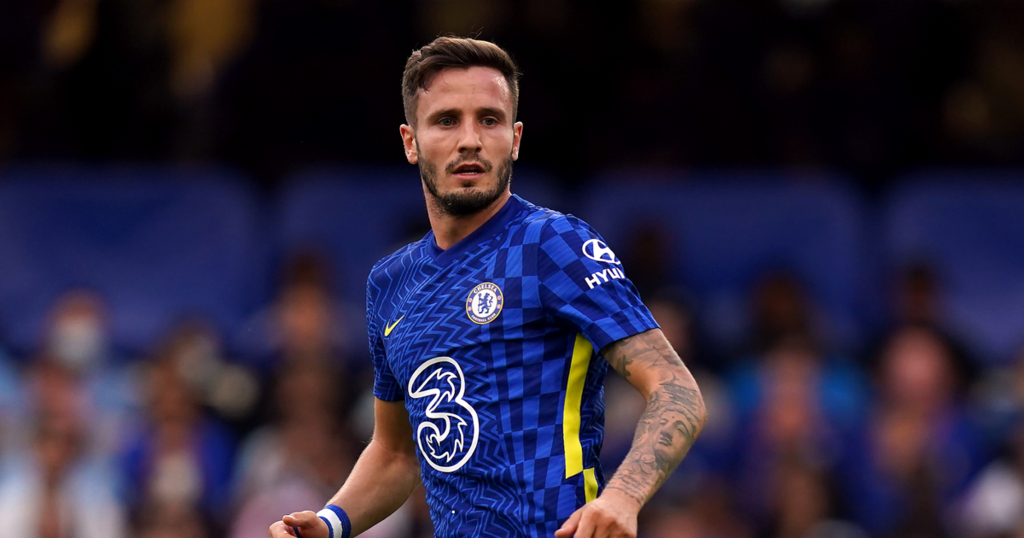 Chelsea's electric start to the season has been overflowing with positivity.

Unfortunately, their 3-0 victory against Aston Villa was not without its negatives.

Their only substantial investment of the summer summer continued to justify his record fee, with Romelu Lukaku hammering home a brace with a goal either side of half-time.

You have to be quite the player to have cost £97.5million and still be considered a bargain.

Yet the same could not be said of his fellow new arrival Saul Niguez, who endured a debut to forget for his new side.

Chelsea secured his services from Atletico Madrid in a loan move which was agreed on transfer deadline day.

With N’Golo Kante continuing to be bothered by a frustrating ankle injury, it seemed to be the perfect arrival at the perfect time.

After all, the Spaniard arrived in England having just won the La Liga title with Atletico, and his reputation has always been strong in Europe.

Unfortunately, his performance resembled that of a youth player thrown in to fill a hole left by an influx of injuries, rather than the experienced 47-cap Spanish professional he is.

“We could see Saul struggle to adapt a bit to the intensity, instructions, style of play and intensity of the Premier League,” Tuchel said after the final whistle at Stamford Bridge.

“He was happy to do it, but I told him it’s my responsibility.

"He struggled a bit with ball losses and created some half chances, chances for Aston Villa, I thought better to change him."

Tuchel did not hold back on his assessment of the 26-year-old, but his words were not necessary as the writing was already on the wall.

The German manager hooked him off at half-time for Jorginho, and the Blues immediately looked even more assured and comfortable.

It also does not help Saul’s case that Chelsea have already allowed youth player Billy Gilmour to leave on loan for Norwich City.

Gilmour broke onto the scene with a stunning debut in the FA Cup against Liverpool just before the first lockdown.

Were it not for a painful injury soon after his dynamic display against Jurgen Klopp’s side he could have been starting for the Blues this season.

Chelsea decided to send him out for more experience, and Saul was brought in to add extra depth to the midfield.

The Blues have become leaders in the development of young players, but they have also become exhibit A for clubs to refer to when deciding to stick or twist on their loan stars. 'Look everybody, don’t do a Chelsea,' says every Premier League academy manager.

Declan Rice was jettisoned from their youth sides when he was a 14-year-old and now he is one of the most sought-after midfielders in the Premier League with an £80m price tag around his neck.

Lukaku’s return to Chelsea is a particularly unique transfer as it is simultaneously a resounding success and a damning failure.

He was allowed to leave for Everton in the 2014 summer transfer window for £28m and the Blues brought him back for almost four times that figure seven years later.

The fact they gave him away, not quite on the cheap as £28m was a lot of money in 2014, is an admission of failure.

It is Simon Cowell returning to Dermot O’Leary to present the X-Factor, less than one year after jettisoning the presenter for bring in Olly Murs.

In 2015 Diego Costa was signed with the very funds generated from Lukaku’s exit.

The gnarling Spanish international had some excellent spells, but he left the Blues under a storm cloud three years later, and was replaced by £60m Alvaro Morata.

By the time Morata left Chelsea for Atletico Madrid in 2019, Lukaku had 104 Premier League goals.

Imagine the legacy he would already have if the club retained him after his excellent loan spell for Everton where he recorded 15 goals and eight assists in 31 appearances. Didier who?

However, it is too early to file Saul into the cabinet of failed midfield signings, a folder which contains the likes of Tiemoue Bakayoko, Marko Marin and Juan Sebastien-Veron.

But if performances do not improve, he could become the newest player to join that not so illusive club.