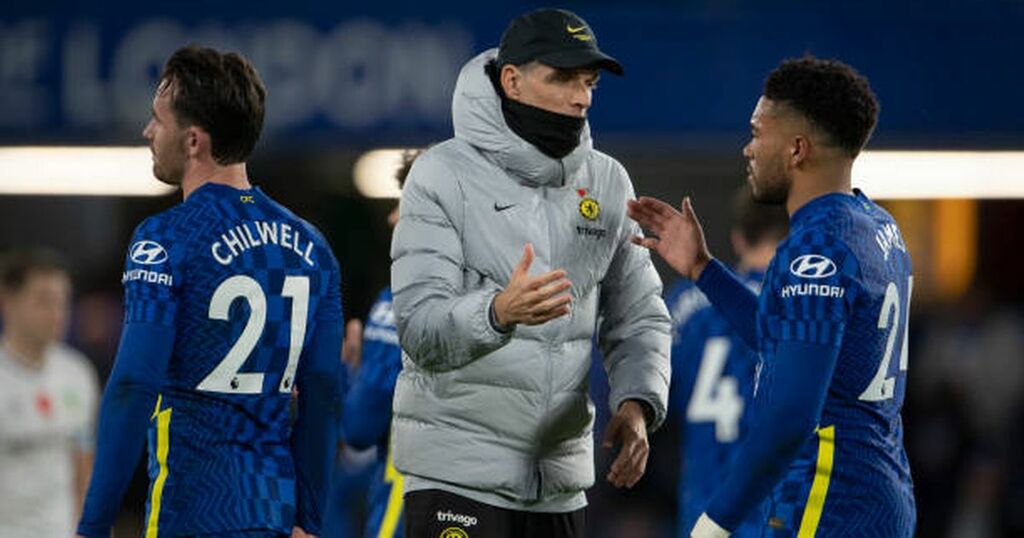 In the conversation for who is currently the best wingback in European football, the first answer would probably be Reece James, closely followed by Ben Chilwell.

The pair have been truly instrumental for the creative flair that has been injected into Chelsea's play after some attacking frustrations in the early weeks of the season.

But for James, who is one of the academy graduates that broke through under Frank Lampard in 2019, the defender who blossomed at Cobham is forging a path many supporters dreamed of when we got our earliest glimpses at a truly outstanding talent.

James is performing at a consistently high level you would expect from a fully formed player, and the elegance to which he goes about his work is like watching Roger Federer serve at Wimbledon.

In comparison to Manchester City's Joao Cancelo and Liverpool's Trent Alexander-Arnold, likely the two other outstanding candidates for right-sided fullbacks in the Premier League, James is ranking amongst the league's best attacking players.

For defenders this season in England's top flight, Reece James ranks highest for chances created per 90 (2.8) above the next closest Alexander-Arnold (1.7).

When looking deeper for Expected Assists (xA) via The Analyst, the productivity from James is further highlighted, ranks third so far behind the Liverpool fullback despite playing 325 more minutes than Chelsea's academy superstar.

In addition to creating a number of high-quality chances, James has been clinical in front of goal. He is Chelsea's top scorer in the opening three months with four goals to his name.

After assisting N'Golo Kante's second goal for Chelsea against Leicester at the weekend it means that the English international has been directly involved in eight goals in his last eight league appearances.

Oh and just for good measure James has created more chances from inside the box than any other player in the Premier League so far in 2021/22 via Squawka.

James is already becoming a complete footballer and unlike the easy comparison in Alexander-Arnold, the Chelsea man is better defensively, rarely being exposed by opposing attackers.

His presence will be crucial to Chelsea's title charge and even if Cancelo and Alexander-Arnold are brilliant talents, no Chelsea fan would trade James for them right now.

Who is the better player? Reece James, Joao Cancelo or Trent Alexander-Arnold? Follow our CareFreeChelsea writer Daniel Childs on Twitter to get involved in the discussion and give us your thoughts in the comments section. Give a read to Man City responses below.