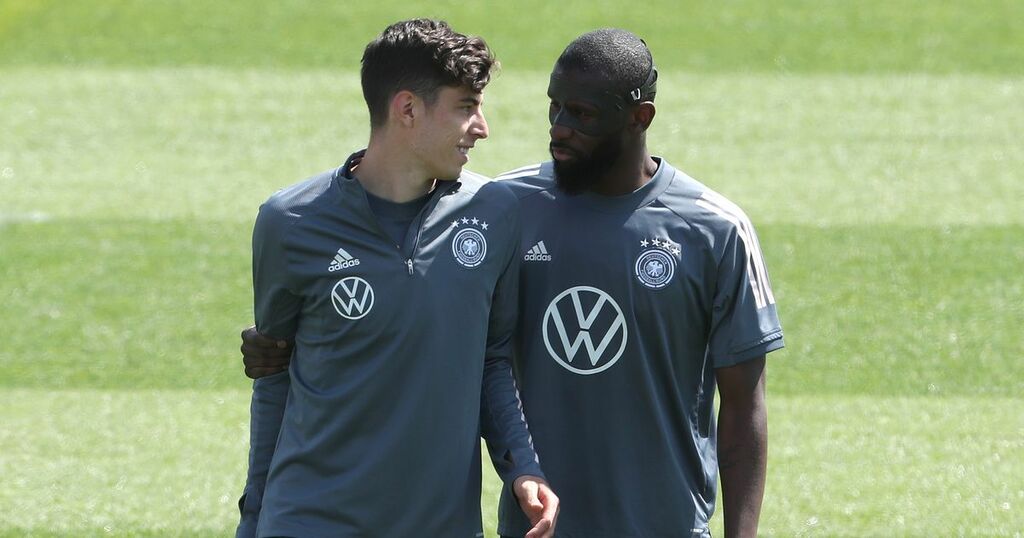 Chelsea trio Antonio Rudiger, Kai Havertz and Timo Werner are all "fine" after the plane carrying them had to reportedly make an emergency landing.

The three players, as well as their Germany teammates, were all flying back from Iceland following a 2022 World Cup qualifier on Wednesday - a game that they eventually ended up winning 4-0.

Rudiger and Werner were both on the scoresheet during the game itself, rounding off the most recent international break with a positive.

However, on their flight back from Reykjavík in the early hours of Thursday morning, Sky Germany report there was an emergency signal which meant the plane was forced to land in the Scottish capital Edinburgh. The report also added there was no panic among those on the plane at the time.

The reason so far for the emergency landing is unclear, although the German national team have confirmed that all staff and players are unharmed ahead of their respective returns to club duty.

A statement released on Twitter read: “Our flight home has been diverted to Edinburgh in order to carry out a precautionary safety inspection on the plane.

“Everyone is fine and patiently waiting while the staff go about their business calmly and professionally. Another coffee it is then!”

It was also later confirmed that the squad would be on its way back to Germany sooner rather than later, with replacement transport having been dispatched.

A further tweet read: “A replacement plane is now en route to Edinburgh to bring the players, coaches, staff and the DFB delegation back to Germany.”

After flying back to their home country, Rudiger, Werner and Havertz will travel back to the UK and Cobham ahead of the Blues’ Premier League clash with Aston Villa this weekend.

Thomas Tuchel has already been handed a concerning blow ahead of the game, with Christian Pulisic having picked up an ankle injury whilst on international duty with the USA. He could well be out of this weekend’s clash amid a few more concerns and confirmed absentees.