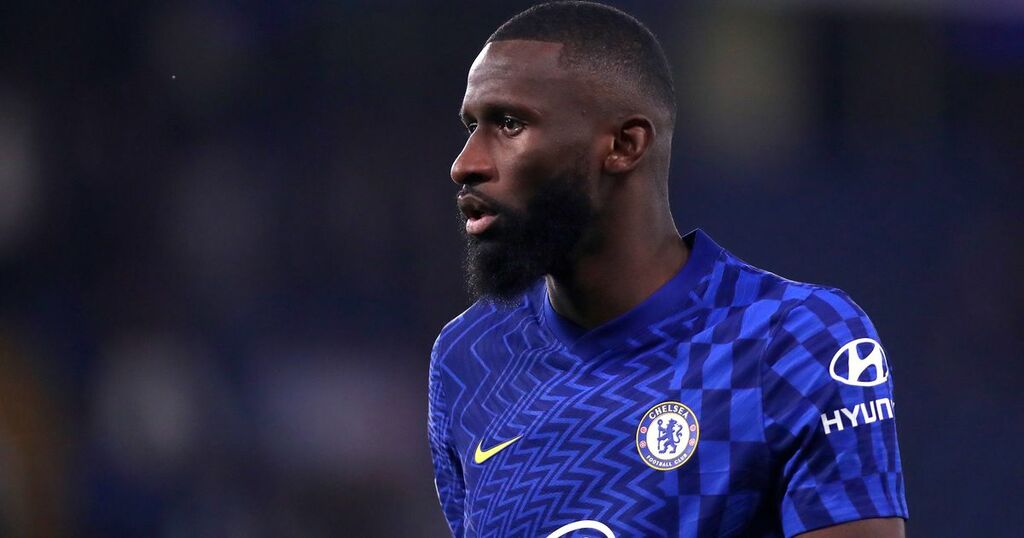 As Antonio Rudiger emerged from the tunnel to conduct a couple of post-match interviews after Chelsea's Champions League victory over Zenit, he was serenaded by those supporters still inside Stamford Bridge. "Rudi! Rudi! Rudi!"

The defender has reached peak popularity at Chelsea; the days of his temperament and attitude being questioned are long gone. As are the doubts over his defensive acumen. It's no exaggeration to state the 28-year-old has blossomed into one of the finest centre-backs in Europe under Thomas Tuchel.

"He is an aggressive leader, has this natural aggressivity in him. He hates to lose, is hard to beat in duels, is very brave, and full of energy in his defending," Tuchel said earlier this year when discussing Rudiger's influence.

“He is leading by example and has very positive aggression in him. This is what we like. When he can channel all this into top performances, as he does now, we are all very happy to have him."

Rudiger, who joined the Blues for £29m from Roma in 2017, has become Tuchel's untouchable. He has played every minute of Chelsea's opening six games, an unmatched feat across the entire squad. That is down to the consistency of his performances. It's hard to remember the last time the German had a bad game.

His outing against Zenit last night had everything a Rudiger display should. There was the natural aggression spoken about by Tuchel, but also intelligent positioning, quick recovery runs, snappy passes, and one rather spectacular surge forward that resulted in the centre-back thumping a shot wide.

Rudiger's most important contribution came in the Chelsea penalty area, however. With the game goalless, Sardar Azmoun broke beyond Cesar Azpilicueta and bore down on Edouard Mendy's goal.

The forward – nicknamed the Iranian Messi earlier in his career – was just about to release a shot when Rudiger came across and perfectly timed his interception. It was as important as Romelu Lukaku's header eight minutes later that helped Chelsea get over the line.

All this begs the question: why have Chelsea let Rudiger enter the final year of his contract at Stamford Bridge? His stock has never been so high, after all.

The situation is complicated. Rudiger's long-term future wasn't high on Chelsea's agenda prior to Tuchel's arrival. For good reason too: the German international was largely out of favour under Frank Lampard and was not the defensive colossus he has become.

His rapid transformation – and Andreas Christensen's for that matter – has caught the club out somewhat. The Blues certainly wouldn't let a player of Rudiger's importance and influence enter the final months of his contract in normal circumstances.

Tuchel is keen to keep Rudiger at Stamford Bridge. Chelsea are too, although contract talks have not progressed for some time and there is reported interest in the defender from both Paris Saint-Germain and Real Madrid.

Rudiger will be able to agree a pre-contract with either club from January. As a potential free agent, the defender can be far more bullish with his demands and know they will likely be met.

According to The Athletic, Rudiger is fully aware his next deal will be the last big one of his career. As such, he is hoping to secure a four-year contract, one that would move him inside the highest earners at Stamford Bridge. For that reason, it's perhaps no surprise Chelsea have yet to oblige.

The Blues have worked hard to bring down the average age of their squad over the past two seasons. And traditionally, big-money deals that keep players at the club well into their thirties are not handed out. There are simply too many unknowns.

Yet exceptional players require exceptional circumstances. Lukaku, for example, was handed a five-year contract when he rejoined Chelsea from Inter Milan this summer. The Belgian striker is the same age as Rudiger and will celebrate his 29th birthday just two months after the centre-back.

Rudiger proved against Zenit last night he can be just as important as the club-record signing. For that reason, Chelsea should pull out all the stops to ensure Tuchel's aggressive leader remains at Stamford Bridge in the years ahead.