There was understandable trepidation among the Chelsea supporters who travelled up to Goodison Park on Saturday morning. Too often in recent years, they have watched their side produce meek performances on Everton's turf. Too often, they have made the return journey back to London disappointed.

That this was the opening game of the campaign perhaps aided Chelsea. The atmosphere inside Goodison was still intimidating but the ferocity that overwhelmed the Blues' players in this fixture last term was absent. Also missing was Dominic Calvert-Lewin, and that coupled with Salomon Rondon's suspension meant Everton didn't have a recognised striker to call upon.

Chelsea were able to pin Everton back into their own half as a result. They dominated possession in the first half but struggled to find a through the Everton backline. That was until Kalidou Koulibaly slipped a pass into the feet of Ben Chilwell inside the Everton penalty area and he went down under pressure from Abdoulaye Doucoure. A penalty was awarded.

Jorginho stepped up from 12 yards and – up against Jordan Pickford, the goalkeeper who saved his penalty in the Euro 2020 final –confidently converted. That proved enough to get Chelsea over the line, although the Blues did have further opportunities to add to their lead.

"It's always about the win when you play Premier League," said head coach Thomas Tuchel "A win is a win and it's most important because it's what we play for. It's important to build confidence, belief, the atmosphere, and also to be open to improvement and criticism because there are a lot of things to improve.

"There are also a lot of good things to take away. We have struggled in the last years to steal the points here and win and today we got all three and a clean sheet. From here we go."

The victory was the twentieth occasion Chelsea have started a Premier League campaign by taking all three points. That is a record only Manchester United can match since the formation of the league in 1992.

There were very few surprises in the starting XI named by Tuchel, which included summer arrivals Kalidou Koulibaly and Raheem Sterling. Marc Cucurella, who completed his move from Brighton and Hove Albion yesterday, was also introduced in the second half by Tuchel as Chelsea attempted to see out the game.

The trio were signed for a combined £143m and all three produced positive displays. Koulibaly was dominant defensively and, as highlighted above, played the key pass of the game to unlock the Everton defence. The 31-year-old wasn't quite able to complete the whole 90 minutes but showcased why he will be a fine Antonio Rudiger replacement.

Sterling, meanwhile, brought a new element to Chelsea's attack. The England international, particularly in the opening 45 minutes, was inventive in possession and sharp in his movement without the ball. Had Sterling been a little more fortunate, he would've found the net in the second period with a close-range effort that was deflected just past the post.

Cucurella was brought on for the final 15 minutes of the contest, although there were an additional ten added. The Spaniard had just one session with his new teammates before the game yet was assured and impressive in his use of the ball. It was as promising as a cameo from a new signing could produce.

Even the return of Premier League football couldn't quite steal focus from the transfer window. That was because ahead of the contest, news emerged that Marcos Alonso had asked not to be included in the Chelsea squad amid strong interest from Serie A giants Barcelona.

The 31-year-old has spent six years at Stamford Bridge but with less than 12 months remaining on his contract, is ready to depart for Camp Nou. And when asked by football.london to clarify whether Alonso was absent at Goodison Park because of the interest in his services, the German replied: "That is the case. He tries to leave and we agreed to this wish.

"That's why it would not have made sense to put him on the pitch today. He would've been on the pitch otherwise but in this situation, it was the right thing to do." 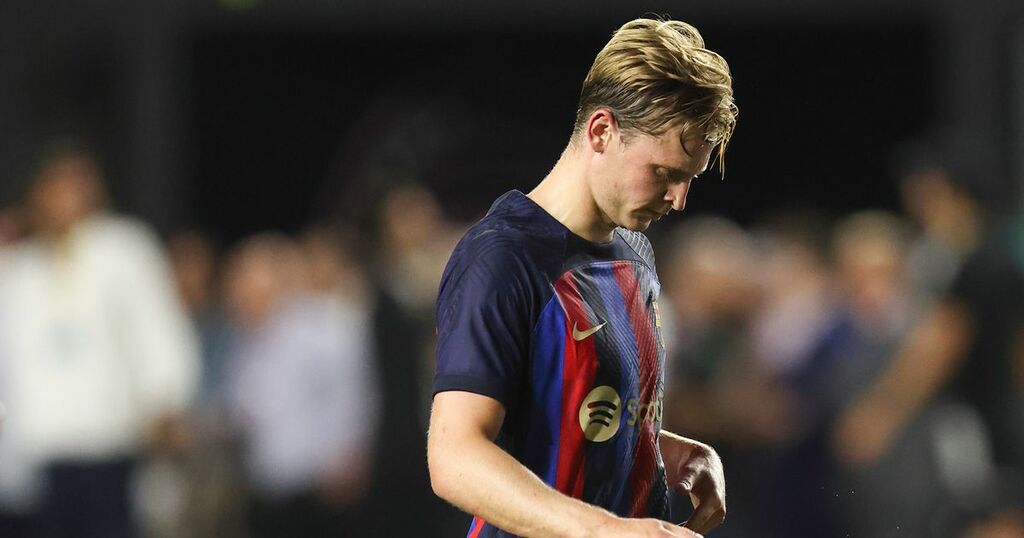 Football London
From analysis to the latest developments in health, read the most diverse news in one place.
Thomas Tuchel confirms Marcos Alonso trying to leave Chelsea amid Barcelona interest

The latest Chelsea news from football.london on Sunday morning

Football London
One place to find news on any topic, from hundreds of sites.
Thomas Tuchel reveals he had 'no choice' in Ben Chilwell and Marc Cucurella Chelsea decision

The Blues left out two senior left sided defenders to include their new £55m signing.