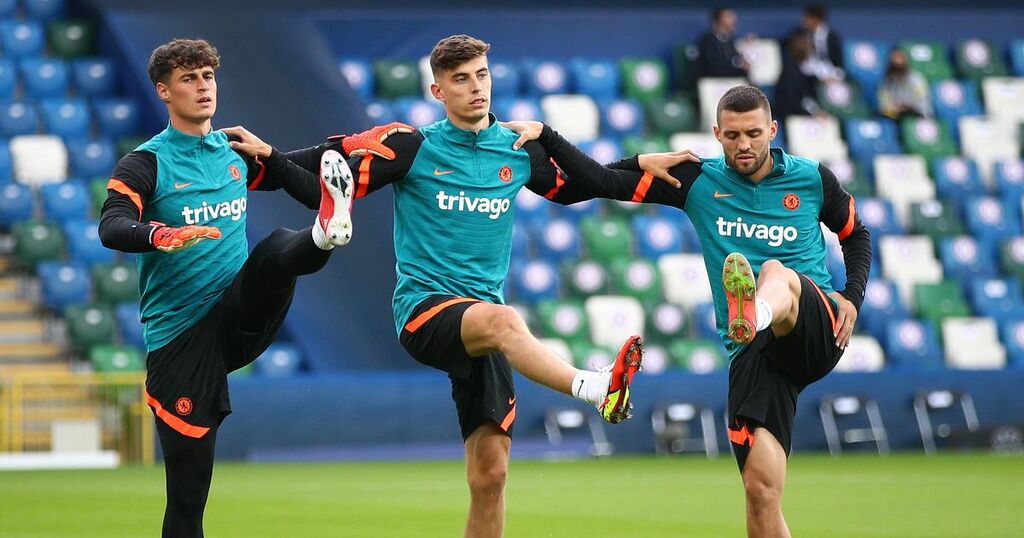 Welcome to our football.london CareFree Chelsea daily news round-up. Maybe not the first, we've definitely done transfer round-ups before, and European round-ups, so I guess in some ways it's not that new at all. Anyway, we thought we would enter the world of football in a broad and roundabout manner for you and have some fun with some of the stories and captions doing the daily rounds.

Blues firing on all cylinders for club and country

Romelu Lukaku reignited his goal-scoring form after four Chelsea starts without a goal as Belgium narrowly missed out on a place in the UEFA Nations League final.

Roberto Martinez's side led 2-0 at the interval against France thanks to an inspired first-half display from the Blues' number nine.

But, in typical world champion fashion, Dider Deschamps' side crawled back into the game to level proceedings before Theo Hernandez's last-minute effort fired the French into the final.

Conor Gallagher, who is on loan at Crystal Palace from Chelsea, netted in England's under-21 2-2 draw with Slovenia.

Chelsea were due to play in the Club World Cup between December 9th - 19th as the reigning Champions League winners, but FIFA are set to postpone the mini-competition until next year, according to the Mirror.

The hosts, Japan, have already had to withdraw over safety concerns because of the current Covid climate in the country and FIFA are yet to confirm an alternative host.

The report claims that FIFA are set to make a decision in their next Council meeting on October 20th and that the tournament will likely be switched until early 2022.

Although the competition poses a great opportunity for Chelsea to pick up their third piece of Silverware before the New Year, the Blues would be saved from extensive travel in a period of the season that is densely packed with games.

Chelsea are set to challenge Manchester United for the signature of 16-year-old Stoke City striker Emre Tezgel, according to The Daily Mail.

Tezgel has been dubbed as the 'new Harry Kane' having turned heads playing for Stoke’s youth sides after making his debut for the under-23s at the age of just 15, while also netting seven in four matches for the under-18s this season.

Gareth Owen, head of the academy at Stoke, compared the youngster to the England and Tottenham captain as the interest in Tezgel intensifies.

"Tezgel’s a Harry Kane-type centre-forward,” he told Stoke-on-Trent Live. “That gets bandied about but his movement is good, he can hold the ball up and he is decent in the air.

"His main attribute, though, is his finishing and that’s what good centre-forwards have. He plays like a seasoned pro, pulling off at an angle, giving little nudges to the centre-back and making space.

“It’s great to have that bank of knowledge already at his age.”

Maurizio Sarri remains hopeful of signing Kepa Arrizabalaga from Chelsea at the end of the season despite failing to prise the Spaniard away from west London in the summer, according to Italian outlet Corriere dello Sport.

Kepa joined the Blues from Athletic Bilbao in 2018 for £72 million and began life at Stamford Bridge on the front foot under Sarri's tenure.

However, at the end of the season, the Italian boss left for Juventus and Frank Lampard was appointed but Kepa wasn't able to reach the same heights under the club's all-time top goalscorer.

The Spanish shot-stopper was in the firing line after a series of mistakes and was low on confidence which ultimately led to the signing of Edouard Mendy.

Chelsea's approach in nursing the goalkeeping situation can be likened to Jurgen Klopp's, following Loris Karius' display in the 2018 Champions League final against Real Madrid.

Both Liverpool and the Blues went on to immediately sign future Champions League winning chess pieces for their sides, but now by either selling or loaning Kepa would complete the imitation.

Follow our CareFree Chelsea trends writer Jake Stokes on Twitter to get involved in the discussion and give us your thoughts in the comments section below.