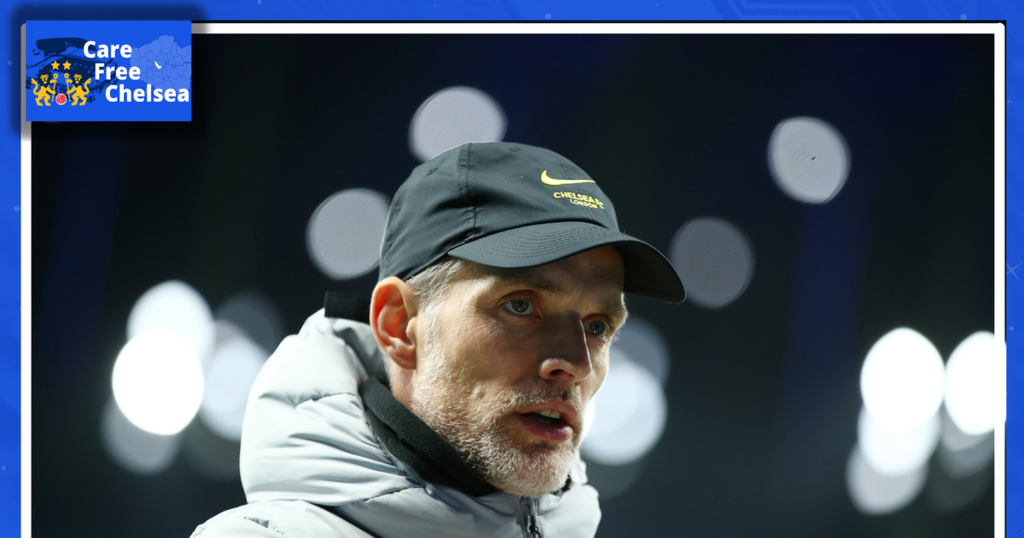 The almost tedious nature of Chelsea's Carabao Cup semi-final second leg at the "as yet untitled" Tottenham Hotspur Stadium on Wednesday night best summarised their continued ascent under Thomas Tuchel.

Although this two-legged triumph did not come against one of Europe's finest squads, it certainly had the controlling feel of those spring nights last year as the German plotted his path to Porto. Chelsea's 3-0 aggregate win over their bitter London foes marked the fourth major final for Tuchel in under 12 months since his appointment.

Further to that, as journalist Miguel Delaney noted at full-time, they have reached the final in every knockout competition Chelsea have entered under the German.

From the opening moments of Wednesday's second leg, Chelsea looked imperious and inevitable. Despite all of the pre-match noise made by their supporters, Spurs always gave the look of a beaten side.

You can point to the two overturned penalties by VAR and Harry Kane's offside strike – all correct decisions. But Tuchel's men reacted to them without fluster, almost too calmly as their coach indicated post-game.

"We lost a bit of control, focus, some important duels and were lucky that suddenly we didn't concede," Tuchel recalled.

"We were a bit sloppy and weren't fully aware of the danger. I had the feeling on the touchline we were playing with fire. We had many ball losses, lost many challenges one-on-one.

"So big space to improve, it wasn't a super bad game, but it was an ok game and there were some moments and minutes there were good. But there are some that need huge improvement."

There were jokes made about Tuchel having to refer to Chelsea's press officer in Tuesday's pre-match press conference when he was asked if he feared any complacency creeping into his side's game given their 2-0 lead.

Tuchel does not know the meaning of the word and his almost irritated response to his team reaching a major final infers he has no intention of becoming friendly with it anytime soon.

But now Tuchel's Chelsea have the chance to dent one of Manchester City's treasured records on February 27th.

Pep Guardiola's men had won this competition four times in a row, beating Chelsea the last time they reached this stage under Maurizio Sarri in 2019. But their penalty shootout exit back in October to West Ham ensured their grip on the competition would be loosened for 2022.

Tuchel will hope to usurp Guardiola once more on Saturday when Chelsea face City in the league, an undeniably defining game where a home win would see the European champions fall 13 points behind the league leaders, a gap you would assume would prove insurmountable.

But a second victory in a row at the Etihad for Tuchel might inject new belief into a title race that has lost its edge over Christmas amid cancelled fixtures and City's relentless form.

Manchester City have no say on Chelsea potentially picking up their third major trophy in under 12 months after Tuchel maintained his incredible record of being unbeaten in the semi-finals, the sort of dominance an early Jose Mourinho once enjoyed on the Fulham Road.

Tuchel's clear warning to his squad underlines that the levels required to match Manchester City are unrelenting and ruthless, even if Chelsea looked miles better than their London counterparts here, Tuchel knows those brief lapses in concentration are what has seen the gap to City widen over the past month.

The 48-year-old, who will celebrate his one-year anniversary at Stamford Bridge on January 26th, has grasped the fact that - at Chelsea - only silverware ensures you more time and that is an expectation he has met emphatically since arriving.

Tuchel is also helping to maintain Chelsea's frankly ridiculous record under Roman Abramovich of reaching cup finals since his takeover in 2003, and the Russian will hope this next step for his head coach can help towards overthrowing their Manchester rivals in the Premier League.