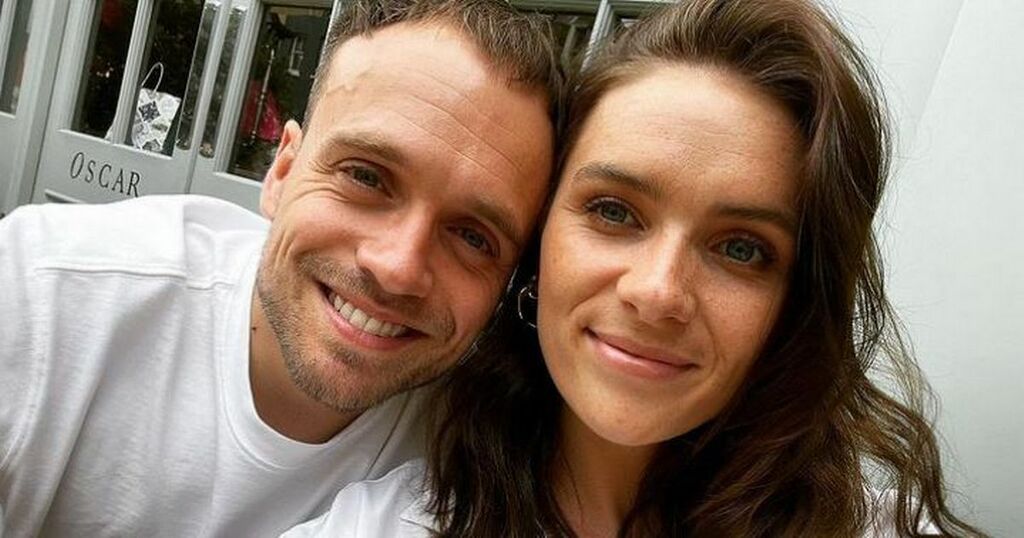 Chelsea Halfpenny has revealed she is going to tie the knot with James Baxter, the actor she "fell in love with" at first sight when they met as teenagers.

Former Casualty and Emmerdale star Chelsea, niece of fellow Geordie actress Jill Halfpenny, first met James, who himself went onto star in Emmerdale, but not at the same time as his future wife, at an acting workshop when she was just 14.

And she's happy to admit that while she had a huge crush on him from the get-go, she isn't sure she grabbed his attention.

Speaking to The Mirror, Chelsea, 30, who is now treading the boards in hit musical Waitress, said: "If you’d told those two teenagers then that they’d be getting married 16 years later they’d have thought it was mad!

"I really fancied him and he did not fancy me at all! He’s a year older and I thought he was really cool, but I also remember thinking – ‘Well, no wonder he’s not interested, because he’s just so much older than me!’"

She added: "We never kept in touch because he had no interest in me at all.

“I just really remembered him because I liked him so much.”

Chelsea explained that she and her now fiance James ran into each other by chance at the National Television Awards in 2018.

Chelsea, who was at the annual event with her Casualty cast mates had been given the lowdown on James from her pals at Emmerdale, with him leaving the ITV soap a year before she joined.

James was at the 2018 bash as one of the cast of BBC's Still Open All Hours and Chelsea describes their chance reunion as a twist of fate, saying: "We bumped into each other... the stars just sort of aligned.

“It was another six months before we got together and this time it was the other way round – he was chasing me!

“It was soon after we got together that I told him I’d fancied him as a kid. I don’t think he believed me to start with!”

After she and James got engaged, Chelsea took to Instagram to post: "He liked it so he went and put a friggin ring on it!!!!!!!! Obv changed his name to ‘FIANCÈ.’

"Immediately on my phone. Also congrats to my 14-year-old self on managing to get the boy with the spikey hair that she fancied so much."

Chelsea, like her auntie Jill, got her first TV break on hit CBBC show Byker Grove and, also, just like her famous relative is also regular at famous Geordie event Sunday for Sammy.