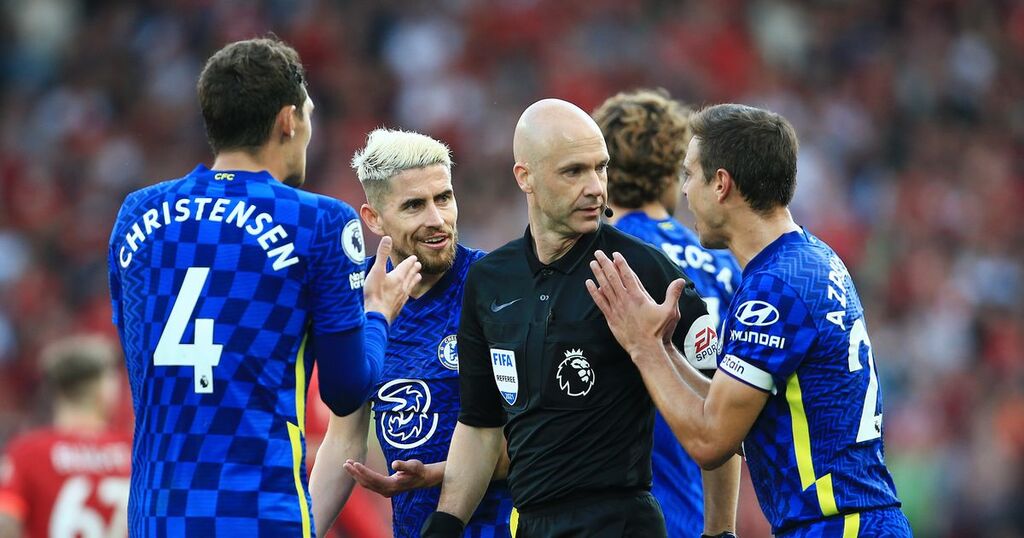 Chelsea have been handed a £25,000 fine after their players were deemed to have not behaved in an orderly fashion during the Premier League clash with Liverpool.

Blues players where aghast when the Reds were awarded a penalty and Reece James sent off after VAR judged the defender to have handled the ball in first half stoppage time.

Referee Anthony Taylor did not award the viewing at first glance but wasted little time in changing his mind when it was recommended he took a second look at the incident. A number of Chelsea's stars looked bemused when the decision became apparent.

Mo Salah dispatched the resulting penalty, and in the aftermath both sets of players came together in a minor confrontation before Chelsea's stars pleaded their case to Taylor when the whistle was blown for half time.

Thomas Tuchel's side had until September 3rd to appeal the two breaches of FA Rule E20.1. However, the club took responsibility for the charges that had been levelled at them.

The FA update said: "Chelsea FC has been fined £25,000 for two breaches of FA Rule E20.1 which occurred during their Premier League fixture against Liverpool FC on Saturday 28 August 2021.

"The club admitted failing to ensure that its players conducted themselves in an orderly fashion during both the 48th minute of the first half and following the half-time whistle."

The game at an Anfield eventually finished 1-1, with Kai Havertz having opened the scoring on Merseyside before Salah hit his controversial equaliser.