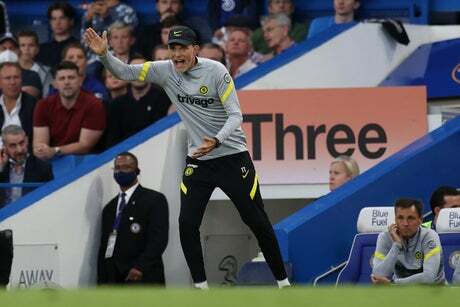 N’Golo Kante will not be risked for Chelsea’s Champions League opener against Zenit tonight – but is expected to face Tottenham at the weekend.

The France international is back in training after suffering an ankle injury against Liverpool before the international break. It ruled him out of playing for his country – and saw him miss Chelsea’s 3-0 win against Aston Villa at the weekend.

The 30-year-old will now be given chance to prove he has fully recovered ahead of Sunday’s showdown with Spurs.

Thomas Tuchel confirmed: “He had two training sessions yesterday and today, but the Champions League game comes a bit too early.

“We won’t take the risk now at this moment of the season.

“So we decided to give him another load tomorrow in training then he will have a day off with all of us, then he will rejoin team training on Thursday, Friday, Saturday, to be absolutely fit and ready for Tottenham.”

Christian Pulisic is also out after suffering an ankle injury on international duty with USA.