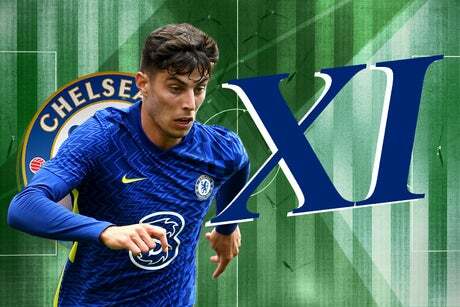 Thomas Tuchel is already missing the injured Reece James and Trevoh Chalobah, while Ben Chilwell has been ruled out for the season.

It means Malang Sarr comes into a back three with at least Thiago Silva available after recovering from his own bout of Covid and coming on as a substitute against Tottenham in the Carabao Cup semi-final on Wednesday.

The return of N’Golo Kante, who is starts, is another boost for Chelsea, who have been hit hard by injuries and Covid this season.

Tuchel believes the number of absences he has had to cope with has handed City a major advantage in the title race, which sees the reigning champions sit 10 points clear at the top of the Premier League.

“The biggest difference so far in the season as far as I’m concerned is that they dealt better with injuries and the Covid situation,” he said.

“Maybe it’s luck, maybe they do it better, whatever, but they have less injuries from key players, less players out and less weeks where they miss them. And they did not suffer from Covid as we did over many weeks.

“So this is a huge difference. Because we had some draws in the season that were unnecessary, and if you have the full squad you create a certain atmosphere that pushes everybody to the edge.

“And you need to be on your edge and at the very highest level if you want to compete with Man City.

“They are the benchmark, they are the best team in England right now. This is something we have to admit realistically.”