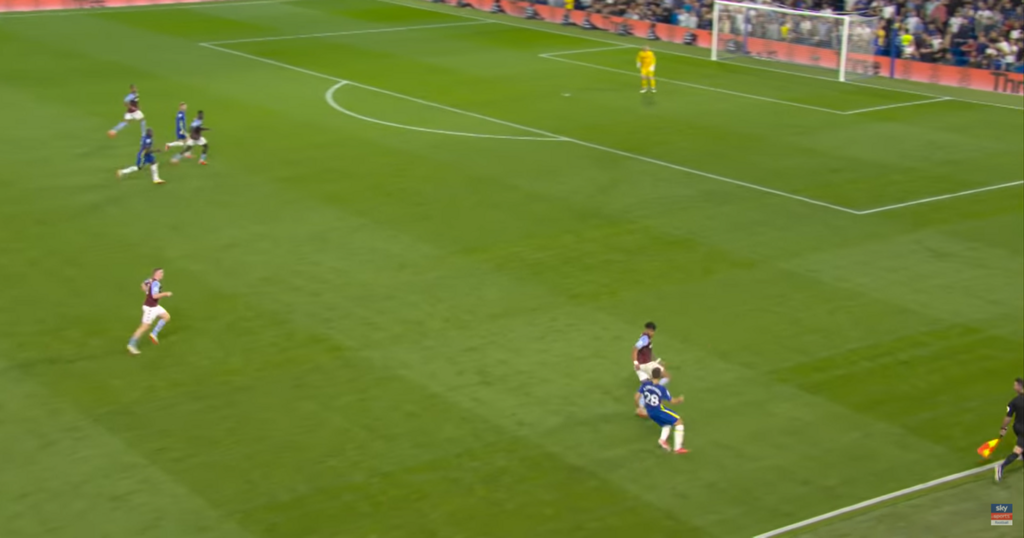 Chelsea supporters had plenty to celebrate on Saturday evening.

The 3-0 win over Aston Villa allowed Thomas Tuchel's side to not only exact a measure of revenge following defeat on the final day of last season, but it also put them alongside Manchester United at the top of the Premier League table.

In addition, there was the first sighting of deadline day loan signing Saul Niguez - although he endured a debut to forget - and Callum Hudson-Odoi got some minutes in a more advanced position.

Mateo Kovacic capped an impressive performance with an assist and a rare goal, but perhaps the biggest celebration of the evening was for Romelu Lukaku's impact.

Making his first appearance at Stamford Bridge since rejoining from Inter Milan in the summer transfer window, the Belgium international delivered a ruthless display of finishing.

Lukaku only had two efforts on goal and they both resulted in goals.

With that type of impressive conversion rate, it's no surprise that Chelsea are being touted as genuine Premier League title contenders.

It's now three goals in as many games for Lukaku since returning to west London for his second spell and one may argue that his most recent strike is his best yet.

Receiving a pass from Chelsea captain Cesar Azpilicueta, the striker took a couple of touches to get the ball out of his feet before unleashing an unstoppable effort into the roof of the net.

A goal made all the more easier on the eye after what Azpilicueta did in the build up.

As spotted by a number of Chelsea fans on Twitter, the Spaniard managed to nutmeg Tyrone Mings as he galloped down the right-hand side before finding Lukaku.

@JLSandberg said: "Azpi with a cheeky nutmeg and Lukaku fires it into the top corner ! What a signing he has been."