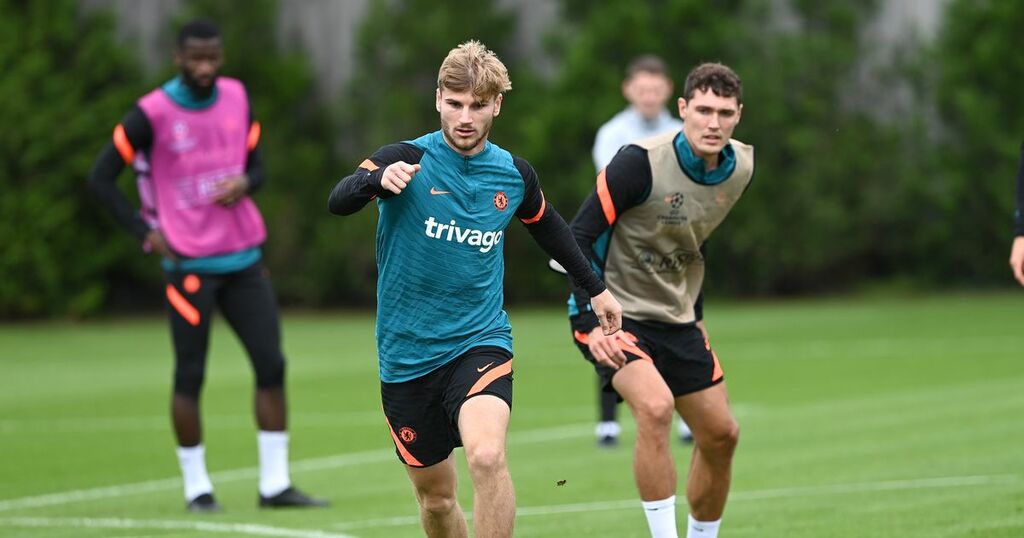 The Belgian hit the ground running scoring fours goals across four games, instantly become an untouchable pillar in the Blues side and blocking avenues of redemption for the Germany international.

Werner, who joined the west Londoners last summer from RB Leipzig for £47 million, failed to reach the same heights in his maiden season as Lukaku has already done.

After a difficult start to life in the Premier League amid the Covid climate, Werner has finally been able to settle and find his feet flourishing for the national team, scoring in each of his three previous appearances for Germany.

However, despite a thriving start to the season for Germany, upon return to club duties, Werner has played just eight minutes for Chelsea.

The 25-year-old striker hasn't yet been able to emulate his international pastures for the Blues having suffered diminutive game time.

Jai Mcintosh, our social producer, spoke with Daniel Childs and Anita Abayomi, our Carefree Chelsea writer and presenter duo, to delve into Werner's unique situation discussing whether he should be handed or earn a chance, live on the Carefree Chelsea show via football.london's Chelsea Facebook page.

Childs kickstarted the discussion noting how Tuchel's reluctance to field Werner in any capacity versus Zenit may have sent the striker a damning message to earn his right to play now that there is strengthened competition.

"I found it very interesting that Ben [Chiwlell] got onto the pitch last night but Timo didn't," he began. "I feel that is a message being sent to Werner.

"I think it is a good message that he isn't just going to be handed bundles of opportunities like he was last season. That he's going to have to earn his place in this starting eleven, which I think is right."

Childs added how he was surprised by Werner's omission from the team to face Zenit, claiming it was a fixture made for the German to give Lukaku a rest.

"I find it interesting that Tuchel hasn't gone to Timo a lot in recent games," he continued. "This was a game he could've started Timo in but he didn't."

Childs then averred that Werner's skillset limits him to certain games, insisting that the game against Zenit wasn't tailored for him with the Russian side sitting deep in a low-block.

"I don't think the Zenit tie was a game for Timo," he said, as Mcintosh nodded in agreement. "We were up against a low-block who were restricting space."

Abayomi disagreed, noting the striker's fruitful displays for Germany and alluding that it may be Tuchel's inability to craft a suitable system oppose to Werner's misfortunes.

"I disagree with this whole notion that Werner doesn't do well against low-block sides," she said, staking her claim for the Blues talisman.

"There are different ways to play Timo and the fact I have seen Timo do well with low-blocks for Germany, it's clearly not a Timo problem it's a team problem.

"He does find the spaces when he plays for Germany against low-block teams, he does the goals and he does find the passes to him; so that is the difference between Chelsea and Germany."

Do you think Werner's goal-scoring woes for Chelsea stem from Tuchel's tactics? What do you think is missing for Werner? Let us know in the comments below! Follow our CareFreeChelsea team - Jake, Jai, Anita and Daniel - on Twitter to get involved in the discussion