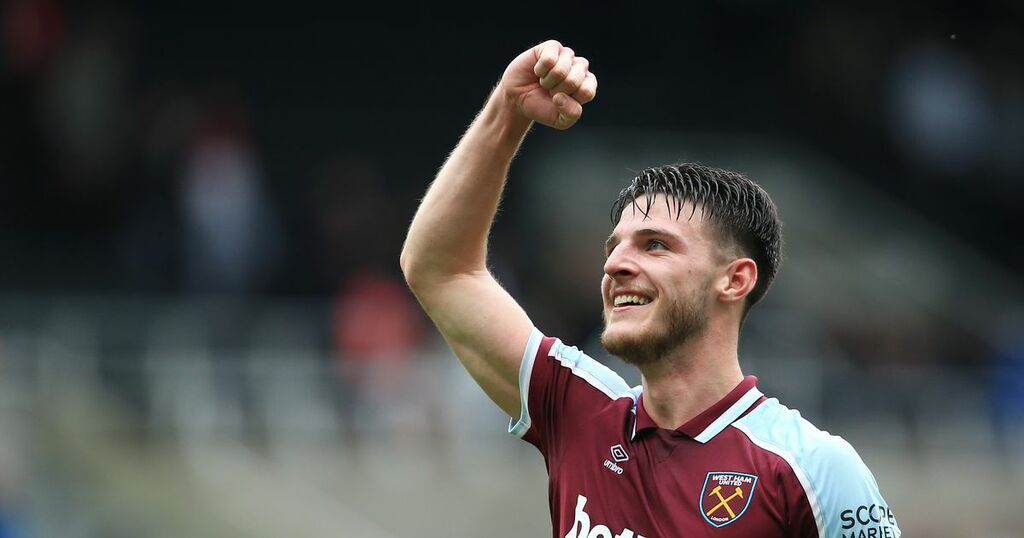 Chelsea fans on social media have called for the club to ditch plans to sign England international Declan Rice.

The 22-year-old has been linked with a move away from West Ham, with Chelsea, Manchester United and Manchester City all rumoured to be considering coughing up for the £100million-rated player.

But some Blues fans don't seem keen on a move for the defensive midfielder.

One fan took to Twitter and asked: "Why are countless Chelsea fans on here so against signing Declan Rice?

"I see no reason why we shouldn’t be signing a player of Declan’s quality other than the potential price tag involved (not our money so why care?).

"He’s also nowhere near his peak either. No brainer for me."

One fan replied: "Not a bad player, but he’s the exact opposite of the type of DM we need. He’s the anti-Jorginho."

Another wrote: "Not progressive enough on the ball and there’s plenty of other options out there that suit us more."

A third replied: "A more technical oriented DM is needed in our system."

But some supporters would like to see Rice pull on a Chelsea shirt.

Another replied: "Anyone with a half a brain realises how good Rice is."

Following England’s recent 1-1 draw with Poland in World Cup qualifying, the midfielder appeared to head towards a portion of the crowd to express his gratitude and take a few photographs.

Whilst there though, a Chelsea shirt was draped over the edge of the stand, with a particularly confident fan saying "you know where to go."

Rice spotted the supporter but appeared to remain impartial and then chose to turn around to rejoin his Three Lions colleagues in the dressing room.

Chelsea will reportedly sign current loanee Saul Niguez if he impresses during his loan stint in west London which could mean that the Blues shift their focus away from Declan Rice in the next summer transfer window.