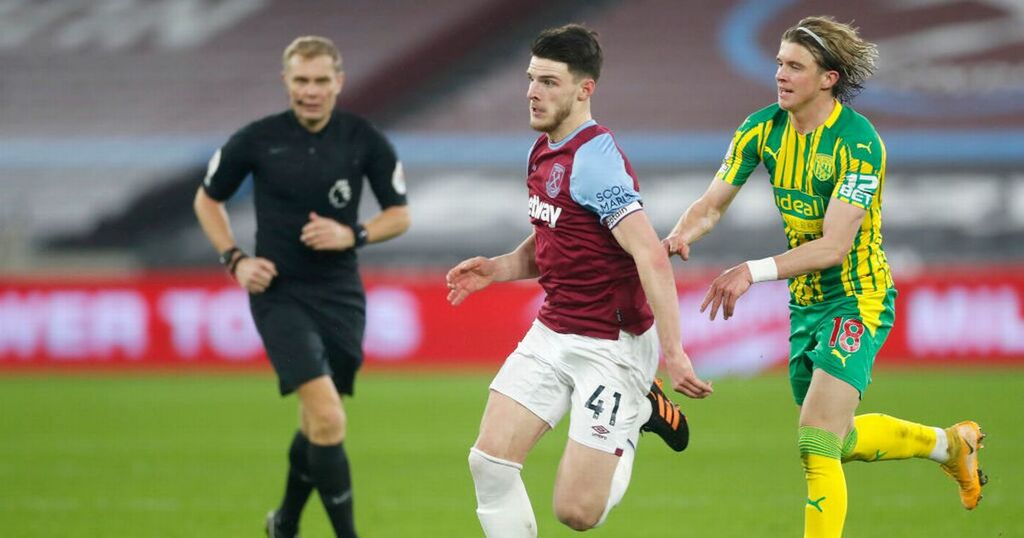 Last season, Chelsea had a strong midfield unit at their disposal. With the summer addition of Saul Niguez, they arguably now boast one of the best in the Premier League

The Spaniard joined the Champions League winners during the summer on an initial loan deal from Atletico Madrid but with a £30 million option to buy in a year's time. Adding him to compete with Jorginho, N'Golo Kante and Mateo Kovacic is a statement of intent from Thomas Tuchel if ever there was one.

But the German is keen not to rest on his laurels. West Ham United's Declan Rice is widely reported to be high on his wish list for next summer with the Blues not yet deterred by the Hammers' £100 million asking price.

Rice also reportedly rejected a new deal at the London Stadium during the summer after becoming frustrated with the price tag placed on him by the club.

While it is a move that would excite the fans and no doubt improve the first-team significantly, it would put a huge blockade in both Billy Gilmour and Conor Gallagher's paths to the first-team.

The academy graduates have been sent out on loan to Norwich City and Crystal Palace respectively this season, with Gallagher in particular making an impressive start to his temporary spell, scoring a brace away to West Ham before the international break.

It seems likely that regardless of the levels the pair reach this season, they may sit, at best, sixth in Chelsea's midfield pecking order if Rice is signed and Saul stays with the club.

But it is possible that Pep Guardiola and Manchester City could be their saviours.

It was reported by Eurosport earlier this week that the blue half of Manchester had joined the chase for Rice's signature, which may help West Ham get a better deal for the England midfielder, should they choose to sell.

Gallagher and Gilmour may also be crossing their fingers in the hope that City win the race.

Not even their age would be of much benefit to them in a battle with Rice, with the Hammer just one year older than Gallagher and two years older than Gilmour.

Under a manager that favours rotation like Tuchel, it is not beyond the realms of possibility that one or both of the midfielders would be able to compete with Jorginho, Kante, Kovacic and Saul (presuming he stays), especially with Chelsea likely to be battling for four trophies.

But, should Rice arrive, that window of opportunity will close to a crack, if not slam shut completely.