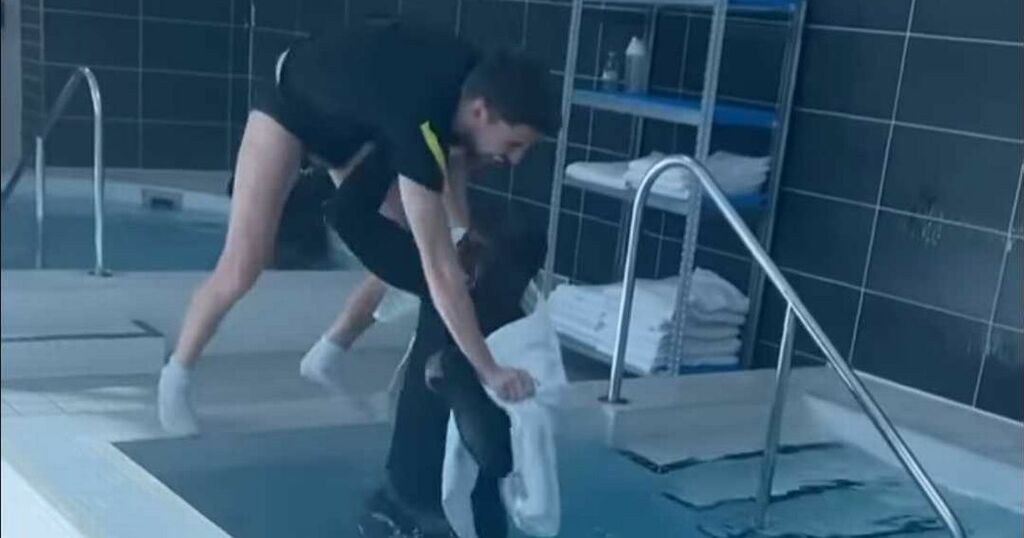 Chelsea defeated Leeds thanks to goals from Mason Mount, Christian Pulisic and Romelu Lukaku as Dan James picked up a…

The success of Chelsea's season may well hinge on Saturday afternoon. The Blues take on Liverpool at Wembley in the FA Cup final as Thomas Tuchel's men look to take revenge on the Reds following February's Carabao Cup final defeat.

Chelsea goes into Saturday's showdown off the back of a much-needed 3-0 victory over Leeds United on Wednesday evening. Goals from Mason Mount, Christian Pulisic and Romelu Lukaku were enough for the Blues to claim all three points at Elland Road.

It saw Kai Havertz, Timo Werner and Hakim Ziyech all start on the bench in Yorkshire. The three-goal display from Chelsea now leaves Tuchel with a selection headache ahead of the FA Cup final.

So, with all of this being said, football.london's Chelsea writers debate who should make up the front three when the Blues and Liverpool walk out at Wembley on Saturday. Let us know in the comments section below whether you agree or not...

I don't think Thomas Tuchel can be too reactionary going into the FA Cup final. He's got to remain emotionless, cold, calculated. It's the only way to beat Liverpool at Wembley. And that it's why I don't think he'll start Romelu Lukaku, despite the Belgian having scored three goals in his previous two matches.

I personally feel that would be the right call. Chelsea needed Lukaku to find some form and his second goal, in particular, against Wolves, was a sign of what he can produce if given the right service. Yet he still doesn't do the volume of off-the-ball work as Kai Havertz, and that will be hugely important against Liverpool.

The German didn't feature on Wednesday night against Leeds, and I suspect that was to keep him fresh for Wembley. Havertz will be hugely important. And I feel the best options alongside him are Mason Mount and Christian Pulisic. That trio started the Carabao Cup final, and Chelsea created plenty of chances to win the game that day.

I do think Lukaku has a role to play at Wembley, though. Liverpool's high defensive line is much discussed and debated, and I think bringing the Belgian forward into the game against tiring legs could prove hugely important no matter the game state. So no, I wouldn't start Lukaku. But that doesn't mean I don't think he can have a big role in the FA Cup final.

Lukaku simply has to start. At this point, he's arguably the first name on the team sheet when it comes to attacking players. Imagine saying that a couple of weeks ago? You'd have been laughed off.

This is the reality, though. The thought or suggestion of including Lukaku in the XI over Havertz would not have seemed feasible. Right now, who could argue with that? Havertz has been left on the bench for the last two matches, allowing others to flourish in his absence.

Pulisic has made a real claim to be in the starting line-up against Liverpool. The American looked a real handful in the draw with Wolves at the weekend, and he was superb again versus Leeds on Wednesday. He took his goal really well and showed some excellent link-up play with Mount.

Mount, meanwhile, has been tremendous for Chelsea all season, really, and was once again the catalyst for the Blues against Leeds. Like Lukaku, he has to start, for me. The main question is the third slot in the front three - but based on recent performances, I'd go with Pulisic.

Mason Mount - goals, assists and a massive point to prove after his performance against Liverpool in the Carabao Cup final in February. Since then, the talismanic Cobham product has shown his ability to impact the scoreline and did so once again against Leeds United with an outstanding goal and a very tidy assist. His rest was warranted for the clash against Wolves, but the 22-year-old has proved consistently he is a necessary component of Chelsea's front three and will start against the Reds.

The scorer of Chelsea's second goal against Jesse Marsch's side, Christian Pulisic, is a figure that Thomas Tuchel has preferred against Liverpool this season. His direct runs have the potential to cause trouble to Jurgen Klopp's high backline, as proven by his goal in January. His attributes probably seem him start ahead of Hakim Ziyech, but it remains to be seen whether Timo Werner was simply rested at Elland Road after his run in the team.

The real debate will come down to Romelu Lukaku and Kai Havertz, however. The Belgian had a goal ruled out in his last outing at Wembley against Liverpool, and three goals in two games is certainly a compelling argument. The 28-year-old produced a greater all-round performance too, but would he be able to do the same in the FA Cup final. Havertz is tried and trusted and well-rested following Lukaku's involvement. Tuchel had reservations about leaving the £97.5 million striker on the pitch on Thursday night, and that could well lead into his thinking at the weekend.

There will be no room for any deficiency in Tuchel's game plan against Liverpool, and they are simply too good. The additional pressing and movement Havertz provides should be enough for him to lead the line ahead of his teammate.

In choosing my ideal front three, there is a simple and obvious answer from me. Stick to what worked. The last two times Chelsea had played Liverpool, they used Christian Pulisic, Mason Mount and Kai Havertz as their front three. Realistically it worked! So why bother changing it? Liverpool's defence had a tough time defending against this sneaky trio.

It's a shame that these three forwards had not been clinical enough to win us the games which ended in a stalemate. Other than the obvious misses and clear cut chances that hadn't been taken, they were quite silky in their link-up. There was a sense of understanding and fluidity between them. This time around, all they have to do is manage their issues in front of goal and focus on being more clinical.

After scoring three goals in his last two matches, I guess it seems wise to choose Romelu Lukaku, right? For this match, in particular, I wouldn't rest my faith in him from the start. Not because I think he can't deliver, no. But because I think Virgil Van Dijk would be up for the challenge. He could get locked up in the pocket of one of the world's best defenders. I say bring him on after 70 minutes when the Dutchman appears a little more run down. The physicality of a fresh Lukaku will wear down the Liverpool defence after 70 minutes. We saw it in the Carabao Cup final.

It's a tricky one to do as I can see the positives to all six attacking players.

To begin with, I think Mount has to start. After his rest against Wolves, he showed why he should be starting. An early goal settled the nerves last night against Leeds, and with ten goals and assists to his name, hopefully, he can go into this match confident and wipe them Carabao Cup final misses out of his head.

Romelu Lukaku has done enough in terms of putting the ball in the net to start.

The toss-up was Havertz or Pulisic, and for me, I'd start Havertz. After his rest, he will hopefully be fully fresh to be his old self after a little dip in form. The fact he's scored big goals for us in finals edges it a little with Pulisic playing most of the match vs Leeds.

Ziyech came on and did really well getting his head up and seeing Lukaku. Werner's form has dipped again and others did well to be ahead of him for me again.

Chelsea defeated Leeds thanks to goals from Mason Mount, Christian Pulisic and Romelu Lukaku as Dan James picked up a…