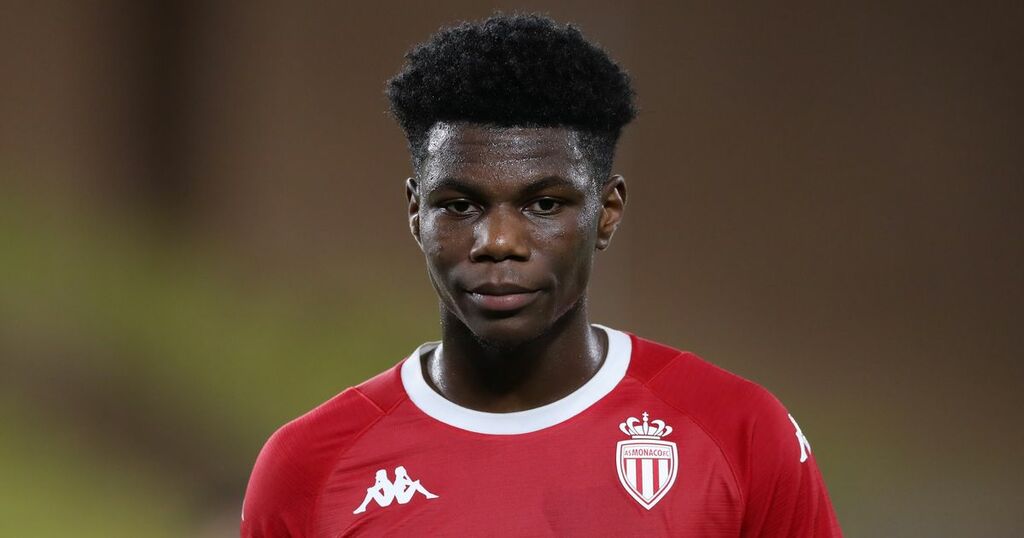 Manchester United are the latest club to be credited with an interest in AS Monaco midfielder Aurelien Tchouameni.

The 21-year-old, who is valued at £31.5million on football database transfermarkt, has less than three years remaining on his contract with the Ligue 1 outfit, but is being strongly linked with a move away from the Stade Louis II.

Chelsea are said to be interested in Tchouameni, who is apparently seen as an alternative to long-term target Declan Rice, but have now been handed a blow in that regard.

According to Fabrizio Romano on his Here We Go podcast, the Blues and Juventus are the France international's main suitors as things stand, but scouts from Man Utd have also looked at the highly-rated youngster.

Paul Pogba has less than 12 months remaining on his contract at Old Trafford and United are seemingly seeking a replacement for the Frenchman, whose future at the club is far from certain as things stand.

United are said to see Rice as a priority signing next summer, but Chelsea are also interested in the England international, football.london understands, and are likely to make a move for his services at the end of the season.

However, West Ham United's stance on Rice remains the same - he is not for sale and any bids for the 22-year-old will not be welcomed by the Hammers.

So, with that said, Tchouameni could be a cheaper and more straightforward option to Rice - but the latest developments suggest that it will not be plain sailing to land the Frenchman.

According to Spanish news outlet Marca, Real Madrid are also keen on signing Tchouameni, but Monaco are demanding at least €60million (£50.9million) for them to even consider the offer for their prized asset.

Carlo Ancelotti is said to have his eye on the youngster, with his desire to freshen up his midfield next summer given the experienced options available to him now.

Pogba is another option for Madrid, the report from Spain claims, but Tchouameni is someone that interests the La Liga giants.